January 2021
Perfection is a utopian fallacy, and the path out of our current abyss resides in our ability to look in the mirror and make amends for what we see in the reflection.
ESSAYS & INSPIRATION
frederick douglass,inspiration,james baldwin,perspective,politics,susan sontag,Thursday Thought 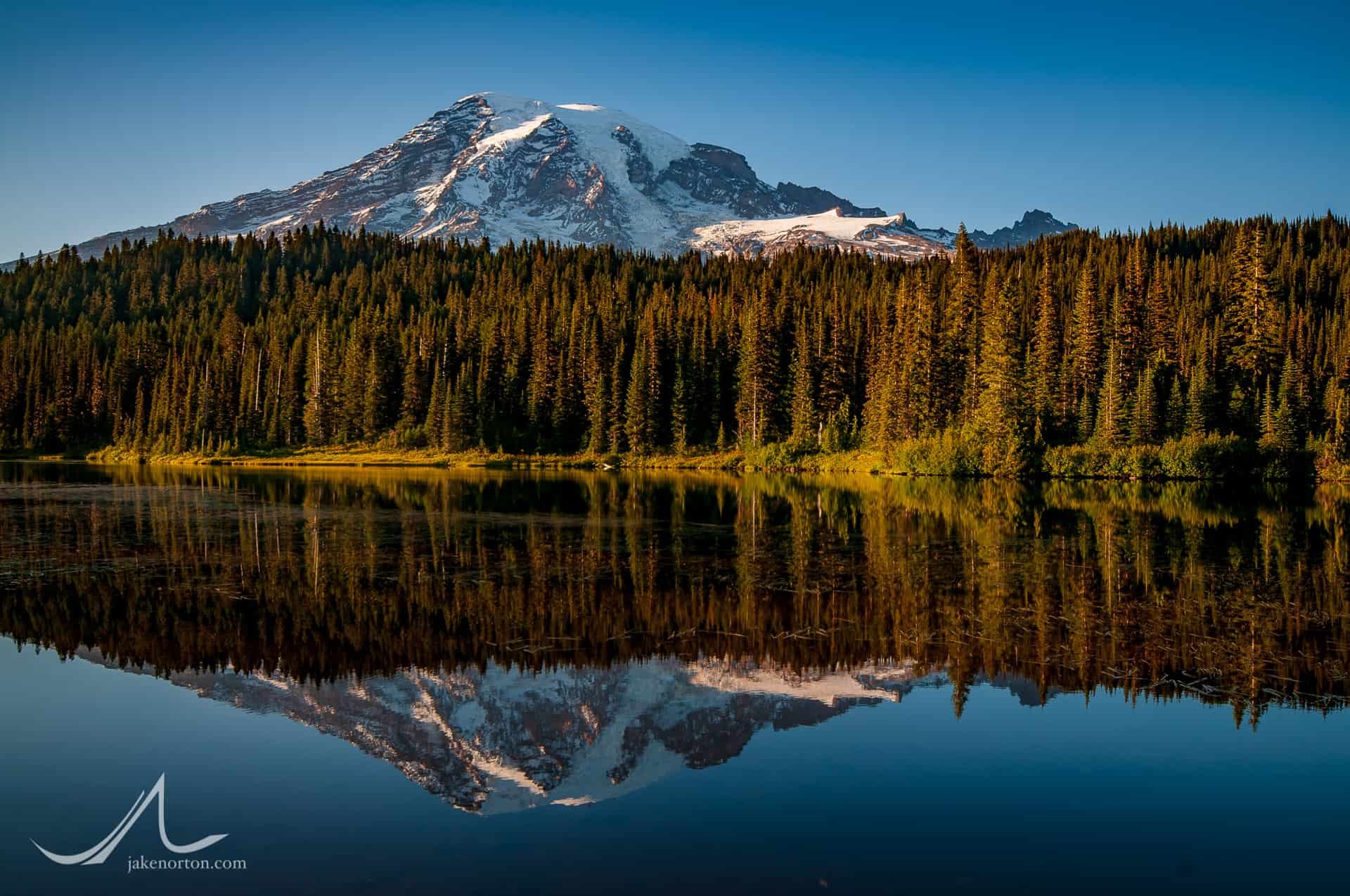 Note: This week's Thursday Thought is a bit premature, coming on this Wednesday afternoon. But, given all that's going on in our nation and our souls, I wanted to publish it sooner than later. Looking forward to any thoughts, reactions, comments, or criticisms you have.

Be well, and be safe.

Like so many of us, I find myself awash with feelings of dismay, frustration, and outright anger and fury at the ever-evolving and ever-deteriorating situation in our country. Myriad questions arise, most without answers:

Sadly, the answers to these questions are not forthcoming, and perhaps not worth asking in the first place. These questions are painfully, tragically rhetorical, and in their rhetoric they disguise the real questions - the important ones and the difficult ones - we all need to be asking our friends and family and neighbors, our leaders and officials, and ourselves:

The answers to these questions are not simple, not sweet, not painless…nor should they be. They require us all to hold up the mirror, to look at ourselves, our society, our side, our worldview, and ask the critical questions, bleed out the pain of truth in search of answers.

In The Gulag Archipelago, Alexander Solzhenitsyn wrote that “…the line dividing good and evil cuts through the heart of every human being.” But, it is a line that I often don’t want to see, don’t want to recognize, and I’d imagine many of you sit with me on that uncomfortable precipice. Acknowledging that line takes courage, for in the acceptance of it is packaged the concomitant acceptance that our side is not perfect, has done wrong, made mistakes, maybe even hurt the ephemeral “other.” Acknowledging that line, that truth, also entails looking painfully and critically not just at our specific side and its mistakes, its travesties, its injustices, but also at ourselves, individually, and the transgressions we’ve made, be it intentional or not, done through birth (like me, a middle-class white male) or through action or inaction. And, through that acceptance comes another, perhaps more painful one: that the “other side” - whichever it happens to be - may have some justification not in their actions per se, but in the beliefs, the feelings and outrages and frustrations, that trigger those actions.

It’s human nature to imbue a degree of holier-than-thouness upon the altar of our own worldview. Trumpers are no less certain of Donald’s infallibility than most Obamians are of Barack’s innate perfection. Democrats of the 1850s believed so completely in the rightness of their agenda they were willing to take our nation to civil war to defend it; Republicans of the same era were equally committed to their vision of rightness and righteousness. I would hazard to guess that the genocidiares of 1994 Rwanda believed completely in their worldview as they massacred a million Tutsis in that horrific genocide, as did Kagame’s militias that chased down and slaughtered the perpetrators - and countless innocents in their midst - in the Democratic Republic of Congo in the years that followed. This certainty of the correctness of one side and the abhorrence of the other fails, however, in one fundamental way: it fails to accept not just the fact of, but even the possibility of, a realm of gray, a land devoid of simplistic black and whiteness, right and wrongness. It fails to see the very real and very pressing reality that maybe, just maybe, both sides have a point, both sides have a grievance and a right to such grievance, and that the solution to the current predicament lies not in plowing headlong into the glory of self-righteous delusion, but rather in looking deeper, probing the cracked and worn fissures of society to see that both sides are hurting, both sides are bleeding…both sides are right, and both sides are wrong.

My point to all this is not that we forgive and forget the horrors of our present predicament, or the vile actions of some that brought us here: These should, and hopefully will, go punished accordingly, reminding us all as I shared a few days ago about the importance of, in Lincoln’s words, “the laws of the country.” But, rather, I hope to remind us (myself included) that the path forward is only through the darkness of true reflection, of seeing and accepting that our side is not the only one, that - in general - rash actions and support of demagoguery are rooted in real or perceived inequality seasoned with a degree of despair, and to move ahead we must hear out those complaints, see those that are real and true and valid, and then work to address them, ameliorate them, and strive toward the equality and opportunity all humans want, need, and deserve.

Years ago, in her keynote “On Courage and Resistance,” Susan Sontag spoke of this conceit about perfection:

The standard that a society should actually embody its own professed principles is a utopian one, in the sense that moral principles contradict the way things really are — and always will be. How things really are — and always will be — is neither all evil nor all good but deficient, inconsistent, inferior. Principles invite us to do something about the morass of contradictions in which we function morally. Principles invite us to clean up our act, to become intolerant of moral laxity and compromise and cowardice and the turning away from what is upsetting: that secret gnawing of the heart that tells us that what we are doing is not right, and so counsels us that we’d be better off just not thinking about it.

- Susan Sontag, "On Courage and Resistance"

When we truly, faithfully, courageously hold up that mirror, when we are willing to risk our cliches, our ingrained sense of rightness and righteousness, we begin to see the need to “clean up our act,” to recognize the “moral laxity” on both sides that led to the current repulsive, untenable circumstance. We can begin to accept that the other side, while gravely incorrect in action and deed, may have some point in reason, and that the only viable path forward is by listening, seeing, hearing, and addressing those concerns, those challenges, those hurts and needs and wants. And, the mirror must go both ways, be pointed at both sides, for it to work, reflecting equally the successes and sins of each side.

On December 3, 1861, abolitionist, activist, formerly enslaved, and photography lover Frederick Douglass gave a lecture at Boston’s Tremont Temple known as "Pictures and Progress.” Speaking about the power of photography to show a perfect vision of society - or facets thereof - which provide stark contrast to the reality, he said:

It [photography] is the picture of life contrasted with the fact of life, the ideal contrasted with the real, which makes criticism possible. Where there is no criticism there is no progress, for the want of progress is not felt where such want is not made visible by criticism. It is by looking upon this picture and upon that which enables us to point out the defects of the one and the perfections of the other.

Poets, prophets, and reformers are all picture-makers — and this ability is the secret of their power and of their achievements. They see what ought to be by the reflection of what is, and endeavor to remove the contradiction.

May we all move onward taking our photographs, holding our mirrors, making an honest accounting of our own steps and missteps, successes and failures, strengths and shortcomings, and become the poets, the prophets, the reformers of today who will bestow upon our children a better tomorrow.

2 comments on “Mirrors, Reflections, and Furies”

To See or Not To See? That is the question for Noel Odell.

On June 8, 1924, Noel Odell reported seeing George Mallory and Andrew Irvine high on the summit ridge of Mount Everest. Did he see them? Could he have seen them? And, where? Was he confused? A series of thoughts, interpretations, and photo analysis on the subject in today's post.