What's In A Name?

October 2021
Mount Everest, or Chomolungma? Peak XV was renamed "Everest" in 1856, after it was discovered to be the highest in the world. But, did the renaming not only ignore history, but also leave something behind?
ESSAYS & INSPIRATION, MOUNTAINS & ADVENTURE
Everest,Everest History,History,perspective 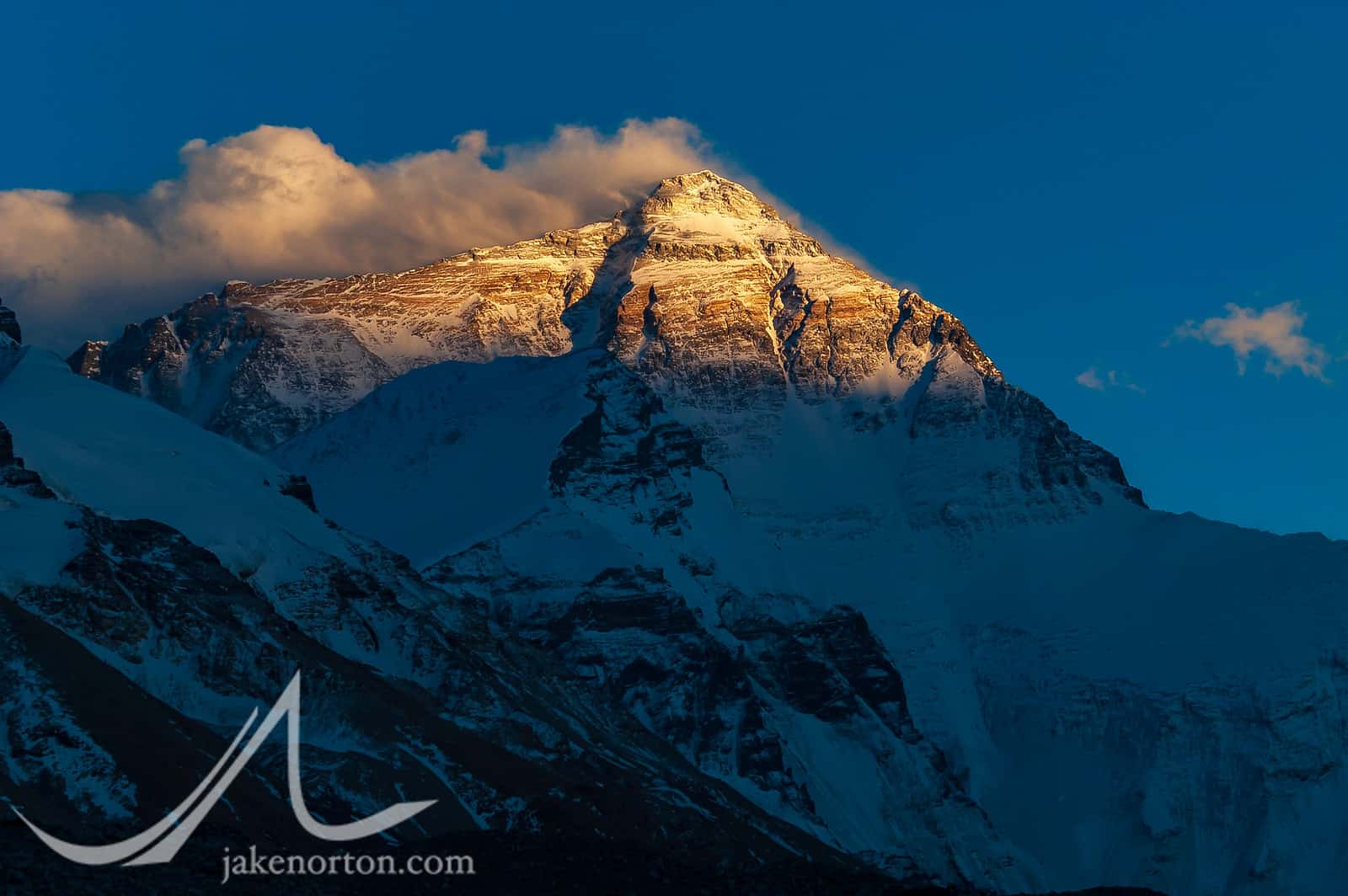 To reach a summit is very palpably to have triumphed over adversity: to have conquered something, albeit something utterly useless. It is the imagined significance of the summit – which is, after all, nothing but a patch of rock or snow raised higher than any other by the contingencies of geology; a set of co-ordinates in space; a figment of geometry; a point without a point – which has largely given rise to the industry of ascent.

- Robert Macfarlane, Mountains of the Mind: Adventures in Reaching the Summit

In 1852, a Bengali mathematician named Radhanath Sikdar made a startling computation: a peak - known unceremoniously as “Peak XV” on maps of the day - stood at 29,000 feet above sea level. If his calculations were correct, he had found the highest peak in the world, stealing the throne from Kangchenjunga, then thought to be the highest. (Kangchenjunga is now known as the 3rd highest peak.)

After much checking and re-checking, Sikdar’s boss Andrew Waugh, the Surveyor General of India, ratified his calculations and declared Peak XV to be the highest mountain on earth. (Interestingly, Waugh thought the round number of 29,000 feet would not be believed, and thus the official announcements pushed it up to 29,002 feet, leading to the joke that Waugh was the first to put two feet on the summit of Everest.) A conundrum quickly arose, as the peak needed a name, and as far as anyone could tell (or chose to tell), no local name existed. In 1856, Waugh suggested Peak XV be renamed Mount Everest in honor of Sir George Everest, the first Surveyor General of India; this suggestion began appearing on maps in 1859, and was officially accepted in 1865.

More than a century earlier, in 1708, a group of French Jesuits began an ambitious mapping project in China on behalf of the Qing Dynasty and Emperor Kangxi to help the Chinese map (and thus retain control of) newly conquered regions, and to help the French better understand the Chinese Empire and its reach.

While allowed fairly unfettered access to the heart of China, the Jesuits were not allowed into the hinterlands - Korea, Turkistan, and Tibet - and thus they relied on local sources for mapping these areas. In Tibet specifically, they relied upon Tibetans themselves for mapping, sending locals and lamas out to conduct two surveys of the region.

The result, completed in 1718, was the Kangxi (or K’ang-hsi) Atlas, a remarkable feat of early cartography. It’s quite a marvel, and became the defacto reference for future mapping of Asia, including Jean Baptiste Bourguignon D’Anville’s maps of the region produced in the 1730’s. Unlike the Kangxi Atlas - with placenames written in Chinese - D’Anville’s maps were transcribed, and his 1737 Carte generale du Tibet ou Bout-tan (General Map of Tibet and Bhutan) shows - west of Paridsong (Phari Dzong) and south of Tinkia (Tingri) - a mountain group called Tchoumour-lancma. This group is seen again in another map, du Tibet, et qui contient les pays des environs du Tsanpou (Tibet, and the areas around Tsanpou [Tsangpo]), this time labeled as Tchoumou-lancma.

To those of you familiar with Mount Everest and its alternate names, Tchoumou-lancma may sound familiar, quite similar to the Sherpa and Tibetan name for the mountain, Chomolungma (meaning “Goddess Mother of the World”), and even the Limbu appellation, Chajamlungma. Look closely at D’Anville’s maps, and you’ll see the placement of Tchoumou-lancma lines up fairly closely with Everest: not precisely, of course, but in reference to other identifiable places - Nialma (Nyalam), Tinkia (Old Tingri, or Shekar Dzong), Lasa (Lhasa), Tchiantse (Gyantse), etc. Keeping in mind that D’Anville was working from the maps of the Jesuits, who in turn worked from notes and information gathered by untrained lamas and locals sent to map these “unknown” territories, and the resulting maps are pretty spectacular.

You may be rightly asking: So, what of it all? Interesting, but what’s the point?

Well, the point is about names, naming, and what information those names convey…and what they leave behind.

1856 - the year Chomolungma became Everest - was the height of European colonial reductionism. Across the globe, blank spots on the map were being frantically filled in, places named and routes recorded in ever-increasing detail. As Robert MacFarlane writes in Mountains of the Mind:

The nineteenth century, more than any other, saw the wild places of the world being franked and hallmarked…it was during the 1800s that the micro-naming properly began. Niches, notches, shoulders, cols, ridges, glaciers, routes: all began to bear the names of climbers and explorers.

- Robert Macfarlane, Mountains of the Mind: Adventures in Reaching the Summit

To be fair, many mountains in the Himalaya retained their historic, indigenous names, but many across the globe did not: Denali was renamed McKinley (reverted in 2015); Tumanguya became Mount Whitney; Tahoma transformed into Rainier; Blue Sky Mountain to Mount Evans, Bear Lodge to Devil’s Tower, and more.

Sir George Everest was a firm believer that mountains should retain their local, indigenous names. But, when Waugh confirmed Sikdar’s calculations of Peak XV, perhaps the temptation to place an indelible Imperial mark was just too great. Waugh and his team argued that no local name could be found or identified. (As Nepal and Tibet were essentially off-limits to outsiders at that time, there was some logic to their argument.) However, as Sven Hedin pointed out in 1926 - and we discussed above - there was ample evidence more than a century prior to Sikdar’s measurements and Waugh’s naming that Peak XV had a local name. In 1921, the permit issued to the Reconnaissance Expedition by the 13th Dalai Lama in Lhasa referenced the peak to be climbed and explored as Chha-mo-lung-ma, and members of the ‘21 expedition were told by locals the mountain was Tshomo Lungma. The pilgrims’ guide book given to the 1936 expedition by the Abbot of Rongbuk stated the name was Chomo-langma, and General Bruce - an old Himalaya hand - wrote in 1909 that the Sherpa he knew well called the mountain Chomolungma. Nonetheless, Waugh and his successors stuck with Everest - as has the world for 150+ years. (The Chinese government has long advocated for a name change, decreeing as early as 1952 - after their occupation of Tibet - that the peak would now be known as Chomolungma.)

Within all this naming discussion, though, there is a shred of an argument for Waugh’s decision (whether he knew it or not): The Jesuit maps, and D’Anville’s versions, and indeed in local parlance, Chomolungma refers not to that little patch of snow atop the mountain, the summit, but rather to the massif as a whole. As T.S. Blakeney pointed out in 1965, to Tibetans, Sherpa, and others, “it is the mountain in its entirety that matters, as one sees with the most sacred of all Hindu-cum-Buddhist mountains, Kailas.”

As I’ve argued here before (and here, and here), the summit is but one part of the massif, of the mountain, of the adventure, and to my mind a part of much lesser significance than the mountain as a whole, the adventure in total. The real point of climbing is not so much the summit, but the journey, the path, and the things we learn, we face, we overcome, along the way. As Greg Child said:

Somewhere between the bottom of the climb and the summit is the answer to the mystery why we climb.

The mystery why we climb. Isn’t that what it’s all about in the first place? Isn’t that why we climb - to taste, however briefly, the divine thrill of the unknown, to step for a spell into the great questions of life, reducing our existence to the merest fundamentals? The summit is a token; the answers lie veiled in the ether, hidden in the mists and snows and labyrinths of that somewhere between the bottom and the top, the beginning and the end. The mystery, the answer, the point of the whole enterprise…it isn’t found atop Everest, it doesn’t lie in the summit snows, there is no epiphany to be had when that final footfall is made.

The mystery isn’t on Mount Everest, it’s within Chomolungma.