It's Not About The Top 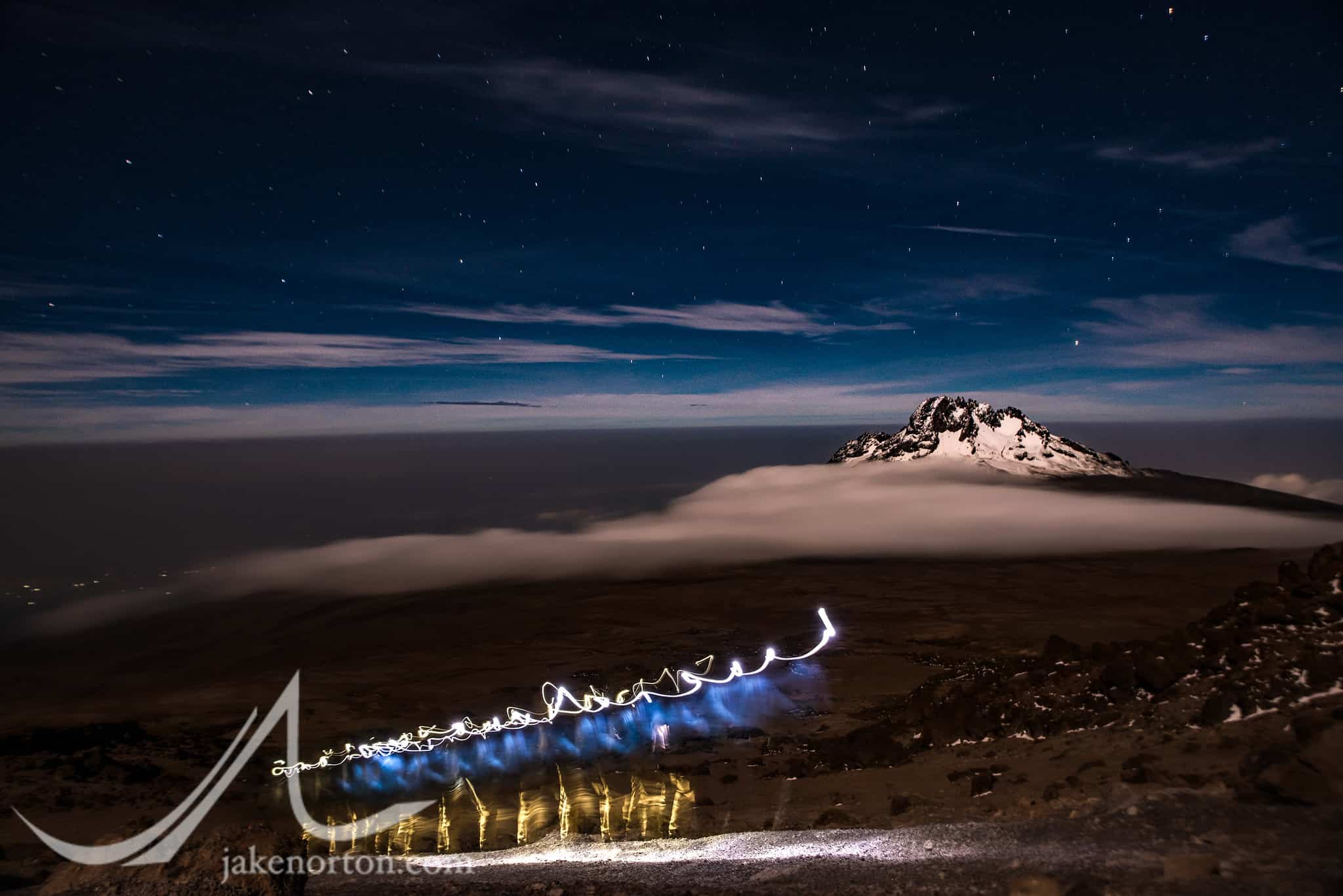 The pale white light from my headlamp shone through dust kicked up as we scuffed labored steps in the cold, inky darkness. Climbing at night is often an exercise in isolation, the broadness of daytime - replete with eye candy to entrance and distract the mind - is all but eliminated, the world pared down to a small spotlight, peripheral vision but blackness.

I couldn’t see much of them; it was cold, and we were all bundled up, hoods and neck gaiters and wool caps pulled tight, trapping heat and increasing the isolation. But, I could hear them breathing - strong, metronomical breathing, forced exhales of pressure breaths as I had coached for days, ad nauseum. That was good. If they were breathing well, they were thinking clearly, their determination was still strong, dedication to the task still high.

At 11, 13, and 14, respectively, Ryrie, Cohen, and Lila were young to be up this high. 18,500 feet crushes a lot of adults, the relentlessness of the route sapping energy, drive, motivation. And, we still had nearly 1,000 vertical feet to go.

Memories of my early days climbing on big mountains came to me suddenly. Rainier and Mont Blanc in 1986, when, like them, I was young - age 12 - pushing into an unknown realm, unsure of both my abilities and my desire. I remembered well the time climbing in the dark, like them isolated by the night and the struggle to just keep moving. The inner voice, its near-constant vacillation between enthusiasm for the task and certainty of the need to give up. The loneliness of it all was demoralizing, crippling in a sense.

“You guys are amazing!” I yelled into the night. “We’re doing it, we’ve got this, just keep strong, one step after another!”

A chorus of breaths - “Whew! Whew! Whew!” - released into the dark, no ambivalence in the footfalls. Commitment, dedication, perseverance. They were still there.

The terrain steepened, chunks of rock encouraging the use of hands at times, telling me we were close to Gilman’s Point, 18,638 feet (5,681 meters), where we’d gain the crater rim. But, it seemed too early; with adult groups, we’d normally hit this spot at first light, not at 5:30 AM, a solid hour before sunrise. Nonetheless, here we were, on the crater rim nestled in deep darkness, an hour from Uhuru Peak, summit of Kilimanjaro, the top of Africa.

“5:30 AM and we’re at Gilman’s Point - incredible, you guys!” I yelled again into the darkness. “An hour more and we’re on top!” No reply. All was quiet except for breathing.

I shined my headlamp at all the kids (and adults, too): on the surface, their faces showed fatigue seasoned with a bit of fear. Can I make it? Another hour? Oh, boy. But, a deeper look revealed resolute commitment, steely-eyed determination to make it to the summit despite the difficulty.

Thirty minutes later, the first rays of dawn splashed upon us as we passed Stella Point (18,652 feet/5,685 meters). Without a hiccup, the team chugged upward past the dwindling glaciers of Kilimanjaro, passing climbers three times their ages. At 6:30 AM, I stopped everyone to see the spectacle before us: the shadow of Kili stretching to the western horizon, perfectly overlapping Mount Meru in the distance. In all my prior summits of the mountain, I’d never arrived on top this early, never caught the shadow of the mountain.

We continued the final bit of ridge to the tip-top, teary-eyed, joyful, reaching the summit at 6:37 AM.

I’ve always been proud of my kids, as any parent would be. But, on August 8, 2021, my pride took on a whole new level. But, it wasn’t because they reached the top. Certainly that was part of it, but more a figurative, token element. The real pride came from their (and Cohen’s) perseverance, tenacity, and grit, traits which - if they didn’t possess in great quantity before - they do so now in spades. The summit drew them forward, a tangible goal upon which to focus effort and intensity, yet the summit itself - for them, for me, for all of us - was but a single footstep along the way. The true lesson for the kids, and the reason why we were climbing Kilimanjaro in the first place, was not to stand on top, not to get a certificate and a photo and a checkbox checked, but rather to allow something bigger than us to draw us forward, out from our cocoons of comfort, through the darkness of pain and uncertainty, and into a new understanding of our own abilities - abilities to set goals, to struggle and suffer, to laugh and cry, and to make our dreams become reality.

In 1921, Sir Francis Younghusband wrote in his introduction to Mount Everest: The Reconnaissance 1921:

…to those who have struggled with them the mountains reveal beauties they will not disclose to those who make no effort. That is the reward the mountains give to effort. And it is because they have so much to give and give it so lavishly to those who will wrestle with them that men love the mountains and go back to them again and again…And naturally the mountains reserve their choicest gifts for those who stand upon their summits. The climber’s vision is then no longer confined and enclosed. He can see now all around. His width of outlook is enlarged to its full extremity. He sees in every direction. He has a sense of being raised above the world and being proudly conscious that he has raised himself by his own exertions, he has a peculiar satisfaction and for the time forgets all frets and worries in the serener atmosphere in which he now for a moment dwells.

Thank you, Kilimanjaro, and our entire team on the mountain, for letting us climb, endure, and enjoy the choicest gifts.