December 2020
Pondering our significance (or not) in the span of space and time under the Geminids meteor shower.
ESSAYS & INSPIRATION, MOUNTAINS & ADVENTURE, PHOTOGRAPHY
Blue Sky Mountain,History,inspiration,Mount Evans,perspective,Sand Creek Massacre 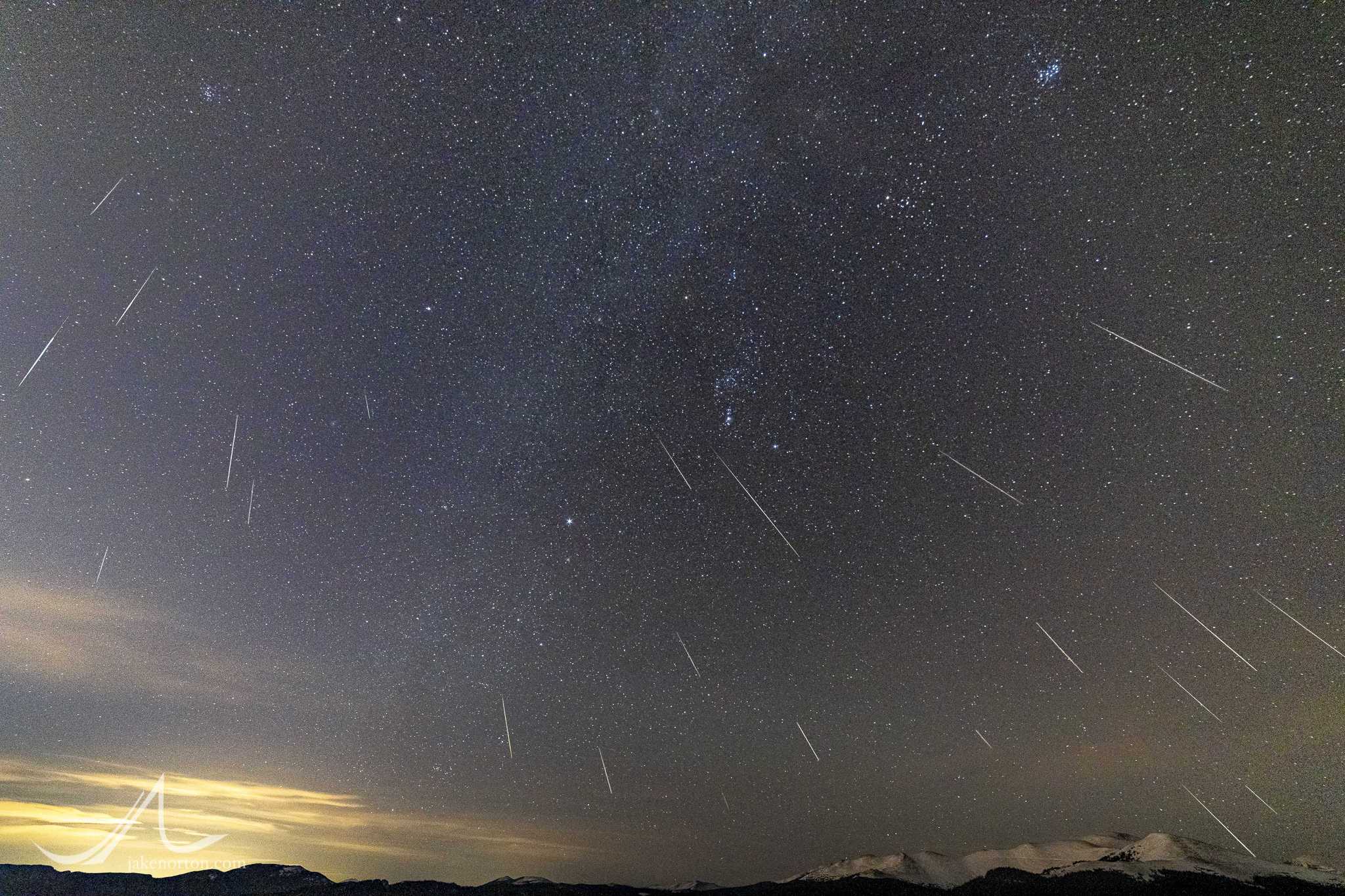 As I stood shivering under the endless sky the other night, I watched in wonder as shooting stars streaked the sky, one after the other, for hours - a timeless reminder of our insignificance in the eternal dance of the universe. It was the annual Geminids meteor shower, a blessing from the Palladian asteroid 3200 Phaethon - an annual passing that began long before our time, and will continue long after we pass. It’s times like these that often make me ponder the meaning of life - or, perhaps, its meaninglessness - as I stand quietly watching, my very existence but a momentary blip in the relentless, beautiful march of time.

And yet, within that insignificance - that enlightening, humbling realization that we are but specks of the cosmos - came another recognition, a dichotomous one of our inherent significance: the reality that while our living or dying, action or inaction, has no real effect on the function of space and time, and is indeed meaningless in the grand, universal scheme of things, we do exert consequence on our immediate surroundings and all that inhabits them.

In 1864, under a similarly-starry sky, a group of 675 soldiers and volunteers from the Third Colorado Cavalry marched into the camp of Cheyenne and Arapaho people and proceeded to massacre hundreds in a brutal act known as the Sand Creek Massacre. The governor at the time, John Evans, was out of state and likely had no direct hand in Colonel Chivington’s decision to attack. But, Evans refused to ever publicly condemn the massacre, and was forced from office in 1865; Chivington went on in life, unpunished. In 1895, what had been known as Mount Rosalie or Mount Rosa (named after Monte Rosa in Switzerland by Albert Bierstadt) was renamed Mount Evans in honor of Governor Evans.

Understandably, there has been over a century of frustration around the mountain’s name, and now - thanks in part to Governor Polis’ establishment this year of the Colorado Geographic Naming Board - there’s movement to rename the mountain and honor the hundreds of Cheyenne and Arapaho killed under Evans’ watch. Names currently under consideration are Blue Sky Mountain (a reference to the Arapaho being known as the Blue Sky People and the Cheyenne having an annual renewal of life ceremony called Blue Sky), Mount Cheyenne Arapaho, and Mount Soule (for Silas Soule, a abolitionist commander at Sand Creek who stopped his men from attacking, and was later murdered in Denver for testifying against Chivington).

For hundreds of years before Europeans stumbled into Colorado, the Cheyenne and Arapaho watched the same sky erupt with dazzling light on cold December nights. It was the same display their ancestors saw, and perhaps its repetition a physical underscoring of Native American belief that time is cyclical, not liner, with moments repeating themselves eternally, always an opportunity for things to be done right.

As the Geminids wane and 3200 Phaethon continues on its way, perhaps we have a moment of circular time to make up for past wrongs, to embrace a bit of bent time, to acknowledge - and act on - our personal and collective significance in the here-and-now within the profound insignificance of life in the boundless arc of time.