The Journey to the Top

January 2021
We tend to focus on the summit as the sole barometer of success - on mountains and in life - but come to find the top of the mountain is just a small part of the journey.
ESSAYS & INSPIRATION, MOUNTAINS & ADVENTURE
inspiration,Nan Shepherd,perspective,Thursday Thought 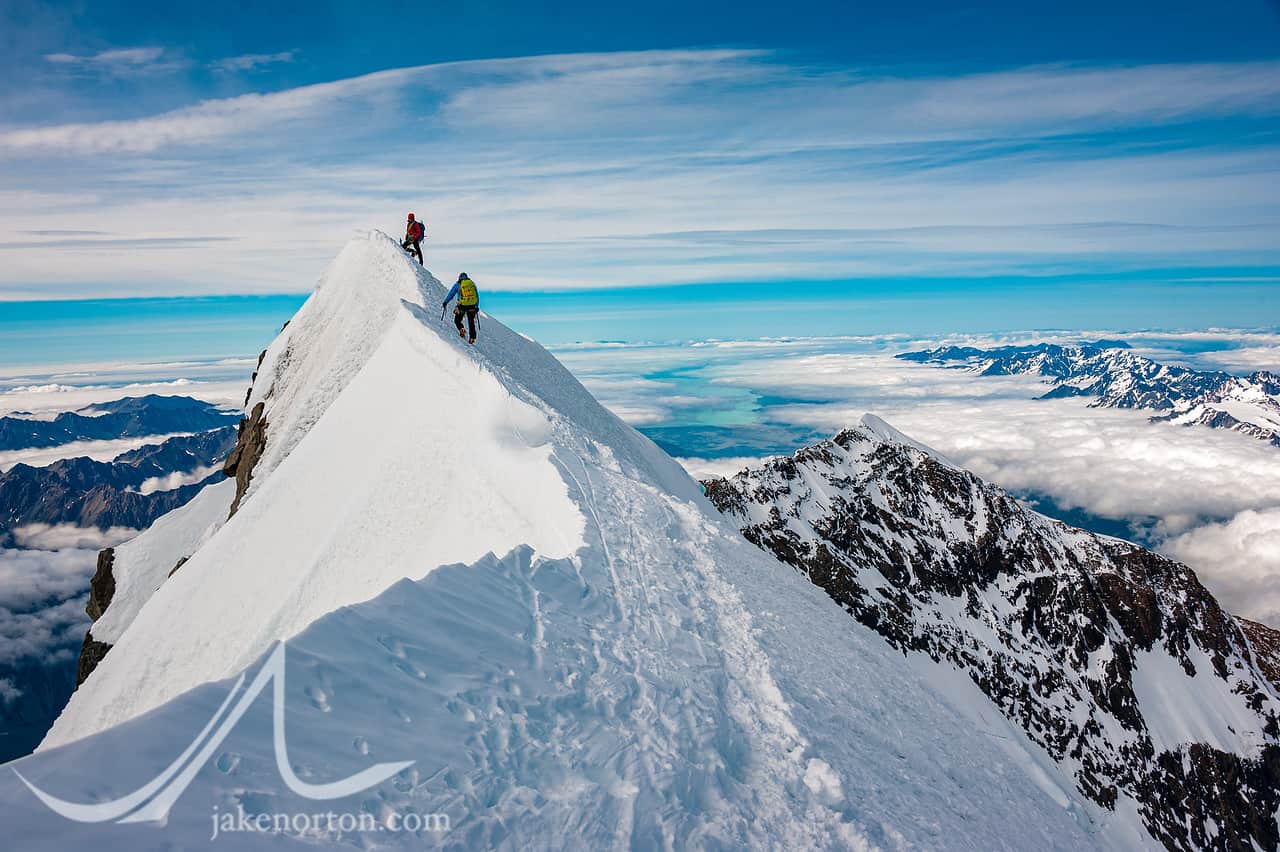 I think a lot about summits, but maybe not in the way you’re imagining.

Sure, I look up every day at the gentle, rolling, weathered zeniths of Evans, Epaulet, Epaulie, and Rosalie not far to the west of our home. I gaze with an ache, a deep and real yearning to be there, not here (wherever here happens to be at the moment), climbing up toward that summit, any summit. In the office, I open Lightroom to work on photos and am bombarded with summits, some I’ve been lucky enough to visit (Everest, Gurla Mandhata, Stanley, Denali) and some I’ve only dreamed of (Gyachung Kang, Kangchenjunga, Tyree, and more). A glance up to the office wall offers more, Aoraki and Tasman, Kangtega and the undulating, unnamed jags of Upper Mustang.

When I was 12, I climbed my first real mountain, Washington’s Mount Rainier. As we climbed through the night up Disappointment Cleaver, the dark began to ebb, revealing ghosted outlines of the expanse above, the gentle roll of the summit barely visible 2,000 feet above. For hours - forever, it seemed to me then - we trudged onward, upward, a slog of pain undulled and unremediated, my focus on the top and the relief and release I knew hid there, somewhere. When we finally arrived under a spectacular Northwest midsummer sky - Adams, St. Helens, Baker, Olympus, Puget Sound, and more accenting the endless panorama below us - the feelings I sought, the ones I expected, perhaps demanded, from this patch of snow atop Washington State…they were pointedly absent. The job was done, the goal met, the summit reached, and yet I was none the wiser, none the stronger, not any better or bigger or smarter than I was when we left Camp Muir under the cover of darkness.

Sixteen years later, I was chased by incoming storms with my friend Karma Rita Sherpa to another summit. We were the only ones there that day; all other teams (including our own) had turned around. The final steps up gentle rolls accented by sweeping cornices transported me back in time to that day on Rainier: so much dreaming, so much effort, hours, days, weeks, months, and years of toil and struggle to get here, to finally climb this mountain. At 7:45 AM, Karma and I made it - beautifully, sublimely alone - to the summit of Everest, the summit I stared at, dreamed about, worked for, focused on for most of my life. Certainly here, if anywhere, there would be a reward, a revelation of sorts, some epiphanic event rendering the effort worthwhile, the dream constructive.

There was just snow. Snow, and some pee stains, a couple of Powerbar wrappers I disentangled from a jumble of prayer flags and tucked into my pocket, and not much else. The summit, I found yet again, was but a patch of snow (admittedly a very high patch of snow, but simple snow nonetheless): There was no epiphany, no life-altering experience to be had here. It was just one small part of a much greater journey. Karma and I spent five minutes on top and descended into a storm.

It was disconcerting at first (I mean, shouldn’t there be some reward for reaching the top?), but after reflecting on myriad summit experiences over the years, I’ve found the un-epiphanic reality to be more blessing than curse, a reward in itself both sublime and utterly freeing.

I’ve long argued that Everest is nothing more than a hyper-dramatic microcosm of life, of humanity. On its slopes we see the best and the worst of human action and ambition played out in real time, with choreography inspiring and appalling. Part and parcel of that microcosm is our incessant focus on the summit as the barometer of success, the defining point-instant of the endeavor. Likewise, in our less-dramatic but more common, everyday lives, we see the same blindness, the same summit-or-plummet mentality: Our society creates, promotes, and instills in us a relentless pursuit of an end goal. Achieve it - get the paycheck or the promotion, meet the target or reach the summit - and you’ve succeeded; miss it, and you’ve failed. Period.

And then we get there, and we realize Hammarskjöld was right: “Never let success hide its emptiness from you, achievement its nothingness…”

That is not to say the achievement is worth nothing, that toil, hard work, setting goals and working to attain them, is a fool’s errand; on the contrary, it is these “summits” which set the stage for a life of meaning, built of passion and purpose, defined by the tools and techniques, ethics and mores learned and honed on the mountain’s slopes. But, therein lies the rub: the learning, the growth, the joy and any possible epiphany, revelation, glint of enlightenment, is not found on the top, but in the process of getting there. Yet, strangely, we measure success by virtue of attainment, often neglecting the journey which brought us there in the first place.

As a young climber and a sophomore in high school, I read Robert Pirsig’s Zen and the Art of Motorcycle Maintenance (library access) in English class. A meandering-yet-pointed classic of modern philosophy, Pirsig digs deeply into what we value and how we value it, bringing clarity to difficult concepts through metaphors of motorcycles, travel, and climbing mountains. Pirsig echoes the thoughts and wisdom of Cairngorm rambler Nan Shepherd who wrote in The Living Mountain (library access):

To aim for the highest point is not the only way to climb a mountain…often the mountain gives itself most completely when I have no destination, when I reach nowhere in particular, but have gone out merely to be with the mountain as one visits a friend with no intention but to be with him.

Like Shepherd decades before, Pirsig sees the journey, the process of climbing our mountains, as equally important - and likely more so - than the summit itself. Reflecting on a climb with his son, he postulates two types of climber, the selfish and the selfless:

To the untrained eye, selfish or ego climbing and selfless climbing may appear identical.… Both kinds of climber place one foot in front of the other. Both breathe in and out at the same rate. Both stop when tired. Both go forward when rested. But what a difference! The ego climber is like an instrument that’s out of adjustment. He puts his foot down an instant too soon or late. He’s likely to miss a beautiful passage of sunlight through the trees. He goes on when the sloppiness of his step says he’s tired. He rests at odd times. He looks up the trail trying to see what’s ahead even when he knows what’s ahead because he just looked a second before. He goes too fast or too slow for the conditions and when he talks his talk is forever about something else. He’s here but he’s not here. He rejects the here, is unhappy with it, wants to be further up the trail but when he gets there will be just as unhappy because then it will be ‘there.’ What he’s looking for, what he wants is all around him. But he doesn’t want that because it is all around him. Every step is an effort, both physically and spiritually because he imagines his goal to be external and distant.

- Robert Pirsig, Zen and the Art of Motorcycle Maintenance

When we allow ourselves - on a mountain or in life - to become ego climbers, we miss the process, the growth, the beauty, and the real meaning for our climb in the first place. We’re “here but not here,” always focused on the distant summit, the token of success, the ability to say we summitted while neglecting the fact that we climbed. Our focus on the top disallows us to be, and robs us of any enlightenment, any true success, that may be found. (Imagine if the young Siddhartha Gautama had continued on his merry way instead of stopping to meditate under a pipal tree at Bodh Gaya; our world would be considerably poorer.)

And, when we drop the ego climbing and allow a degree of being, amazing things happen: we start to see and experience the here, the now, the beauty of the mountain around us, the processes within us. We become observers of the world, embracing the inherent toil and challenge not as obstacles to some distant goal, but as pathways to experience, purveyors of purpose. Pirsig continues:

You climb the mountain in an equilibrium between restlessness and exhaustion. Then, when you’re no longer thinking ahead, each footstep isn’t just a means to an end but a unique event in itself. This leaf has jagged edges. This rock looks loose. From this place the snow is less visible, even though closer. These are things you should notice anyway. To live only for some future goal is shallow. It’s the sides of the mountain which sustain life, not the top. Here’s where things grow.

- Robert Pirsig, Zen and the Art of Motorcycle Maintenance

Never one to be too fluffy, however, Pirsig rightly recognizes the need - in life or on a mountain - to have a goal. Without one, minus a summit, there is no definition to any enterprise, and we find ourselves wandering aimlessly upon the glacier. Having defined the need to be selfless rather than ego-driven, to embrace the sides more than the top, Pirsig concludes: “But of course, without the top you can’t have any sides. It’s the top that defines the sides. So on we go…”

We need a top, a goal, a destination to aim toward, but, paradoxically, too much focus on the goal voids the process and purpose. Let’s join together in setting our sights high, aiming for the big goals while keeping always in mind that the journey is everything: I can assure you the summit is just snow and pee and wrappers in the wind.

4 comments on “The Journey to the Top”