What Really Happened to George Mallory & Andrew Irvine, Part I

May 2010
George Mallory and Andrew Irvine disappeared near the summit of Mount Everest on June 8, 1924 - 29 years before Hillary & Tenzing climbed the mountain from the south side. Read Part 1 of this in-depth, 3-part series by Jake Norton about what really happened to Mallory & Irvine in 1924.
MOUNTAINS & ADVENTURE
Everest,Everest 1924,Everest History,Mallory & Irvine 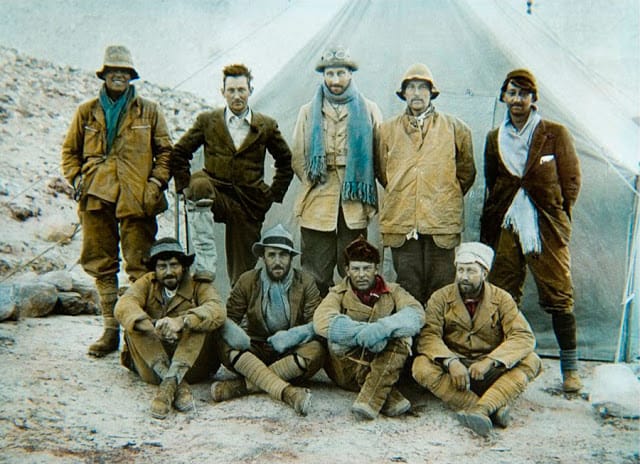 This is the first of a three-part blog on the mystery of George Mallory and Andrew Irvine. Please be sure to read Part II and Part III for more.

Most of us know the basics: On June 8, 1924, George Mallory and Andrew Irvine set off from their high camp at roughly 27,000 feet on Everest’s North Ridge. That day, at 12:50 PM, their teammate, Noel Odell, last saw the pair less than 1,000 feet from the summit…just before they disappeared into a pre-monsoon snow squall. Mallory & Irvine reappeared only in the pages of history.

In recent years, and in recent weeks, there has been much talk in the news about the mystery of Mallory & Irvine. From the new film The Wildest Dream to Jeffrey Archer’s Paths of Glory to recent news that Julia Roberts has teamed up with Kevin Townsend and Shekhar Kapur for a major production on the mystery, to the fact that there are people as we speak scouring the upper North Face of Everest looking for more answers, there is a lot of Mallory & Irvine buzz out there.

And, since it is now eleven years since I stood with my teammates Conrad Anker, Dave Hahn, Tap Richards, and Andy Politz, high on the North Face of Everest as we investigated the remains of George Mallory, I thought I’d take some time to offer up my opinion on what really happened to Mallory & Irvine so many years ago.

So, I will offer mine, which is based on my own personal bias, but also on a lot of experience with the story, the mystery, and the mountain:

Additionally, I have been asked to consult on various film projects on the history and mystery of Mallory & Irvine, and have written extensively on the subject on my blog and elsewhere.

So, the mystery: We should start with the relatively little that is known about the duo’s disappearance in 1924:

There is a substantial amount of additional research and findings, done through the hard work, passion, and effort of many people, including Jochen Hemmleb, Tom Holzel, Pete Poston, Phil Summers, and others. I would suggest that anyone interested read more online, since this is, as noted, simply one of many theories on the fate of Mallory & Irvine.

So, there we have the beginnings…Too much to write in simply on post, so please stay tuned for Part II of the story where I’ll go in depth into what I believe happened to Mallory & Irvine 86 years ago.

One comment on “What Really Happened to George Mallory & Andrew Irvine, Part I”