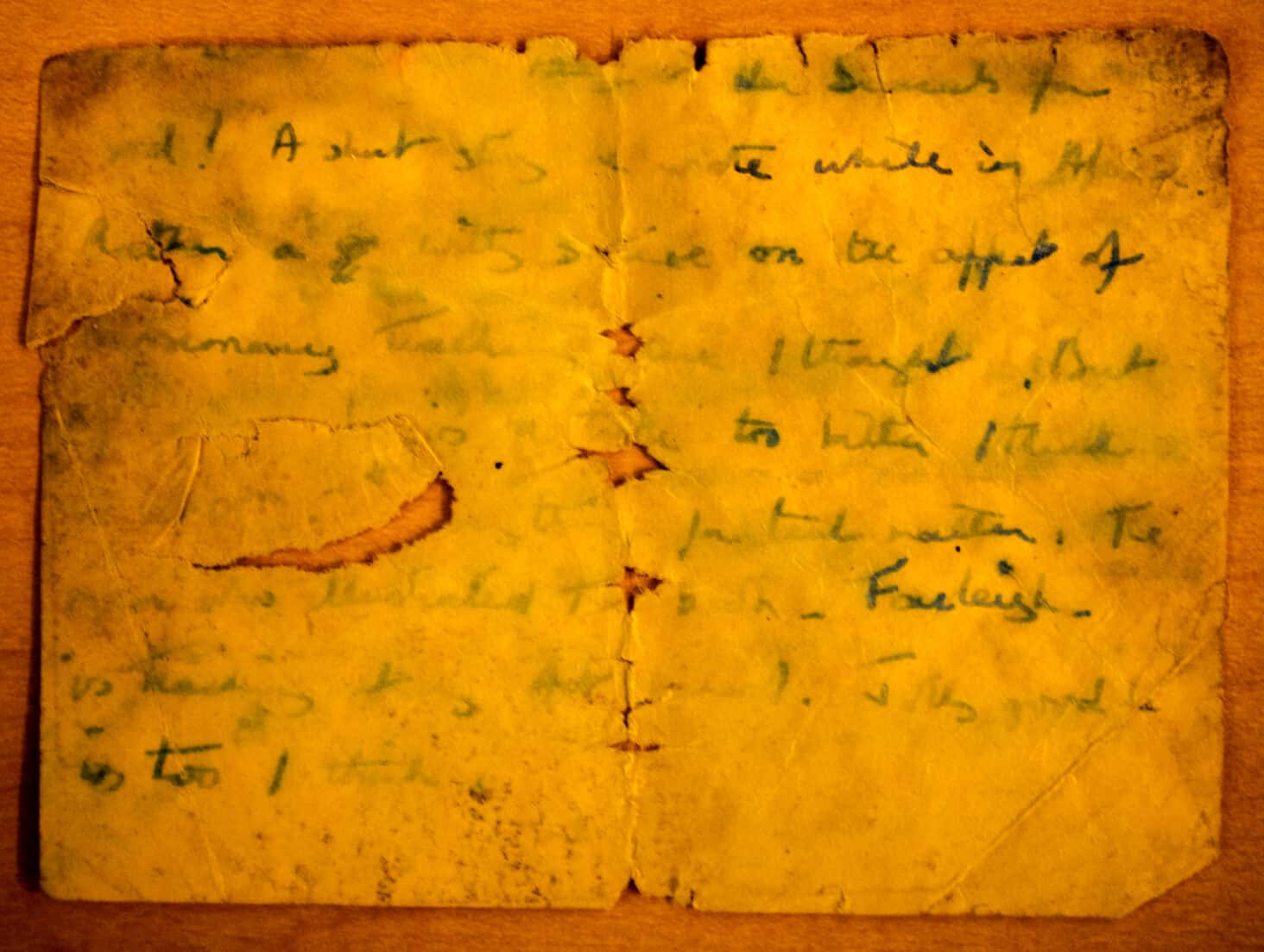 I love finding old things. I always have.

I’m not sure where this strange proclivity came from, but my earliest memories show it was embedded even then. Wandering through The Piggery - the abandoned pig farm and swampland behind my house in Topsfield, Massachusetts - was a never ending treasure hunt for me. I would spend hours unearthing seemingly-ancient tin cans and whiskey bottles, excavating the rotting walls of old buildings rapidly succumbing to the pull of moist earth, and sitting in the cab of a Studebaker E-series truck lodged deeply into the mud.

As a child - and still as an adult - my mind wanders when finding these things. The discarded flotsam of old, cast aside as unwanted, unneeded, unimportant, or a combination of all, they quickly become items of fascination to me, trash transformed to treasure, each object spilling forth stories - real or imagined - of the life it led and the experiences had by the last to handle it. Extracting the story from the found object - be it real and researched or a bit of historical fiction - feels like Dumbledore pulling memories from the pensieve, inextricably tying a bit of today with the fabric of yesterday.

For those who know me, you know this love of history, of the who, what, where, and why that came before, has been a major part of my climbing and adventure career over the years. I’ve been fortunate to follow the footsteps of Shackleton, help excavate ancient tombs in Mustang, share the story of Everest 1963, and be a part of sharing the story of the pre-World War II climbs on Everest. These, for me, have been the most rewarding trips, climbs, and expeditions of my life - far better than reaching a summit - for they brought me in touch, often close, intimate touch, with those who came before, charted the path, created their present and informed our future.

One of my fondest moments of adventure trash picking was excavating the 1933 Camp VI at 27,400 feet in the Yellow Band on Mount Everest in 2001. I won’t go into detail about that day here, as you can read all about it in the link above. But, I came back to the ‘33 Camp again in 2003, and 2004, and for a final visit in 2019 to enable my friend, Sid Pattison, to sample the quasi-edible delicacies hidden within.

Amazingly, despite having looked through the camp multiple times, there was still something left behind. Looking at the tattered sleeping bag cemented with decades of ice to the canvas tent floor, my eye caught something sticking out. It was tiny, just a dab of yellow in a sea of earth tones, but enough to entice. Looking closer, I could see it was paper, and paper that had been written on. Windblown snow flying, I pulled and pried, used bare hands to melt the ice, and separate layers of fabric, eventually freeing the entire thing.

It was several sheets of paper, folded in half, frozen solid with the snows of 86 years (and sadly, grossly, the urine of climbers who stopped here for relief, oblivious to the history under their feet). I tucked it into a ziplock baggie with some silica packets to help dry it out, and we moved onward down the Longland Traverse. Immediately, the voices and images of the past came forth: Eric Shipton or Frank Smythe - the last two to occupy the camp - sitting in a squall, blowing on hands to warm them as they wrote - what - a journal entry? Notes about the climb? A letter to a loved one? Then, too cold to continue, neatly folding the papers up, tucking them beneath the sleeping bag for safe keeping, only to forget to retrieve them the next morning, words on paper abandoned with all else at a forlorn camp high in the Himalaya.

That evening, back at our Camp VI, I opened up the papers, delicately drying and separating the worn pages. To my dismay, the decades of abuse - storm and wind, sun and ice sublimation, climber’s crampons and boots and urine - had taken their toll, and much of the writing on the pages was rendered unreadable. Only snippets are clear, brief, fragmented glimpses into the thoughts percolating in 1933. But, there was just enough for me to compare the handwriting on these pages with that of Frank Smythe from letters auctioned off, and make (I think) a match.

Frank Smythe. Wow. A legend of legends, a Himalayan hero taken too soon, a writer and thinker and climber bar none. To hold this letter - albeit unreadable - and know his hands were the last to touch it prior, scribbling thoughts and ideas and emotions and notations in the punishing cold of Camp VI…unfathomable.

At least to me. To some, understandably, just another bit of trash on Everest.

But to me, it will always be treasure, of the best and most meaningful kind.