December 2022
Nan Shepherd was ahead of her time, both in her mountain explorations and her insights and perspectives on the mountain realm. On this International Mountain Day 2022, here's a brief celebration of Nan, and of the mountains she cherished and told us so much about.
ESSAYS & INSPIRATION, MOUNTAINS & ADVENTURE
inspiration,International Mountain Day,Nan Shepherd,perspective 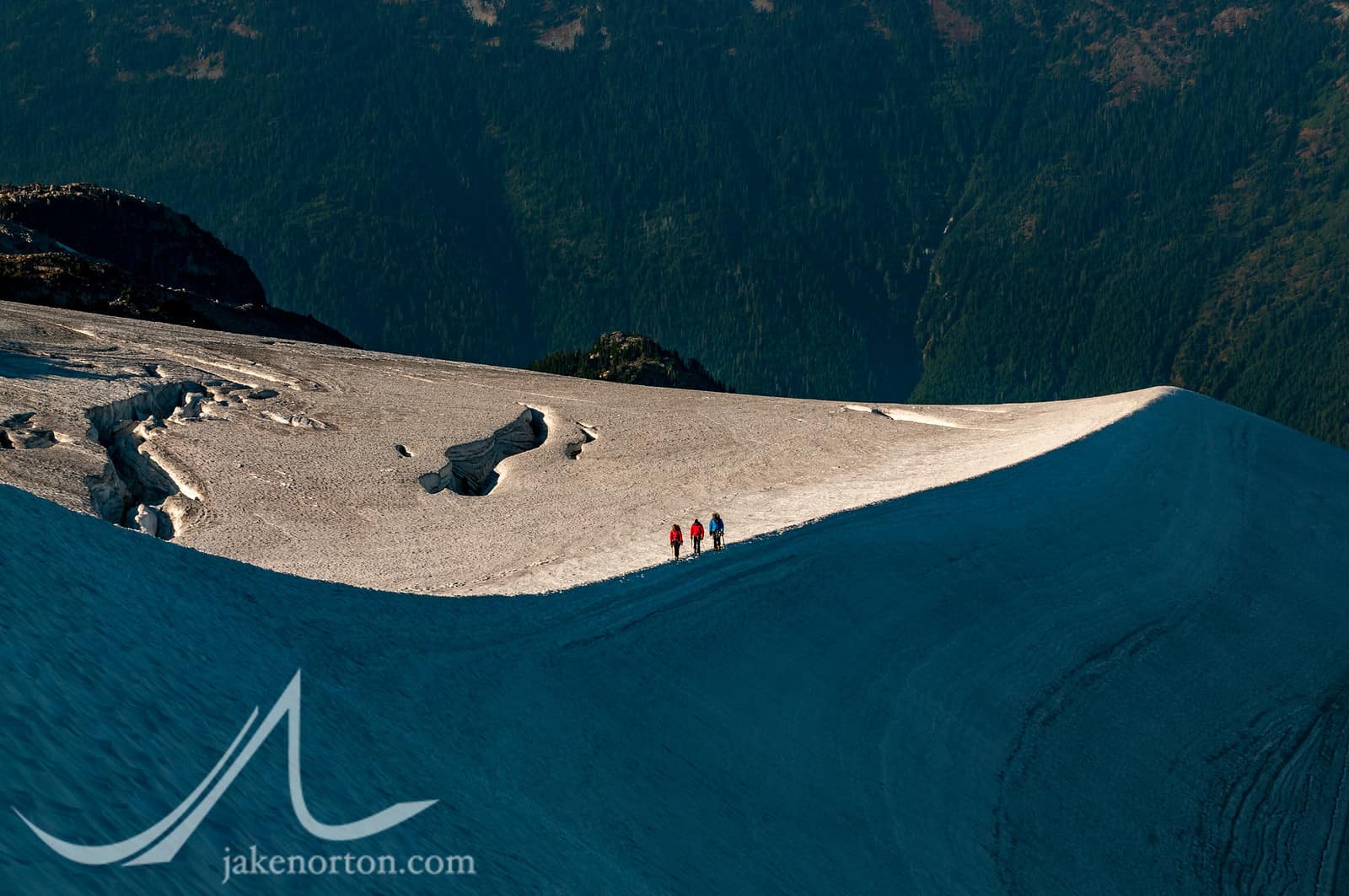 NOTE: For some time, I’ve been wanting to write a piece on Nan Shepherd and her 1971 book The Living Mountain. As today - December 11 - is International Mountain Day, and this year’s theme is “Women Move Mountains,” I thought it fitting to try to cobble together some thoughts on Shepherd and her exquisite book. She was a woman who did not move mountains, but moved among them, seeking to understand them, exalt them, celebrate them, and in so doing, better understand herself and her place in this world. Enjoy.

“Mountains are nature's testimonials of anguish,” wrote Harriet Beecher Stowe in her 1854 Sunny Memories of Foreign Lands. Hers reflects a common perception of mountains: Rising like ragged teeth from the landscape, sequestering realms from one another, worlds of sweeping stone, raging wind, and falling snow, seen as places of terror, danger, despair.

It is this “anguish” of the mountains, their brutality, that for centuries made them forbidden zones, places of the divine and the damned, home to deities and demons.

More recently, these same perceived characteristics of mountains spawned the thrill and fame and adrenaline seekers of the modern era, those seeking conquest, triumph, startling challenge infused with sublime beauty.

But, like so much in our world - like all of our world - initial perceptions are not always truth. Mountains are indeed imbued with all the above, and yet more, so much more.

On this International Mountain Day 2022, we as a world come together to celebrate mountains, and all they offer to us. Today, we strive to see beyond the simplistic, beyond the anguish and terror, the triumph and ego, the monodimensional aspects, and dig deeper, perceive more, uplift and cherish mountains for the intricacies and complexities and interdependencies that form their lofty web, connecting us to them, and them to us.

Robert Macfarlane writes that: “Mountains return to us the priceless capacity for wonder which can so insensibly be leached away by modern existence, and they urge us to apply that wonder to our own everyday lives.” He continues:

Ultimately and most importantly, mountains quicken our sense of wonder. The true blessing of mountains is not that they provide a challenge or a contest, something to be overcome and dominated (although this is how many people have approached them). It is that they offer something gentler and infinitely more powerful: they make us ready to credit marvels – whether it is the dark swirls which water makes beneath a plate of ice, or the feel of the soft pelts of moss which form on the lee sides of boulders and trees. Being in the mountains reignites our astonishment at the simplest transactions of the physical world: a snowflake a millionth of an ounce in weight falling on to one’s outstretched palm, water patiently carving a runnel in a face of granite, the apparently motiveless shift of a stone in a scree-filled gully. To put a hand down and feel the ridges and scores in a rock where a glacier has passed, to hear how a hillside comes alive with moving water after a rain shower, to see late summer light filling miles of landscape like an inexhaustible liquid – none of these is a trivial experience.

- Robert Macfarlane, Mountains of the Mind: Adventures in Reaching the Summit (library)

More than half a century earlier, a thoughtful, immensely insightful young woman wandered the ethereal landscape of the Cairngorms of Scotland, immersing herself in their austere beauty, contemplating their depth, and - thankfully - sharing her thoughts in words as The Living Mountain (library).

That woman, Nan Shepherd, was arguably one of the first, and deepest thinkers - and celebrants - of mountains, one who saw them as more than a landscape, more than a place of fear or failure, triumph or tragedy, and instead an intricate zone of depth and wonder, a complex web of power and frailty begging our comprehension, and offering deep understanding upon contemplation, upon taking the time to truly see.

“How can I number the worlds to which the eye gives me entry?” she wonders, and continues:

…the world of light, of colour, of shape, of shadow: of mathematical precision in the snowflake, the ice formation, the quartz crystal, the patterns of stamen and petal: of rhythm in the fluid curve and plunging line of the mountain faces. Why some blocks of stone, hacked into violent and tortured shapes, should so profoundly tranquillise the mind I do not know. Perhaps the eye imposes its own rhythm on what is only a confusion: one has to look creatively to see this mass of rock as more than jag and pinnacle - as beauty. Else why did men for so many centuries think mountains repulsive?

As she explores and becomes increasingly intimate with the mountains and the range, her vision of what they are and what they means deepens. Describing them by their geologic and geographic identities, she insists, is “a pallid simulacrum of their reality, which, like every reality that matters ultimately to human beings, is a reality of the mind. The plateau is the true summit of these mountains; they must be seen as a single mountain, and the individual tops, Ben MacDhui, Braeriach and the rest, though sundered from one another by fissures and deep descents, are no more than eddies on the plateau surface.”

Unlike most of us - myself included - Shepherd sees well beyond the immediate insistencies of mountains to contemplate them, understand them, know them as separate and distinct entities, and instead views them and their meaning, their importance, as the sum total of parts rather than in isolation.

And in that comprehension, that knowledge, that sight, she is able to see more, both about the mountains, about herself, about the world:

The thing to be known grows with the knowing. I believe that I now understand in some small measure why the Buddhist goes on pilgrimage to a mountain. The journey is itself part of the technique by which the god is sought. It is a journey into Being; for as I penetrate more deeply into the mountain’s life, I penetrate also into my own. For an hour I am beyond desire. It is not ecstasy, that leap out of the self that makes man like a god. I am not out of myself, but in myself. I am. To know Being, this is the final grace accorded from the mountain.

I am. Being. The final grace.

Long before Lovelock popularized the concept of earth as a superorganism in the Gaia Hypothesis, Nan was contemplating this with mountains as her laboratory, her proof. Describing again the complexity of the Cairngorms, she notes that: “The disintegrating rock, the nurturing rain, the quickening sun, the seed, the root, the bird…All are aspects of one entity, the living mountain.”

And, with foresight, she sees the need to protect them, these mountains of awakening. Writing of a journey to Coire an Lochain, and on seeing its pristine beauty and immediate frailty notes:

The inaccessibility of this loch is part of its power. Silence belongs to it. If jeeps find it out, or a funicular railway disfigures it, part of its meaning will be gone. The good of the greatest number is not here relevant. It is necessary to be sometimes exclusive, not on behalf of rank or wealth, but of those human qualities that can apprehend loneliness.

Little could she know, at that time, that the gravest threats to the mountains were less in the jeep or the funicular; these are symptomatic of, causal to, the deeper, greater, more baleful sickness of climate change, a sickness which imperils all mountains of our world, including her beloved Cairngorms.

All in all, it is Shepherd’s “seeing into” the mountains which speaks the strongest, her ability to see them as an integral, immanent mechanism of the human experience, one that binds us to the mountain, and to the whole of the world, in a symbiotic dance of animal, plant, stone, mist, water, creation, and existence. The more she sees, the more she learns there is to see, to learn, to comprehend, all leading to comprehension of immanence:

I add to [my knowledge] each time I go to the mountain - the eye sees what it didn’t see before, or sees in a new way what it had already seen. So the ear, the other senses. It is an experience that grows; undistinguished days add their part, and now and then, unpredictable and unforgettable, come the hours when heaven and earth fall away and one sees a new creation. The many details—a stroke here, a stroke there—come for a moment into perfect focus, and one can read at last the word that has been from the beginning.

While not an anthropomorphist (she writes in Chapter 10 that she does not “ascribe sentience to the mountain) she understands the “livingness” of the mountains, and by extrapolation, the whole of our planet.

So, simply to look on anything, such as a mountain, with the love that penetrates to its essence, is to widen the domain of being in the vastness of non-being. Man has no other reason for his existence.

Widening the domain of being; it is through this - our reason for existence - that we, as humans, connect more truly, deeply, meaningfully with the mountain realm, the natural world. And, when we are connected to something, when we allow ourselves to fully see it, understand it, we cannot help but be inspired to protect and defend it.

Below, enjoy a short video I made for International Mountain Day 2020, with music from my friend and fellow Mountain Partnership Ambassador, Ludivico Einaudi. #MountainsMatter!