December 2022
A Thursday Thought on embracing hope, not optimism, as a tool to move forward.
ESSAYS & INSPIRATION
hope,perspective,Quotations,Thursday Thought 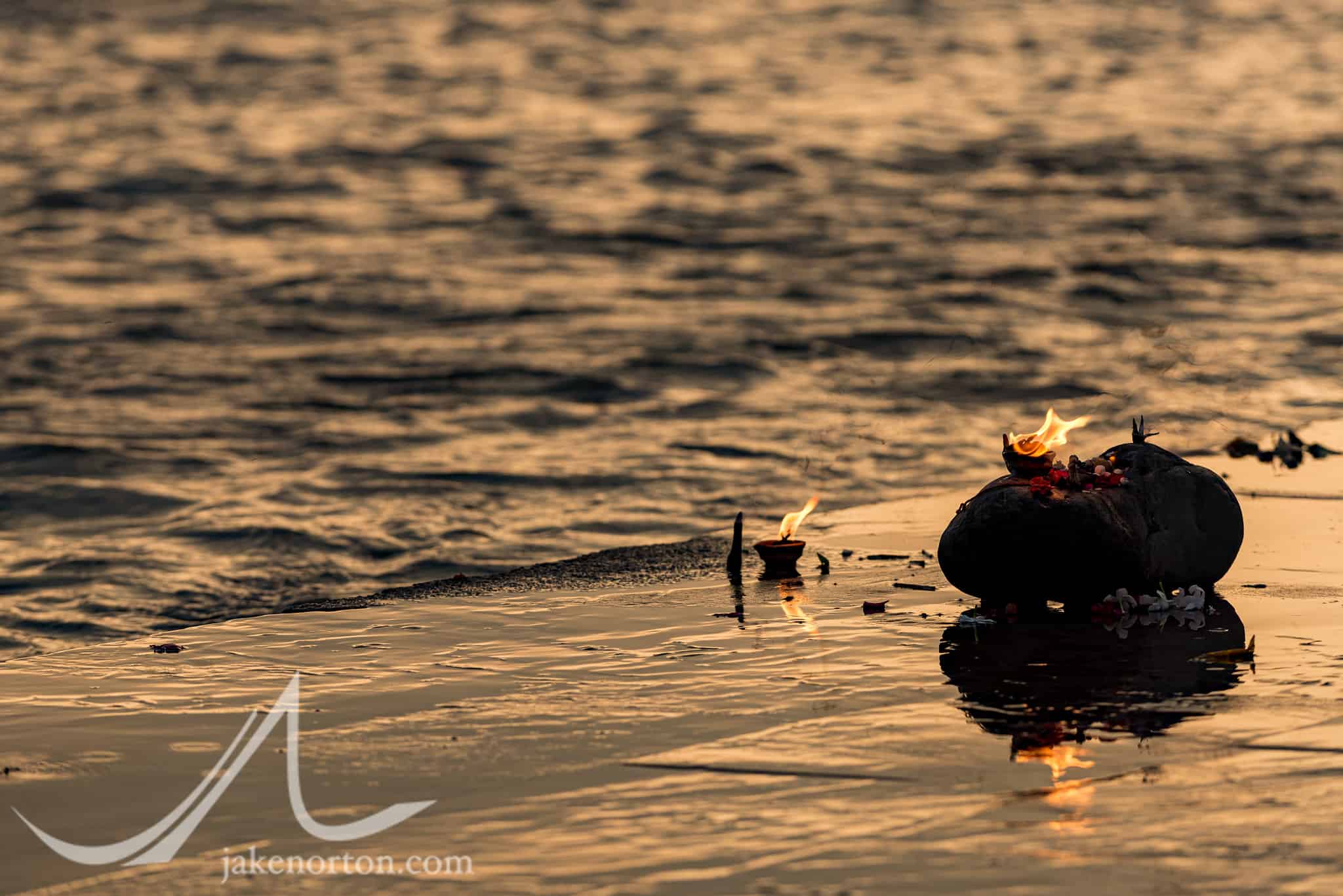 It’s hard to be optimistic. Well, at least it is for me sometimes. And, maybe that’s a good thing.

A week ago - Earth Day 2022 - I tried to sidestep my growing negativity by doing what usually works for me: heading out in the early morning calm, before coffee or food or news or email, and running through the mountains.

But that morning - Earth Day morning of all mornings - it just didn’t work. Maybe it was the wind: A hot wind, dry, maleficence abundant in its baleful howl, the breath of a dragon. It rained dry needles from the ponderosas and lifted dust devils in the meadow. It spoke of drought, of fire, in this, one of the driest Aprils in Front Range history.

As soon as a spark of optimistic, uplifting thought entered my brain, it would be doused by the retardant deluge of negativity, a dark cloud snuffing out the light. I thought of elected officials, leaders, actively addressing the harsh realities of climate change only when politically or economically expedient, and largely ignoring those same realities when expedience demands. I dwelt upon the egomaniacal, megalomaniacal actions of power-hungry people unleashing their war machines with devastating cost - human, animal, ecological. My focus honed in on the daily cynical, global calculations of economy over equity and ecology; wealth over wilderness, wildness; money and material, power and prosperity over collective well-being and long-term sustainability.

I retched at the knowledge that I was running at 8,000 feet in the Rockies in 65 degree weather at 6:00 AM on April 22, parched dust instead of snow (or at the very least mud) underfoot, sweating in the abnormal heat under extreme fire danger warnings. It’s hard to look at it, to live in it, this world we’ve created, allowed, fostered - glacial recession, species loss, desertification, flooding, natural disasters, war, famine - and not be sad, be angry, be - more than anything - disappointed at us: at me, at you, at us all for allowing this to happen, and to continue.

I’ve been deemed a misanthrope before, and perhaps not unjustifiably. It usually comes after citing the eloquence of Pyle and Abbey and Eiseley and others, and their understanding that, ultimately, we humans are doing a remarkable job at killing not nature, not our planet, but ourselves…and that, perhaps, in the aeonic scale of Earth the history books of some future dominant species may not regard our demise as an inherently bad thing.

In reality, though, I am not misanthropic. Mis-anthropocentric, perhaps, if I may coin a new(ish) term. I love, cherish, honor humans and humanity - our radiant, checkered tapestry of history; our beautiful, tense present; and our collective, questionable, teetering future. But, I draw the line in my love of humanity when we elevate ourselves in importance above other creatures, sentient or not.

I find it a mighty challenge to harbor feelings of affable anthropocentricity when we, as a species, tend more often than not to soil all we touch - and all we rely upon and have done for all our existence - like some feculent Midas.

The darkness hung with me, a lingering, phantasmagoric shadow. I longed for optimism, that rosy outlook steeped in the (faux) knowledge, belief, conviction, that all will be OK.

And then I remembered. Remembered what I had read, written, experienced. Not optimism, but hope. There’s a difference, a big and profound and critical one. In his Atlantic article “The Difference Between Hope and Optimism,” Arthur C. Brooks notes: “optimism is the belief that things will turn out all right; hope makes no such assumption but is a conviction that one can act to make things better in some way.” In other words, optimism is an outlook premised on positive outcomes irregardless of fact, while hope is the conviction that a better tomorrow - better, not perfect - is possible through action, struggle, dedication. As Rebecca Solnit writes in Hope in the Dark:

Hope is not a door, but a sense that there might be a door at some point, some way out of the problems of the present moment even before that way is found or followed.

And, where does this concept of a possible door come from - especially when looking out at a global landscape that seems to be more walls than doors, walls made of concrete and steel and razor wire? It comes from remembering our history, looking back at the walls made into doors countless times through great effort, immense struggle, and infinite hope. Again, Solnit:

Together we are very powerful, and we have a seldom-told, seldom-remembered history of victories and transformations that can give us confidence that yes, we can change the world because we have many times before. You row forward looking back, and telling this history is part of helping people navigate toward the future. We need a litany, a rosary, a sutra, a mantra, a war chant of our victories. The past is set in daylight, and it can become a torch we can carry into the night that is the future.

Together we are very powerful.

Yesterday, I moderated a meeting of several hundred passionate advocates for mountains from across the world. From UN Secretary-General António Guterres to Colorado Governor Jared Polis, Tajik emergency response volunteer Dilshodbegim Khisravova to Carolina Adler of the Mountain Research Initiative, we spend two hours celebrating the importance of mountains, outlining the myriad obstacles to their healthy survival, and discussing pathways forward - often framed in the context of prior successes. Later, my wife Wende Valentine and I discussed the huge successes she and her team are realizing in the rural villages they partner with in Nepal, and the future outlook for all the work of the dZi Foundation. And, in the evening, we virtually attended a celebration of Friendship Bridge, which continues to make massive strides in empowering and creating change in rural Guatemala.

At the root of all these meetings and gatherings and discussions was one fundamental thing: hope. Not hope as a verb, which connotes wishing but not imagining, not willing to struggle. This was hope as a noun - a subtle-yet-critical distinction. Hope as something we can have, not something we do; a tool we can lean on and lean into, use as a spring to propel us forward; a concept which enables us to look to the past and envision doorways of the future.

Optimism tells us to just go merrily along, everything will be OK. It’s passive, lazy, and inaccurate. Pessimism does same in reverse, inducing crippling apathy and cynicism. When we have hope, though - not when we’re hopeful, but when we hold hope, keep it, embrace it - we can see the past, interpret the present, and envision the opportunity and possibility of the future. In short, with hope, we can dream, and work to turn those dreams into reality.

I’ll end this disjointed Thursday Thought on hope with a statement from Subcomandante Marcos, the former leader of the Zapatista Army of National Liberation (EZLN) which speaks esoterically of having, holding, and using hope:

We Indian peoples have come in order to wind the clock and to thus ensure that the inclusive, tolerant, and plural tomorrow which is, incidentally, the only tomorrow possible, will arrive. In order to do that, in order for our march to make the clock of humanity march, we Indian peoples have resorted to the art of reading what has not yet been written. Because that is the dream which animates us as indigenous, as Mexicans and, above all, as human beings. With our struggle, we are reading the future which has already been sown yesterday, which is being cultivated today, and which can only be reaped if one fights, if, that is, one dreams.

2 comments on “Hope, Not Hoping”