Wisdom is found in the most unlikely places… 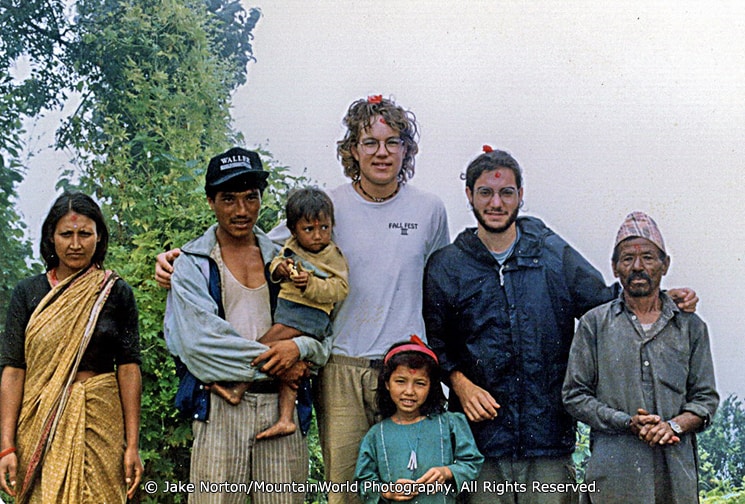 When I speak to groups around the world, a critical component to my presentations always is teamwork: no matter how strong, how skilled, how powerful we are, none of us can climb our Everest all alone. While talking about teamwork, I always like to stress that we need to recognize all members of a team – from the expedition leader to the the yak herder (like Chuldum on the right). It takes all of them to make an expedition team function, and often times, upon talking and asking, we find that it is the yak herder, or the porter, who has critical nuggets of wisdom to share and which we can apply to our lives.

To some extent, that is the driving notion behind an upcoming film called The Philosopher Kings (see trailer below).

I just watched the trailer, and it immediately brought me back to September 7, 1993, when I was a student in Nepal and had just moved in with my village homestay family in the small village of Shyam Pati.

My family was a poor family of the Newar tribe. In their small, 2-room, mud-brick house lived three generations: Ram Gopal and Kamala Shrestha, the mother and father; their two children, Sita and Bale; and their granfather, Babou. Ram Gopal and Kamala ran a small tea house and a subsistence farm in the village, and neither had ever been to school. By most standards, they were simply illiterate farmers.

After a few hours in their home, however, I found that this family’s wisdom transcended education and the standard norms, for Ram Gopal, Kamala, and Babou had a wisdom that cannot be taught…but can be learned and can be shared. It was the wisdom of experience, of living life without opportunity, but with hard work, without financial means or material wealth, but with grace, honor, and far more spiritual and mental wealth than I had ever encountered.

From this humble family in the middle hills of Nepal, I learned more about life and and living than the highest priced university education could teach: that money does not equal happiness. The former is simply a means to an end, and the latter a unique and essential end in itself. Ran and his family taught me that you can have nothing and yet be generous beyond words…that you can have no real education and yet be smarter than most…and, most importantly, that a simple smile and an open heart can transcend all differences in culture and creed, race, religion, and language.

And, finally, Ram and his amazing family taught me to never overlook the often overlooked people – it is often their stories, their lives, and their wisdom which teaches us the greatest of lessons.

This is, in essence, the driving theme (from what I can tell) of The Philosopher Kings. As the website describes it:

In his quest to explore how we should best live, Socrates would often
ask his fellow citizens, “What is the good life?” In America, more than
fifteen hundred years later, a third of the population is clinically
depressed, the suicide rate is at an all-time high, and kids are
shooting their classmates. Moreover, it seems that much of the current
destruction and misdirection in the world is being caused by our
best-educated and most “qualified” citizens. Who do we turn to for
guidance during these trying times? What is the answer to Socrates’
age-old question “what is the good life?” and is anyone even asking
anymore?

From the producers of the multiple-award winning Flight from Death comes The Philosopher Kings, a documentary film about the kind of wisdom that gets you through the day – the wisdom that comes from surviving hard times, lost loves, shattered dreams, and bad choices. To shed light on this matter, The Philosopher Kings goes deep into our nation’s most well-respected and prestigious universities to seek wisdom from the people who see it all and have been through it all – the janitorial staff. Set against the backdrop of young people yearning for knowledge to carry them through their lives, the film explores the wisdom that only living life can bring.

“A single conversation with a wise man is better than ten years of study.” ~ Chinese Proverb

Take a few moments to watch the trailer…and let me know what you think!

4 comments on “Wisdom is found in the most unlikely places…”