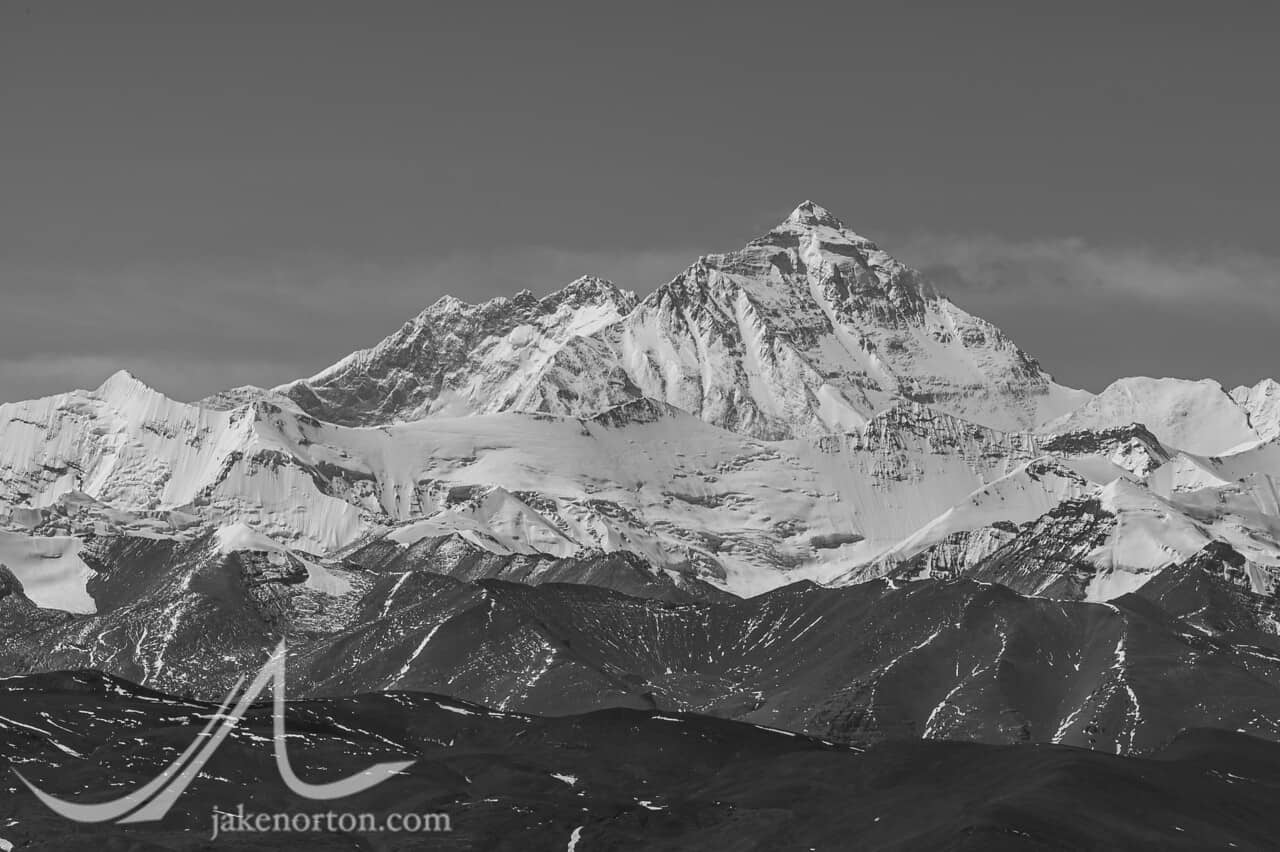 It wasn't in the romantic way, but the innocent way of a young boy getting the first whiff of something that would come to define his life, his dreams, his realities, and his passion in life.

The catalyst that evening was a barrel-chested bear of a man named Lou Whittaker, twin brother of Jim Whittaker - the first American to summit Everest. Lou was no slouch, and had just returned from leading the first American ascent of the north side of Everest, putting Phil Ershler on the summit via a new route variation connecting the North Col to the Great Couloir and on to the summit.

Lou gave a slideshow that night, and thanks to my father's work with New Balance and his friendship with Lou, we got to hang out afterward, hear more stories, and set the hook of my Himalayan fascination. Little did I know then that that evening would lead to decades of tramping around the Himalaya, on big expeditions and small treks, trade routes and off the beaten track explorations...A lifetime of love for a mountain, a range, a place and a history rich and vibrant as any in the world.

For me, Mount Everest is far more than the little patch of snow on top. If I'm being honest (which I try to be, most of the time), I could do without the tippy-top. (Spoiler alert: it's a urine-soaked patch of snow with some old candy wrappers, prayer flags, and a five-star view, but not at all worth dying for.) It's the history, the fabric of the past and place that weaves together the stunning carpet of the present, tendrils of culture and exploration and horror and passion and compassion, perverse ugliness and sublime beauty, heroism and reverence and humility and ego, all mixed together in a tangled web of nuance, a hyper-dramatic microcosm of the world we live in, humanity's idiosyncrasies played out on a stage of ice, rock, and wind.

Anyway, you probably get it: I find Mount Everest to be a place of wonder - despite its myriad warts and awful aspects, or perhaps because of them. But, as one who loves as much to learn and explore as to share and teach, I've struggled for years with how to encapsulate the place, translate the ephemeral mystique of the mountain - its history and legacy, its unearned-but-deserved place on the world stage, and the nuance that makes it worthy of its pedestal.

This quest morphed over the past several months into the project below: a virtual tour not of Mount Everest the mountain, but the place, replete with its accompanying, oft-missed, sorely overlooked aspects, the parts and pieces which may seem dissonant on their own, but taken together pull the fabric together as one.

The result? Forty-seven panoramic images (8+ total gigapixels), 811 info popups, covering all sides, aspects, and elevations on the mountain, with an attempt to bring in, draw out, expand and expound upon the history of the place, the peak, the landscape, the history and people and more.

Love it or hate it, know it well or not at all, I hope you'll take some time to enjoy the Virtual Mount Everest Tour below; I know I certainly enjoyed creating it. Why, you might ask? Well, I guess just because it's there.