April 2020
The 1924 Camp II was the last of the pre-World War II camps on Mount Everest I had yet to find and visit. After some legwork, Sid Pattison and I were able to locate it.
MOUNTAINS & ADVENTURE, PHOTOGRAPHY
Everest,Everest 1924,everest 2019,Everest History,History 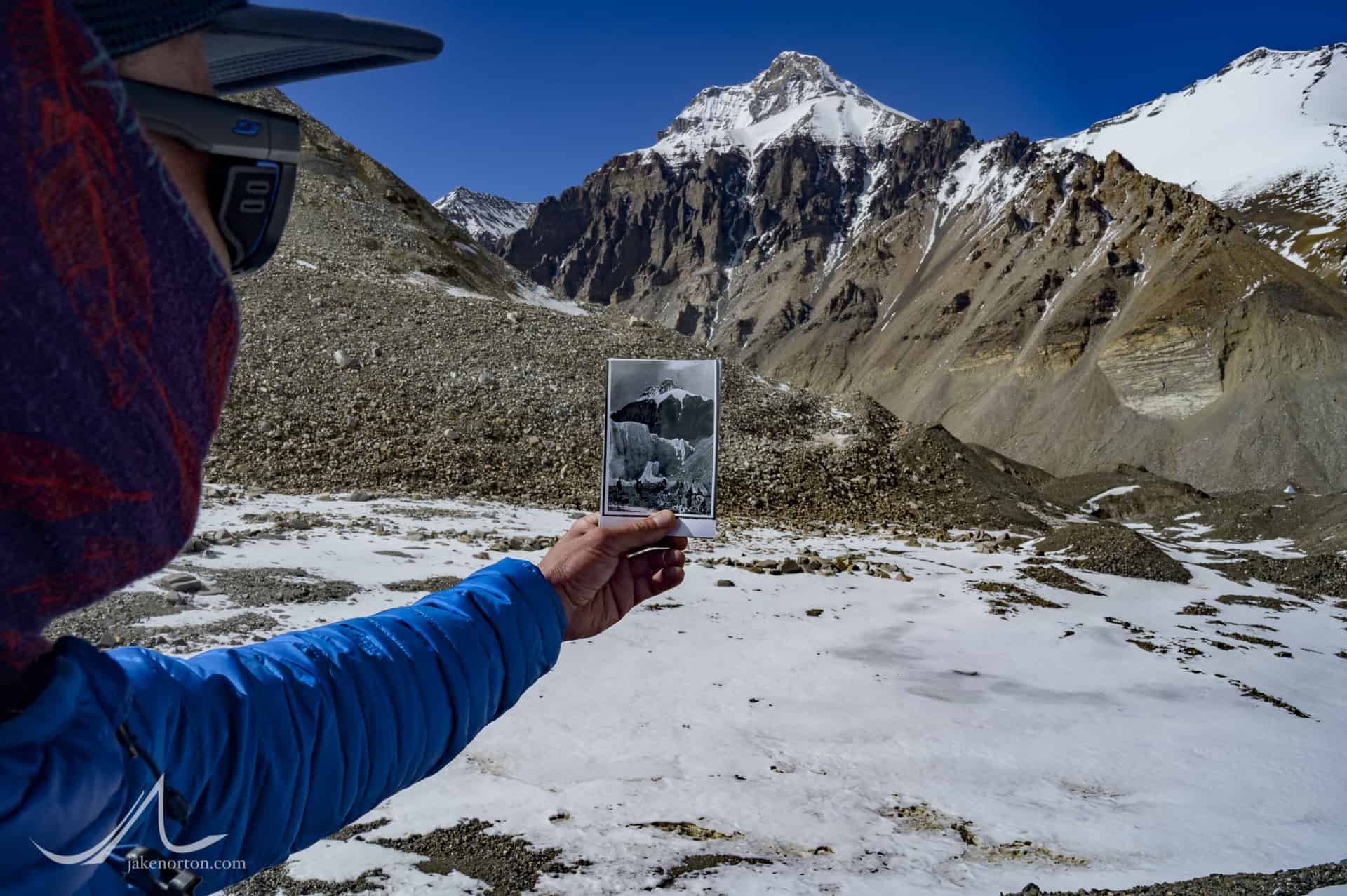 One year ago, I was meandering around the Rongbuk Glacier with Sid Pattison, hunting for one of the few, pre-World War II camps I had not yet found: the Camp II used by the 1924 expedition. In 1924, the third ever attempt to climb the mountain, they followed roughly the same route from Basecamp as we do today, setting 2 intermediary camps between 17,000 foot Rongbuk Basecamp and 21,250 foot Advanced Basecamp.

⁣⁣I had with me a picture, taken by Bentley Beetham in 1924, showing the Camp II stores - boxes and boxes of food and equipment, tended by numerous Sherpa and Tibetan porters along with George Mallory and Col. Teddy Norton. And, behind, our primary landmark: the rocky, scraggly summit of Kellas Rock Peak rising across the valley. ⁣⁣

Sid and I broke west from the main trail, weaving a route through the classic, towering seracs that border the standard route like guardrails. As we meandered, relishing in doing some extracurricular travel off a route that is heavily traveled but rarely explored, we kept referencing Beetham's 90 year old photo to gauge our location. The skyline looked right, but not the ground; much had changed in nearly a century.⁣⁣

Eventually, we felt we must be in about the right place judging by the foreground of Kellas Rock Peak and our views, but missing was the massive wall of seracs seen in the 1924 image. A 180-degree turn by us revealed the cause: the glacier flowing northeast off Chang Zheng Peak (6977m) had retreated several hundred meters in 90 years, its seracs melting out and completely altering the landscape. And, sure enough, our hunch was right: we both found, strewn amongst the boulders and scree of the Rongbuk, tin cans and bits of detritus almost certainly from 1924. It was nothing groundbreaking or hugely significant, but just another fascinating brush with Everest history, hidden in plain sight.⁣