The Meaning of Life

April 2022
What is the meaning of life? It's a question we all ponder at some point, and perhaps never really understand until we're faced with it's inevitable end and the comprehension that brings.
ESSAYS & INSPIRATION
inspiration,perspective,Quotations,Thursday Thought 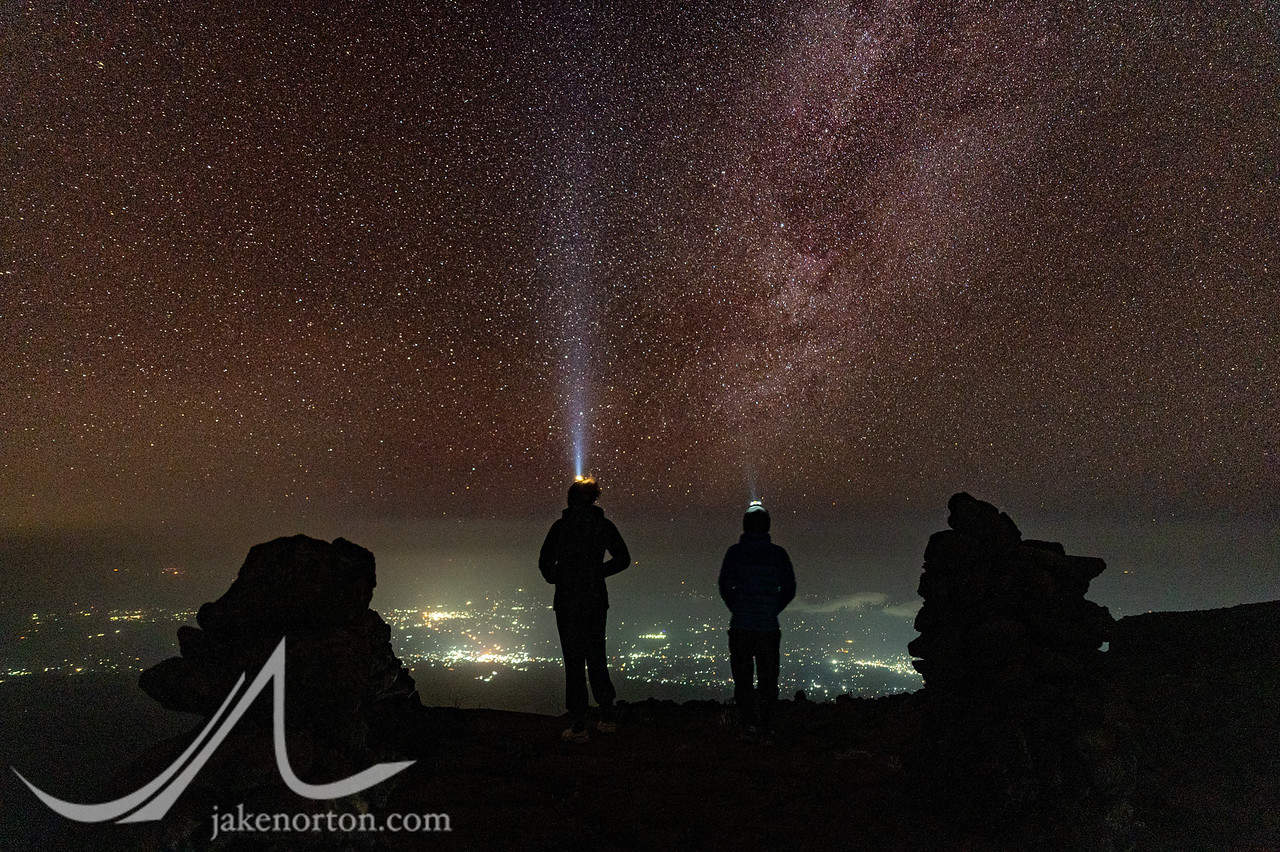 In December 2020, as we walked down a snowy path through towering ponderosas swaying in the winter wind, she asked me to write about the meaning of life, the purpose of it, what it’s all about. I smiled, knowing in my heart I am drastically underskilled, under-brained to tackle a subject as deep, massive, profound as this. This was for the great thinkers, the pundits and philosophers and sages. We continued our hike, discussing deep ideas and enjoying the meander of trail and thought.

Perhaps down deep she had an inkling, a hint coming from the primordial cellular level, and instinctual nudge which sparked the question that would soon demand an answer. It was not two months later that we got the news, and it wasn’t good. Acute myeloid leukemia (AML), a ruthless, aggressive disease quite treatable in youth through heavy doses of crippling chemo…doses that do more harm than good for older folks.

At 75, my mother fell into the latter category, and her pathway to the disease - a rare mutation of an equally rare mutation - made her situation even more unique, with virtually no viable, realistic treatment options. But, treat she did, going through two rounds of intensive therapies over several months, chomping horsepills like mutant jellybeans and having her system ravaged by the process.

Alas, it was all in vain: After two rounds, her leukemic blast count went up to 48%: no remission, no more options, seemingly game over. We all prepared for the worst, the inevitable, the outcome none of us wanted to believe possible yet always knew probable.

Being a relatively youthful 48, it’s hard for me to imagine the bleakness, the despair, my mother must have felt then, looking as she was at a closing door, she on one side and all she cherished in life - beauty, art, family, children and grandchildren, friends, aspen leaves on autumn days, the smell of baguettes in Parisian alleyways, side-splitting laughter and conscience-probing discussions, and so much more - on the other, slowly disappearing. I’m not sure how I would react, but I’m guessing not well; the tendency to be angry, to feel cheated, victimized, brutalized by the vagaries of chance and the unfairness of fate would be a powerful siren song.

In September, I sat in an office in the oncology department at Anschutz Medical Center, Dr. Pollyea looking at my mom and I, bewildered. AML is his specialty, and his knowledge of the disease, its progression, and the possible outcomes are bar none.

“When we last met in April, your blasts were high. Really high,” he said with an affable, caring bedside manner often glaringly absent in an oncology ward. “If you’d asked me then, I would not have guessed I’d be seeing you in July, let alone September. And certainly not seeing you with a hugely reduced blast count, walking, driving, and looking well.”

He sat back, smiling in his disbelief. “Honestly, as a doctor I want to be able to explain things, to give reasons and answers and explanations. But, I don’t have any for you. You’ve been under no treatment for about six months. You shouldn’t be here, but you are.” He shook his head again, not dismissively, but in wonder. “I don’t know what you’re doing, but all I can say is keep it up. Whatever it is, it’s working. You look great, you’re doing great.”

Fast forward to now, and she’s still going strong, against all predictions, against all odds, just four days from her 77th birthday. Her smile radiates life, taking it all in with grace, grit, and gratitude. Amazing.

In Gratitude, Oliver Sacks reflects on his impending death from liver cancer. He writes:

Over the last few days, I have been able to see my life as from a great altitude, as a sort of landscape, and with a deepening sense of the connection of all its parts. This does not mean I am finished with life. On the contrary, I feel intensely alive, and I want and hope in the time that remains to deepen my friendships, to say farewell to those I love, to write more, to travel if I have the strength, to achieve new levels of understanding and insight.

He goes on to contemplate a bit more deeply on the rare, remarkable gift that is life, replete with it’s joys and sorrows, triumphs and tragedies, and the understanding that, in the end, we can only but be grateful for having lived it:

There will be no one like us when we are gone, but then there is no one like anyone else, ever. When people die, they cannot be replaced. They leave holes that cannot be filled, for it is the fate—the genetic and neural fate—of every human being to be a unique individual, to find his own path, to live his own life, to die his own death. I cannot pretend I am without fear. But my predominant feeling is one of gratitude. I have loved and been loved; I have been given much and I have given something in return; I have read and traveled and thought and written. I have had an intercourse with the world, the special intercourse of writers and readers…Above all, I have been a sentient being, a thinking animal, on this beautiful planet, and that in itself has been an enormous privilege and adventure.

Sacks’ thoughts echo some of the physicist Alan Lightman in Probable Impossibilities. A brain-bruising, complex, and wonderful book, Lightman swings from discussions of quantum theory, deep time, and dark matter to notions of being, consciousness, and mortality, and it’s ever-sought twin, immortality.

While discussing the impossibility of life, he comes back to the fundamental need to be grateful for it even if we cannot fully understand it:

We humans living on our one planet wring our hands about the brevity of our lives and our mortal restraints, but we do not often think about how improbable it is to be alive at all. Of all the zillions of atoms and molecules in the universe, we have the privilege of being composed of those very, very few atoms that have joined together in the special arrangement to make living matter. We exist in that one-billionth of one-billionth. We are that one grain of sand in the desert.

Back in physicist-mode, Lightman talks about how he knows, scientifically, that his consciousness, his sense of being a being - a sentient being, a soul - is a but trick of intricately collected atoms joining together to form complex neurons which fire in intricate patterns to produce the semblance of sentience, the the illusion of existence beyond structure. Lightman notes this sense of self is no more than a fluke of atomic architecture…But, there might be something more to it:

I have a confession to make. Despite my belief that I am only a collection of atoms, that my awareness is passing away neuron by neuron, I am content with the illusion of consciousness. I’ll take it. And I find a pleasure in knowing that a hundred years from now, even a thousand years from now, some of my atoms will remain in this place where I now lie in my hammock. Those atoms will not know where they came from, but they will have been mine. Some of them will once have been part of the memory of my mother dancing the bossa nova. Some will once have been part of the memory of the vinegary smell of my first apartment. Some will once have been part of my hand. If I could label each of my atoms at this moment, imprint each with my Social Security number, someone could follow them for the next thousand years as they floated in air, mixed with the soil, became parts of particular plants and trees, dissolved in the ocean and then floated again to the air. Some will undoubtedly become parts of other people, particular people. Some will become parts of other lives, other memories. That might be a kind of immortality.

Gratitude amongst unavoidable loss. Love amongst loss. Understanding and immortality amongst overwhelming mystery and undeniable mortality.

Years ago, Tom Hornbein shared with me a letter he received from Barry Corbet just before Christmas in 2004. Barry had died days earlier, and sent a letter preemptively to his closest friends to arrive after his memorial service. Barry wrote:

…As many of you already know, my life is now over…. I’m a little saddened to be leaving a little earlier than expected, but feel no sense of tragedy. I’ve lived a lot longer than I ever could have or would have predicted thirty-six years ago after the helicopter crash…. I’ve had love overflowing, impassioned careers, a life of adventure and everything I’ve ever wanted. Nothing missed and no regrets. Live on in peace, health and happiness. Look for the meaning where you can, and cherish mystery when you can’t.

As I looked at my mom the other night at dinner, laughing and loving, sharing and learning, devouring the inimitable, irreplaceable beauty that is life, living fully, beautifully, remorselessly, it dawned on me: Wonder. Mystery. Fear. Acceptance. Love. Gratitude. No regrets.

What is the meaning of life? She doesn’t need to ask. She already knows.

22 comments on “The Meaning of Life”