December 2020
Impermanence is often a dirty word in the Western world, but with thought and acceptance, it is a massive positive, and a brush with eternity.
ESSAYS & INSPIRATION, FILM & VIDEO
impermanence,inspiration,perspective,Thursday Thought 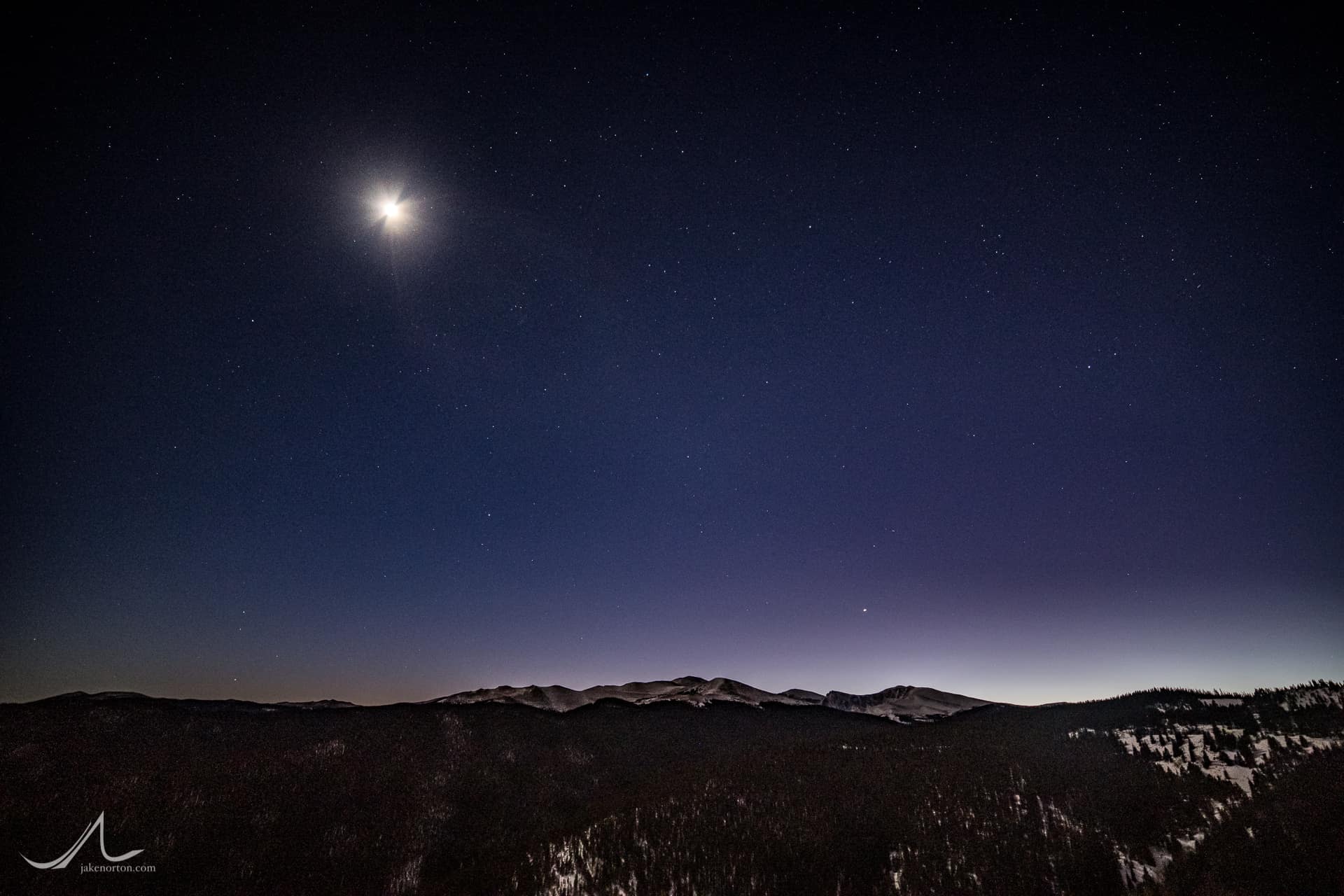 There was an immediate, if somewhat reluctant, acceptance of impermanence as we stood quietly under the dazzling night sky. The moon rose high above Blue Sky Mountain, its light blotting stars from the sky, but not enough to erase the Great Convergence of Jupiter and Saturn inching toward the distant horizon.

The wind blew, chilling to the bone on this perch at 10,000 feet, a cold breath reminding us of our inherent transience under the eternity of the heavens. In the pin-drop silence of the mountains, witnessing an event that humans haven’t seen since 1226 and won’t see again until 2080, it’s easy to get caught in the mire of of it all, to feel - as I wrote about last week - somewhat helpless, fatalistic, as if this life of ours is just an exercise in going through the motions, our thoughts and deeds and actions of no consequence in the realm of deep time. One can feel - as I often do - helpless, useless, a prisoner of our own startling insignificance.

But, if we look further, probe a bit deeper, there is solace - and salvation - to be found. The heavenly tango I watched in the Colorado sky on the eve of my 47th birthday was indeed one of deep time, time so long and ancient it can hardly be conceptualized. It seems to be part of the eternal, the infinite, to go on forever without end while we are but a blip on the radar, beyond insignificant, infinitesimal. But, like us, Saturn and Jupiter are ever-changing, in a constant - albeit slower - state of flux, surfaces eroding and orbits changing, atoms and molecules forever morphing and splitting, becoming and re-becoming. Like us - like me, like you - Saturn and Jupiter, Blue Sky Mountain, and the stars of the universe, are not eternal, but instead evolving, impermanent items in the opus of time.

In the West, we tend to abhor the idea of impermanence. We want - desperately at times - to ensure the things we love (ourselves included) will last forever. We long to control our destiny, to make our mark and cement our significance in the sidewalk of time, to create permanence from the impermanent. But nothing does last forever; even the moment of now is gone, scuttled off into the past, a relic of memory and history. And the things we love most are so loved because they are transient, because we know, deep down, they will not last forever; in a moment, they can - and will - be gone.

Thus, this notion - and recognition - of impermanence gives us a gift of freedom: freedom to engage fully with the moment, to embrace it with our love and heart and ethics and morals, knowing that it is the only thing we have, and before we know it, it is gone. And, the moment - this moment, right now - is a fragment of eternity: The past is gone, the future is not yet, but the moment - the here, the now - is the one, the only one, we can act upon.

Seize it. Enjoy it. Make it matter.