March 2022
A chance encounter on the chairlift with a legend of the outdoor industry, and also a great guy.
ESSAYS & INSPIRATION, MOUNTAINS & ADVENTURE
inspiration,KÜHL 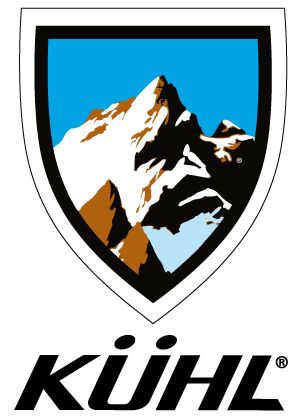 It’s not often you see genuine enthusiasm in a lift op. It’s a pretty thankless job, holding chairs for people in the cold and snow for hours on end, enduring their grumblings and complaints, and rarely getting a thank you or much else in the way of appreciation.

But, this guy’s enthusiasm was high, excited, genuine.

“Kevin, you rock man!” he yelled as he ran over to the guy boarding the chair with Wende and me. “Seriously, thank you bro. You’re awesome!” He gave the guy a hearty fist-bump and sent us on our way.

“What was that all about?” Wende asked.

“Oh, not much. I just know these people work hard all day, deal with a lot of angry skiers, and some good music can calm everyone’s nerves, make things a little better,” he said with a big smile. He looked like the usual 60-something ski bum, weather-beaten face etched with an ear-to-ear smile. “So, I bought them all boom boxes so they can crank some good tunes and have a better day.”

Quite a nice gesture, I thought to myself - one of simple thoughtfulness and generosity we see increasingly rarely these days.

We continued chatting, getting some of his backstory as the chair shuttled us up Snowbird’s Mineral Basin. Turns out, he moved to Utah back in the 1980s from Pennsylvania with a passionate focus on being a top-tier ski bum.

“But,” Kevin said with a big smile, “I pretty quickly found I was absolutely unemployable. I think I still hold the record for being fired from the most positions at Alta and Snowbird.”

“Anyway, I lived in a snow cave for a while, and eventually knew I needed a bit more than that - you know, food, heat, a roof. So, I started a company with some friends, and it’s worked out pretty well.”

“What company did you start?” I asked, guessing I already knew the answer as I gazed at the big KÜHL sticker emblazoned on each of his skis.

I laughed a bit, amazed I was sitting on the chair with this guy, founder and CEO of KÜHL, a brand I’ve loved for years and wear daily, everywhere. But, more than meeting him, what impacted me was the type of person sitting next to Wende and me. It’s rare (at least in my world) to share a chairlift with a CEO of a big company, and a lot rarer to have that CEO be a down-to-earth guy, humble, personable, and generous. And, perhaps even rarer to know that CEO lives his values into his company, focused on doing the right things at the right times for the right reasons.

A few years ago, I read a profile on Kevin where he talked about KÜHL and his philosophies, ethics, and direction with the company. It always stuck with me as an example of how companies should be, how leaders should lead, how capitalism can engage with ethics to shape our world into the place we want it to be rather than simply what the cynical lens says it merely can be.

It was a short ride with a great guy, one of those brief, passing moments of inspiration that happen at the unlikeliest of times. As we skied off in different directions, he gave me his email, saying to reach out sometime.

Note: I have no relationship with KÜHL in any way aside from being a very satisfied customer. If you’re looking for some great gear - and to support a company that walks its talk - take a moment to check out KÜHL. I’m pretty sure you won’t be disappointed.

5 comments on “That Was KÜHL”