May 2019
On May 1, 1999, my teammates and I discovered the remains of George Mallory high on Everest. Here, I reflect on that day twenty years later, once again on Mount Everest.
ESSAYS & INSPIRATION, MOUNTAINS & ADVENTURE
Everest,Everest 1924,everest 1999,Everest History,george mallory,Mallory & Irvine 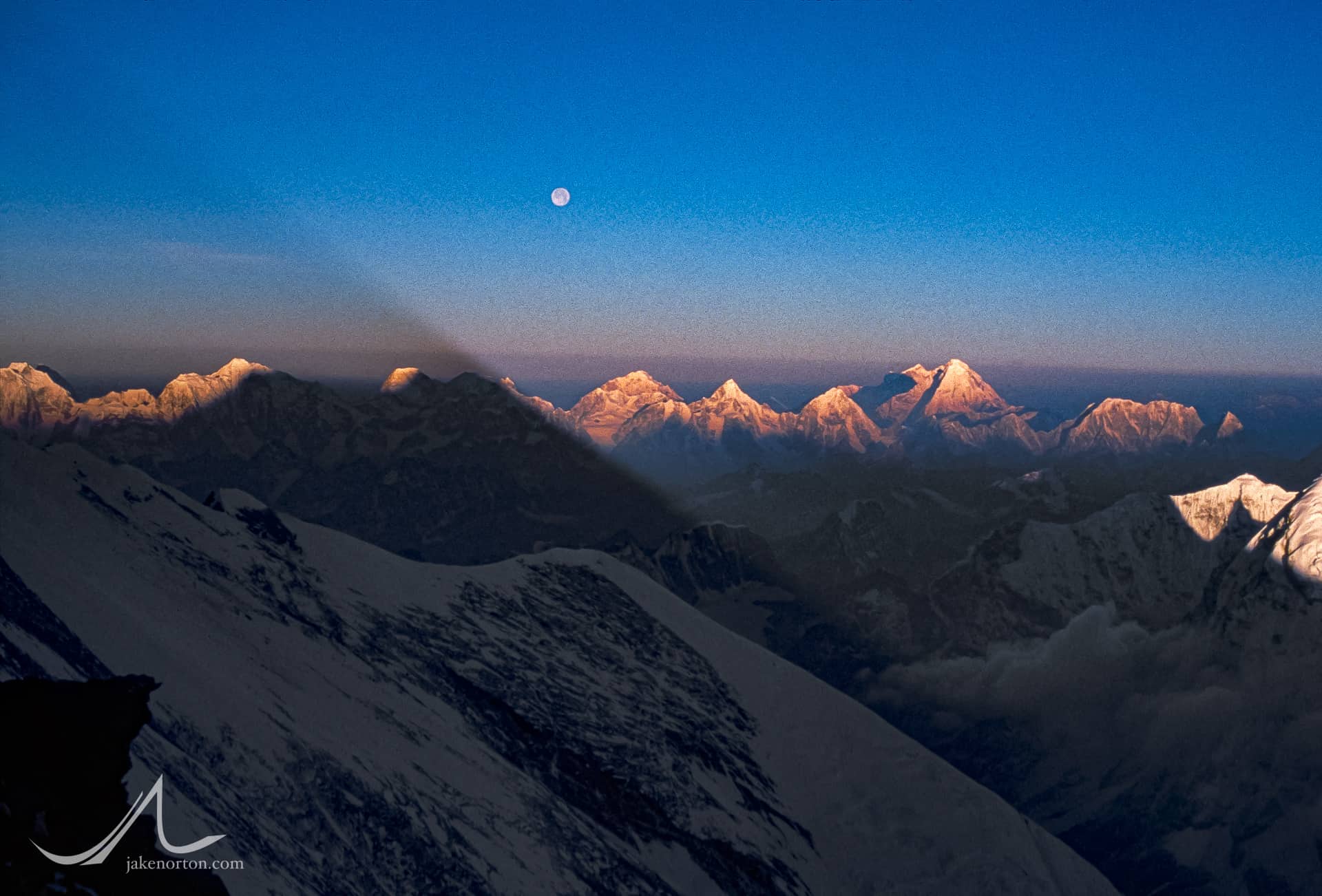 May 1, 1999, dawned clear and crisp, about as perfect as a Himalayan day could be. Six of us awoke at 25,600 foot Camp V, perched precariously on the North Ridge. Our goal for the day seemed a fairly humble one: climb to 27,200 foot Camp VI, drop some loads, and descend into a snowy basin for a first, cursory search of the area our resident historian, Jochen Hemmleb, thought held the best chance of finding evidence of George Mallory and Sandy Irvine from 75 years before.

It wasn’t a particularly user friendly area, sitting above 27,000 feet, tilted at an odd angle, and the unfortunately final resting place of – as we discovered – numerous bodies of more modern climbers. We we spread out into the basin, each trying to not cover the same ground twice and looking for anything that seemed out of place.

After an hour and forty-five minutes or so, we received an urgent radio call from Conrad Anker; he was but 50 meters or so from me, so I began to move in his direction to see what was up. When I arrived on scene, I was quite literally stunned into silence, as there Conrad stood over the remains of what had become for all of us a fallen hero. We believed at first it was the remains of Sandy Irvine – that is simply what all the scholarship and theorizing had led us to believe. I began scratching a small tombstone for Irvine with my Leatherman, reading simply Andrew Irvine, 1902-1924, as Conrad and I waited for the rest of the team to arrive.

Once on site and all together, we began investigating the body, looking for evidence that would inform our understanding of the climbers’ final days and hours on the mountain. After a bit of time, I noticed that while much of his clothing had been destroyed by rockfall over the years, his shirt collars were still intact, and I thought perhaps the manufacturer’s label might still be there. I turned them over, and in addition to the company label was a small laundry label reading: “George Mallory.” Here was proof-positive we had found one of the biggest legends of Himalayan mountaineering, an icon and a hero and an inspiration for so many.

The next 4-5 hours spent with Mallory – uncovering artifacts, repeatedly checking ourselves and asking if this was what Mallory – or us – would want done, and then finally spending a final hour burying his remains as best we could and laying him to rest with a committal sent to us in advance by his family – were some of the most poignant of my life. I still get goosebumps, chills, and a lump in my throat remembering the time we spent with Mallory and the things we learned about he and Irvine’s final days and hours on the mountain.

We were not, however, able to prove that, on June 8, 1924, Mallory and Irvine reached the summit of Mount Everest. Equally, though, we were not able to prove they did not. The jury is still out, the mystery still alive and well… perhaps as it should be. We may never know for sure if on that fateful day 95 years ago two fine men, dressed in wool, tweed, and hobnailed boots, struggled to the summit of Everest, 29 years before two equally fine men – Sir Edmund Hillary and Sherpa Tenzing Norgay – reached the summit via the Southeast Ridge. But, what I do know myself is the most important part of the story of 1924 is in the simple fact that they tried. Mallory and Irvine, and likewise their teammates Norton, Somervell, Odell, Beetham, Hazard, and Shebbeare, while far from perfect men still embodied a perfect ideal, that of living life with passion and purpose, of accepting the risk inherent in striving for something bigger than themselves, of not shying away from challenge, adversity, and discomfort.

The climbing of earth's heights, in itself, means little. That we want to try to climb them means everything. For it is the ultimate wisdom of the mountains that we are never so much as we can be as when we are striving for what is beyond our grasp, and that there is no battle worth the winning save that against our own ignorance and fear.

Namaste and tashi delek from Rongbuk Basecamp, May 1, 2019