November 2021
When things seem hopeless - as they often do now - it is time more than ever to embrace hope, embrace the risk it entails, and gather its energy to drive us forward into the unknown.
ESSAYS & INSPIRATION
COP26,Loren Eiseley,perspective,Quotations,Rebecca Solnit,Thursday Thought,Václav Havel 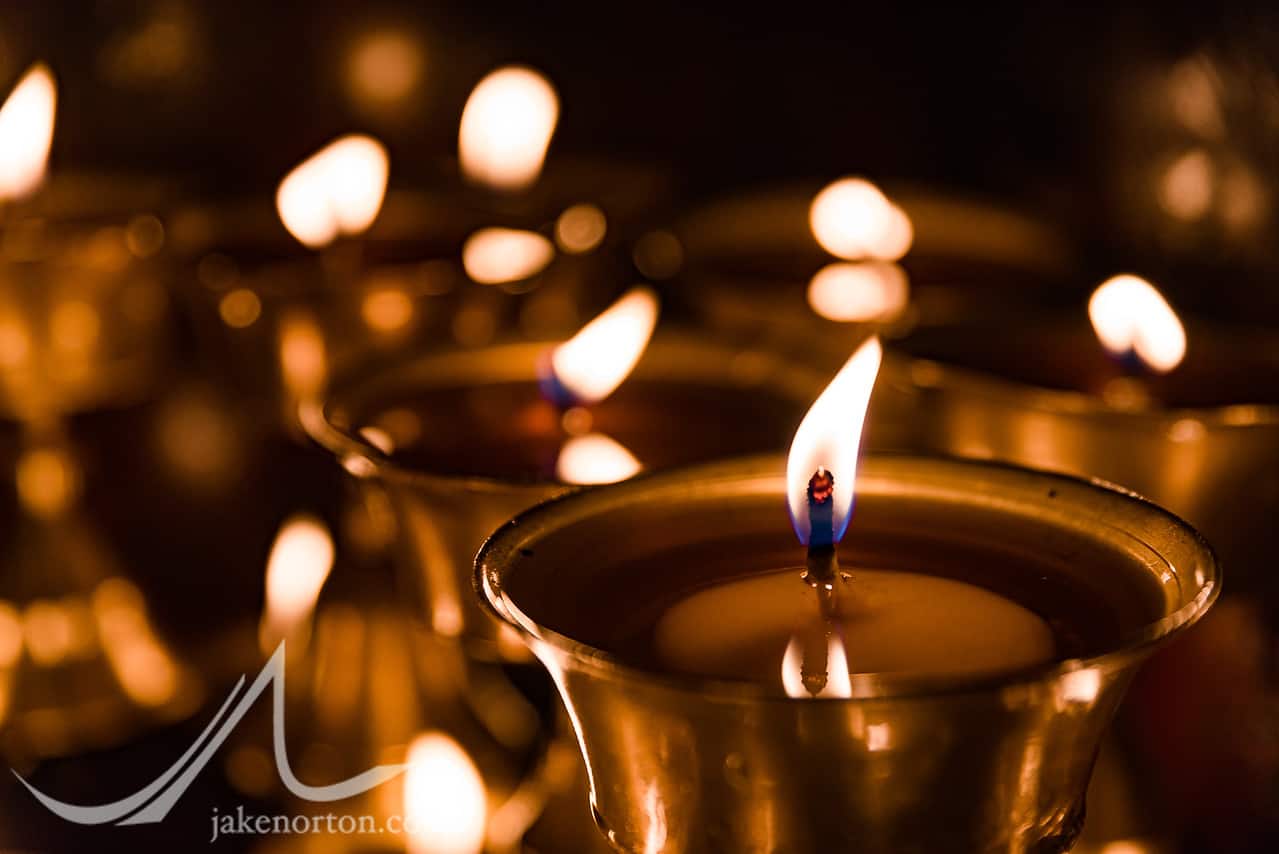 If you’re like me, it’s easy to stumble into the dark forest of hopelessness these days.

The world seems, well, pretty messy currently. Growing political and social divides, wars and conflict, famines and storms and a seemingly unending pandemic with an iron-gripped stranglehold on our old lives are constants in the news cycle.

Add to this the COP26 climate conference in Glasgow - wrapping up with (at best) tepid action and withered commitments from the world’s greatest CO2 offenders coupled with ample, juvenile finger pointing and buck-passing… Many are understandably proclaiming lost hope for averting impending climate crises.

But, hopelessness is a strange and enticing bedfellow, enticing with its dark, warm embrace, utterly paralyzing as it seals shut the doors of possibility, ingenuity, perseverance, and vision.

Years ago, I was recounting the story of my 1999 trip to Everest, and the windstorm we found ourselves stuck in at Camp V, 25,600 feet. It was a brutal one, with tent-flattening winds, unrelenting and pinning us to the camp for three days, low on food and supplies. Afterward, I was asked what we did, how we planned, while in the storm; in response, I shared a common, guiding principle of climbing: plan for the worst, and hope for the best.

“That’s ridiculous! You don’t hope for something if you want to be successful, especially when the stakes are high,” the questioner said disparagingly. “You plan, and then you create the future you want and need. Hoping is useless.”

While I don’t disagree with the underlying intent of his statement, I think his C-Suite hubris missed the point entirely: hope is the very engine which drives our energy, focus, dreams, and desires, enabling us to bring clarity to the realm of the unknown, the unpredictable, the misty and stormy and at-times dangerous terrain ahead. It is the clinging to a scrap of hope, the proverbial light at the end of the tunnel, that allows us to move forward, to create that very future we both want and need.

On a mountain - as in life, in our world - little is predictable outside of our own, immediate sphere. We are faced in every moment with a host of potentially lethal unknowns - avalanche, rockfall, storm, wind, a slip or fall, etc. - which we cannot predict, but for which we can prepare, prepare for the worst. Inevitably, those unknowns imply some risk, and risk inevitably leads to a degree of fear about the potential outcomes: injury, death, being stranded, and more.

And, there it is: fear. That impassioned, oft-misunderstood emotion dime-store pundits tell us to ignore, companies emblazon on t-shirts to woo adolescent bravado, and most of us hide from as best we can. But fear is a strange and mystical bird, one that can paralyze us if we allow it, and propel us if we harness it. And fear - drawn out and up by the unknown and unknowable, the unpredictable and uncontrollable - is the hidden power, the driving force, undergirding hope.

Simply put, when we’re faced with a high degree of uncertainty, a high degree of risk - be it immediately personal, or more globally existential - our eons-old programming strikes the spark of fear. If left to it’s own devices, fear locks us in a state of fixation on the outcome, unable to move, focus, process, blinded to the potential alternatives and possibilities available. When harnessed, however, fear becomes a focusing agent, allowing us to hone in on viable pathways through the morass.

In Hope in the Dark, Rebecca Solnit put it this way:

Hope locates itself in the premises that we don’t know what will happen and that in the spaciousness of uncertainty is room to act. When you recognize uncertainty, you recognize that you may be able to influence the outcomes — you alone or you in concert with a few dozen or several million others. Hope is an embrace of the unknown and the unknowable, an alternative to the certainty of both optimists and pessimists. Optimists think it will all be fine without our involvement; pessimists take the opposite position; both excuse themselves from acting. It’s the belief that what we do matters even though how and when it may matter, who and what it may impact, are not things we can know beforehand.

Decades before Solnit put her pen to paper, Loren Eiseley - that obscure-but-brilliant thinker I reference often - wrote in the New York Times of risk - and it’s corollary, hope - during equally frightening, divisive, potentially hopeless times. In The Hope of Man, Eiseley declares humans “a crisis animal” whose eons-long journey through time has been one of embracing risk, clutching to hope, and allowing it to fuel the brave march into the unknown:

…they [early humans] did more than seek survival. They risked. They risked the mounting of the first wild stallion, they risked their lives on water. They eyed for long centuries the air and mastered it. They crossed the poles amidst new death. They have now risked the moon. There are even those among them who risk love and compassion across the boundaries of race and form, men who risk the very love of earth itself and would protect for the sake of those unborn. Moving headlong into the unknown to open new opportunities, chart new ground, and solve great problems. It’s what we humans have done throughout our journey, embracing risk, embracing hope, embracing the essential vision of a brighter future.

In 1990, Václav Havel’s thoughts on hope appeared in published interviews with Czech journalist Karel Hvížd’ala (see Disturbing the Peace). In it, Havel describes essential hope in hopeless times “above all as a state of mind, not a state of the world.” He continues:

Hope is not prognostication. It is an orientation of the spirit, an orientation of the heart. It transcends the world that is immediately experienced, and is anchored somewhere beyond its horizons…Hope, in this deep and powerful sense, is not the same as joy that things are going well, or willingness to invest in enterprises that are obviously headed for early success, but rather an ability to work for something because it is good, not just because it stands a chance to succeed. The more unpromising the situation in which we demonstrate hope, the deeper that hope is. Hope is not the same thing as optimism. It is not the conviction that something will turn out well, but the certainty that something makes sense, regardless of how it turns out. In short, I think that the deepest and most important form of hope, the only one that can keep us above water and urge us to good works, and the only true source of the breathtaking dimension of the human spirit and its efforts, is something we get, as it were, from ‘elsewhere.’ It is also this hope, above all, that gives us the strength to live and continually to try new things, even in conditions that seem as hopeless as ours do, here and now.

- Václav Havel, from Disturbing the Peace by Karel Huizdala (library)

Again, hope not as blind optimism simply assuming all will be ok because we want it to be so, but rather hope as the catalyst of energy driving us forward, into the unknown, onward to uncertain outcomes, for no other reason than that we know intrinsically that it is right, good, necessary.

Hope is not a lottery ticket you can sit on the sofa and clutch, feeling lucky. It is an axe you break down doors with in an emergency. Hope should shove you out the door, because it will take everything you have to steer the future away from endless war, from the annihilation of the earth's treasures and the grinding down of the poor and marginal… To hope is to give yourself to the future - and that commitment to the future is what makes the present inhabitable.

Indeed, these are hopeless times. But, within them, we must remain hopeful; we must keep that spark alive, the spark which turns to fire and pushes us onward. To succumb to the inviting tendrils of despair, bathing unhappily in its warm, comforting darkness, would be to betray our collective human history - the history that brought us to this inflection point, and the future that will lead us through it. Again, Eiseley:

Hope and risk, are they too great to expect of man? I do not believe it. They constitute his shadow. They have followed him for a million years. They stood with him at the Hot Gates of Thermopylae. They shared the cross at Calvary. I think it was really there that the great wave began to gather when all else seemed lost. We are again threatened with the insidious Elizabethan malady of weariness. But a voice spoke then of hope, and of great reversals, of Impending tides. May this too be such an age. May Francis Bacon's voice still speak of hope, not for man only, but of the survival of the planetary life without which our own lives are as nothing. The risk is there but the indomitable human spirit will cry “assume the risk.” By it alone has man survived. And only who know what it is to risk can understand compassion.

Please join me in lighting that spark of hope and keeping the journey to a better, brighter future alive.

If, like me, you need a little dose of laughter after all the above, check out Robin Williams below describing the advent of golf (warning: quite a bit of swearing). At 1:06, he talks about the little flag “to give you f%$&*#@ hope.” Enjoy below, or watch a longer, full version here:

3 comments on “Plan for the Worst; Hope for the Best”