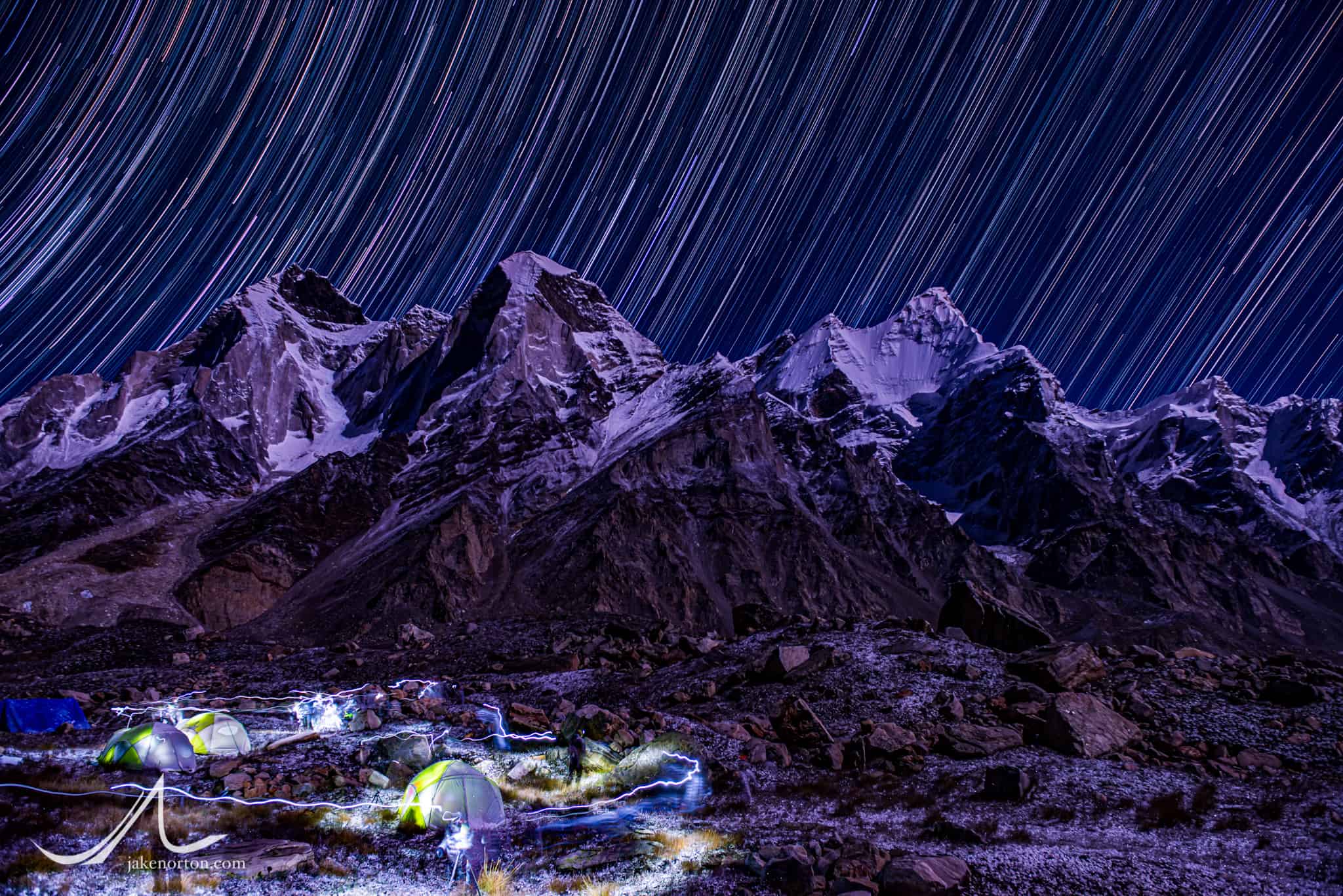 Whatever we call it, spending time gazing into the infinitude of the night sky is a spellbinding experience, especially when we’re able to do so in a “dark sky” area. If the Milky Way happens to be out - and visible - it’s even more entrancing, our galaxy’s brush stroke across the jet-black night forcing recognition of how incomprehensibly tiny we are in a swath of 100-400 billion stars: One tiny planet in one tiny solar system, a grain of sand in a desert, the Milky Way in turn but one grain in another desert of perhaps 2 trillion galaxies.

It boggles the mind, and can induce a bit of terror in some ways, a fear born of understanding that the trials and tribulations of our shared and collective humanity are but a trifle in the vastness above. Our anthropocentric society likes to bend our sense of reality to one of immediate and consequential omnipotence, perhaps more so today with the ubiquity of selfies and social media. (I write this knowing I will soon share it, perhaps hypocritically, on social media; the painful irony is not lost on me.) But, gazing at the infinite above, that understanding is quickly muted, shattered, dashed on the doorstep of our own deafening inconsequence.

And yet, simultaneously, that dark vastness above which seems so far, so foreign, so distinctly separate from all that is us…is, in fact, us. In Probable Impossibilities, physicist and essayist Alan Lightman writes:

Not only are we cosmic material. We are the precise material made in stars. Our atoms, our particular atoms, one by one, were forged in the nuclear reactions of stars, then hurled out into space in the explosion of those stars, to swirl and condense millions of years later into planets and ultimately into single-celled organisms and ultimately into us human beings. We are literally part of the cosmos. Contrary to widespread belief, there are not two kinds of material in the cosmos—inanimate material, like rocks and water and planets and stars, plus a second kind of material, the animate, endowed with some supernatural, transcendent essence. There is only a single kind of material, made of atoms. Rocks, water, air, trees, human beings—all are constructed of the same atoms. Still, it is stunning that a mere assemblage of atoms can produce the exquisite sensation of our consciousness, feelings of love and anger, self-awareness and self-reflection, memory, painters and philosophers and scientists. How is that possible?

After reading Lightman’s book, I found myself going back through old books, re-reading bits from old favorites like philosopher Ken Wilber, Advaita Vedantists Adi Shankaracharya (Shankara), Sri Ramakrishna, and Swami Vivekananda, and others, digging into the murky-but-enthralling realm of monist (non-dualist) thought. And, just to punish my fragile cerebellum more, I dove into quantum articles about wave-particle duality and what quantum theory tells us - or not - about reality.

Shankara, who popularized the non-dual underpinnings of Hinduism in the 8th Century CE (likely to some degree in reaction to the rapid spread of Mahayana Buddhism and its similar philosophical underpinnings), built much of his thought upon the phrase tat tvam asi (“thou art that”). Appearing throughout the ancient Chandogya Upanishad from 600 BCE, tat tvam asi leans into the Hindu interpretation of the unity of self or soul (Atman) and the universal, god (or god-like consciousness, Brahman). Put simply, tat tvam asi is a declaration of non-duality, of separateness being the illusion, universality the reality.

In No Boundary, Wilber - drawing from a disparate stew of quantum physics, Buddhist Dharmadhatu doctrine, Advaita Vedanta, the Gospel of St. Thomas, and more - says:

The ultimate metaphysical secret, if we dare state it so simply, is that there are no boundaries in the universe. Boundaries are illusions, products not of reality but of the way we map and edit reality. And while it is fine to map out the territory, it is fatal to confuse the two…From another angle, this is the profound Buddhist doctrine of the Void, which maintains that reality is void of thoughts and void of things. It is void of things because, as our physicists discovered, things are simply abstract boundaries of experience. And it is void of thought because thought, our symbolic map-making, is precisely the process which superimposes boundaries on reality. To see a “thing” is to think; to think is to picture “things” to yourself - “thinking” and “thinging” are thus two different names for the net of boundaries we toss over reality.

Hence, when Buddhists say reality is void, they mean it is void of boundaries…Speaking of the Void, D. T. Suzuki says that it “does not deny the world of multiplicities; mountains are there, the cherries are in full bloom, the moon shines most brightly in the autumnal night; but at the same time they are more than particularities, they appeal to us with a deeper meaning, they are understood in relation to what they are not.”
The point is that when the world is seen to be void of boundaries, then all things and all events - just like all the opposites - are seen to be mutually dependent and interpenetrating. Just as pleasure is related to pain, good to evil, and life to death, so all things are “related to what they are not.”

I’m with you; Wilber is hard to read, at least for the feeble-minded like me. His point - and that of the non-dualists in general - is that we as humans have developed a complex net over millenia, a net of division and duality which does not truly serve us. Put in a simpler context than Wilber’s, Dōgen wrote a waka in the 12th Century:

Here with no mind
I sit in my lonely hut
Listening to the raindrops splash on the roof;
That is to say
The raindrops hear themselves.

* This was the translation given to me in 1994 by my Buddhism professor, Doug Fox. For more in-depth and alternate versions of the same, see The Dōgen Institute.

Sitting under the raindrops - or under the light droplets of the Milky Way - I find great solace in the concept of oneness, non-duality, universal Nature, Brahman, or god. The monist ideal that we all - human and animal, stone and sky, atom, nuclei, and quark - are tied together, warp and weft of the same cosmic fabric, distinct and yet integrally related to (and dependent upon) that which we are not, imbues our fleeting existence on this plane with a degree of hope, of essential interconnection and interdependence.

Lightman - who may or may not be a non-dualist (a distinction that doesn’t matter if non-duality is reality) - speaking as a physicist goes into the idea that the atoms which create me, you, and all, are the same atoms from the beginning of the cosmos, a near-invisible bond of Oneness tying together all, and pointing perhaps at the eternal:

I have a confession to make. Despite my belief that I am only a collection of atoms, that my awareness is passing away neuron by neuron, I am content with the illusion of consciousness. I’ll take it. And I find a pleasure in knowing that a hundred years from now, even a thousand years from now, some of my atoms will remain in this place where I now lie in my hammock. Those atoms will not know where they came from, but they will have been mine. Some of them will once have been part of the memory of my mother dancing the bossa nova. Some will once have been part of the memory of the vinegary smell of my first apartment. Some will once have been part of my hand. If I could label each of my atoms at this moment, imprint each with my Social Security number, someone could follow them for the next thousand years as they floated in air, mixed with the soil, became parts of particular plants and trees, dissolved in the ocean and then floated again to the air. Some will undoubtedly become parts of other people, particular people. Some will become parts of other lives, other memories. That might be a kind of immortality.

Connection. Interdependence. Non-duality. Yet, paradoxically, as Suzuki said above, individuality within it all. They are not mutually exclusive; they are just what they are not. Vivekananda wrote:

Unity in variety is the plan of the universe. We are all men, and yet we are all distinct from one another. As a part of humanity I am one with you, and as Mr. So-and-so I am different from you. As a man you are separate from the woman; as a human being you are one with the woman. As a man you are separate from the animal, but as living beings, man, woman, animal, and plant are all one; and as existence, you are one with the whole universe. That universal existence is God, the ultimate Unity in the universe. In Him we are all one.

- Swami Vivekananda, The Ideal of a Universal Religion

If and when we can get ourselves as humans to see and embrace this idea of Oneness, of true and essential interconnection and mutual dependence, Vivekananda’s unity in variety, individuality in universality, perhaps we can begin to treat existence with gentler hands, live lighter on the Earth and kinder to each other.

Staring up at the night sky, marveling at the tiny vastness that is me, it seems a small price to pay.

My loyalties will not be bound by national borders, or confined in time by one nation's history, or limited in the spiritual dimension by one language and culture. I pledge my allegiance to the damned human race, and my everlasting love to the green hills of Earth, and my intimations of glory to the singing stars, to the very end of space and time.