December 2020
A wildlife utopia, Salisbury Plain and other parts of remote South Georgia may soon be impacted by an iceberg the size of Rhode Island.
MOUNTAINS & ADVENTURE, NEWS, PHOTOGRAPHY
Antarctica,climate change,South Georgia,travel 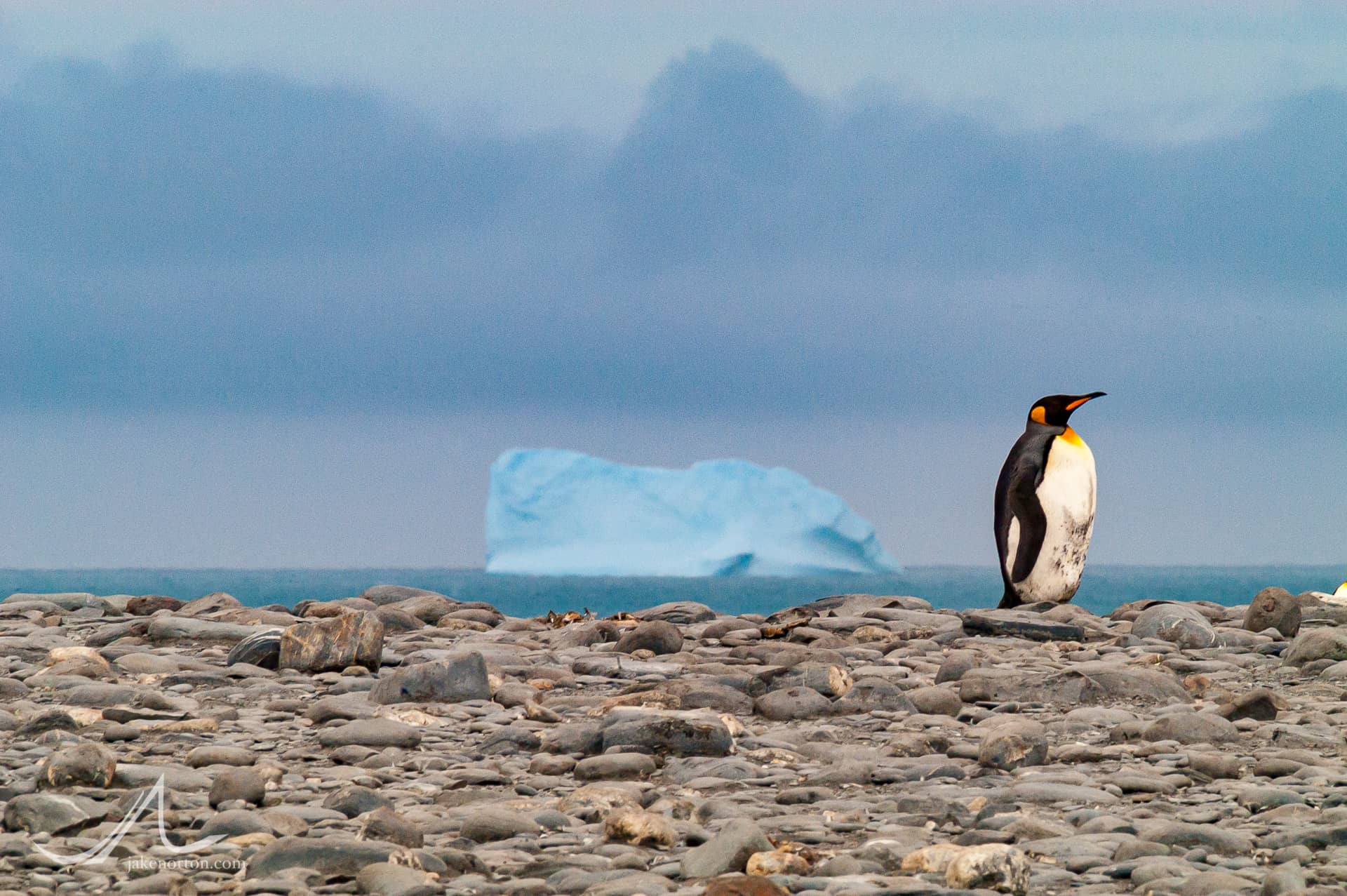 It was perhaps the loudest and busiest place I’ve ever been, literally crawling with activity, a cacophony of noises fit to deafen. And yet, despite the incredible chaos, there was intense peace, a feeling that - here at least - everything was right with the world. This was Salisbury Plain.

Around me, some 500,000 king penguins (Aptenodytes patagonicus) mingled about, adults waddling through the masses, squawking endlessly for their young: the puffy, helpless chicks called oakum boys (after their resemblance to the oakum used to caulk timbers on sailing ships). Squawks went back and forth, adult to oakum, and oakum to adult, all the same to my ear, but unique and different to the penguins, who locate each other amidst the hordes through their individual calls. Once reunion is made, mother and father regurgitate fresh fish to their plump offspring, and head back to the ocean to fish more, weaving their way through pods of southern elephant seals and paying but passing curiosity to the strange bipeds in their midst.

I sat with the kings here at Salisbury Plain for several hours, taking in the scene and marveling at the wonder of nature before me. Here it feels like utopia, a realm of wildlife so intense and yet so innocent you’d think you were on another planet, one that had never known the challenges of the anthropocene, and perhaps would never feel its impact. Completely lost in thought, I was tugged reluctantly from my reverie by something at my elbow; it was a fat, young elephant seal, unaccustomed to creatures like me and, out of a combination of hunger and curiosity, he was sucking on my elbow, hoping to no avail it would yield some milk or other sustenance. I pulled back with laughter, and he let out a baleful whine. Worried the noise might be a call to his mom - who might not appreciate me - I retreated back into the crowd of kings.

Salisbury Plain - and really all of South Georgia - is something of a utopia, a land where nature rules and where man’s imprint - once strong in whaling - is minimal. For the most part, the wildlife here knows little of humans, and cares less; as I wandered the landscape, I was a bit of intrigue rather than an imminent threat, and rarely garnered more than a passing glance or a misplaced suckle.

Frighteningly, however, some of that might soon change. In 2017, a massive fracture in the Larsen C ice shelf on the Antarctic Peninsula released a gargantuan iceberg. Roughly the size of Rhode Island, the berg - known as A68a - has for 3 years made it’s way through the southern ocean, and has recently been moving quickly toward South Georgia. At 95 miles long, 30 miles wide, and extending 500-600 feet beneath the surface, this behemoth could get stuck on the shallow waters around South Georgia, grinding to a halt offshore in some of the world’s most fertile seabed. This would not only disrupt the fragile seabed ecosystem, but also potentially cut off the penguins and seals from their feeding grounds in the deeper ocean waters.

While scientists cannot fully pin the Larsen C collapse on anthropogenic climate change, evidence points to a connection between the historic collapses we’re now seeing in these shelves and the striking rise in temperatures in and around the Antarctic. There's still a chance A68a - which split up a bit a couple days ago - will miss South Georgia and be carried away by currents. But, sadly, additional collapses and calvings will occur in the future, and like everything on earth, my friends in Salisbury Plain will feel the impact of humanity one way or other.

2 comments on “A Busy, Threatened Utopia”