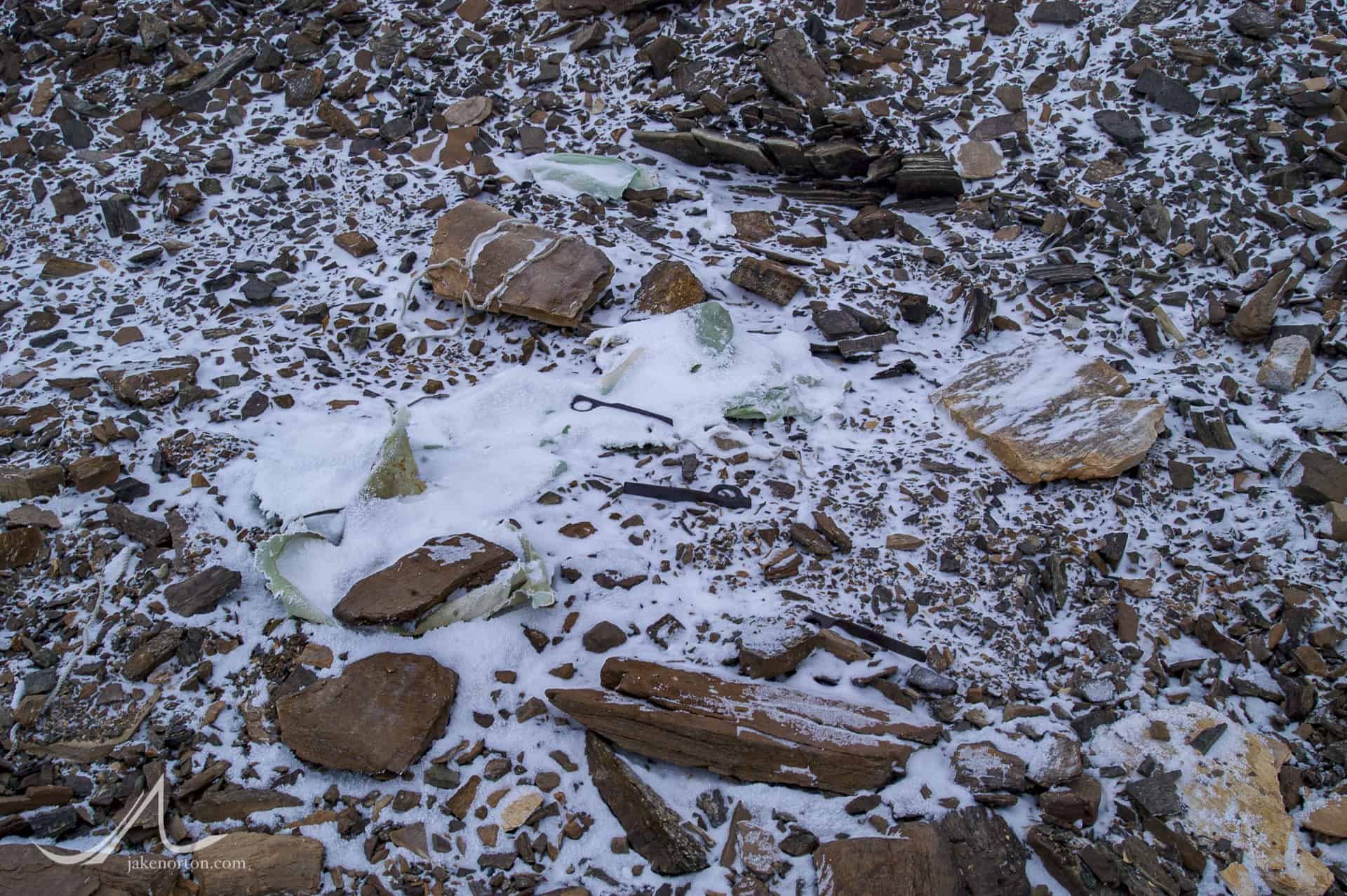 Back in 2004 on the third Mallory & Irvine Research Expedition, Dave Hahn and I scoured the upper mountain looking for traces of Mallory & Irvine from 80 years before. I have posted videos from this expedition in the past, here and here.

After a couple days of searching on our second round working about 27,000 feet, Dave and I decided it was time for him to make a summit bid. Having reached the top the two previous years, I had little interest in climbing to the summit again and chose to let Dave go with our stellar Sherpa team of Danuru and Tashi. I would remain high on the mountain in support and do some additional searching.

My target for the day was multi-fold. I wanted to head to the Northeast Shoulder of Everest, due north of our high camp at 27,300 feet, and:

The day was far from perfect – the wind howled, blowing frigid snow into my down suit and knocking me over as I left our tents.

As I moved across the terrain of the North Face, my excitement built. Ever since I was a little kid, I’ve always had a fascination with history, with finding bits of the past long forgotten. Although the weather was not ideal, I had a good feeling about the day and was happy to be off route, away from the fixed lines, going where very few venture.

The climbing to the NE Shoulder is not tough – scree slopes and snow gullies wind up a 35 degree angle. The hard part is simply the reality of scree climbing: one step forward lands you two steps back. Not a fun thing anywhere, but especially not at 27,300 feet! But, my excitement for the day propelled me forward.

Eventually I gained the NE Shoulder…and the full force of the wind as it howled across the North Face and out onto the Tibetan Plateau. I scrambled around trying to think of where I would pitch a glorified pup-tent back in 1938. No place made sense at all, but I finally saw a small wind-break in the rock and moved toward it. As I did, I got distracted by something long and thin in the rubble to the west and, upon investigation, found a full length wooden tent pole.

Bingo. It had to be from 1938, the camp must be nearby. Since I had walked downwind to get to the tent pole, I figured the pole must have blown there and thus the tent site would be upwind. Heading back, I b-lined to the rocky windbreak I saw before, and, sure enough, lying under a dusting of snow were the remains of the 1938 Camp VI.

After scouring through the meager remains of the camp, I took a more thorough look around – the mighty Pinnacles loomed above and the Longland Traverse, obvious as an interstate cutting through the Yellow Band, headed off diagonally some 200 meters away.

I could just envision Mallory & Irvine here 80 years before climbing upward toward the as-yet-unclimbed summit of Everest. The adventure and trepidation they must have felt was almost palpable. The mountain may yet yield their mysteries…but not that day.

It had already been 4 hours for my outing on the ridge, and I knew from radio conversations that Dave, Danuru, and Tashi were coming down from a successful – but windy – summit day.

As I always do, I knelt down and said my private words of thanks to Chomolungma, Sagarmatha, the mountain deities, for sharing the terrain, the experience, the adventure with me, and I walked happily back to camp.