What We Say Matters

September 2021
Note: This took me a long time to write. It was painful, it was scary. I'm a strong Biden supporter. I'm no expert on Afghanistan. I don't know precisely what or how things could have been different. But, I do know for sure that I've found myself outraged, brokenhearted, full of tears and anger and […]
ESSAYS & INSPIRATION
Afghanistan,Biden,criticism,Quotations,Thursday Thought 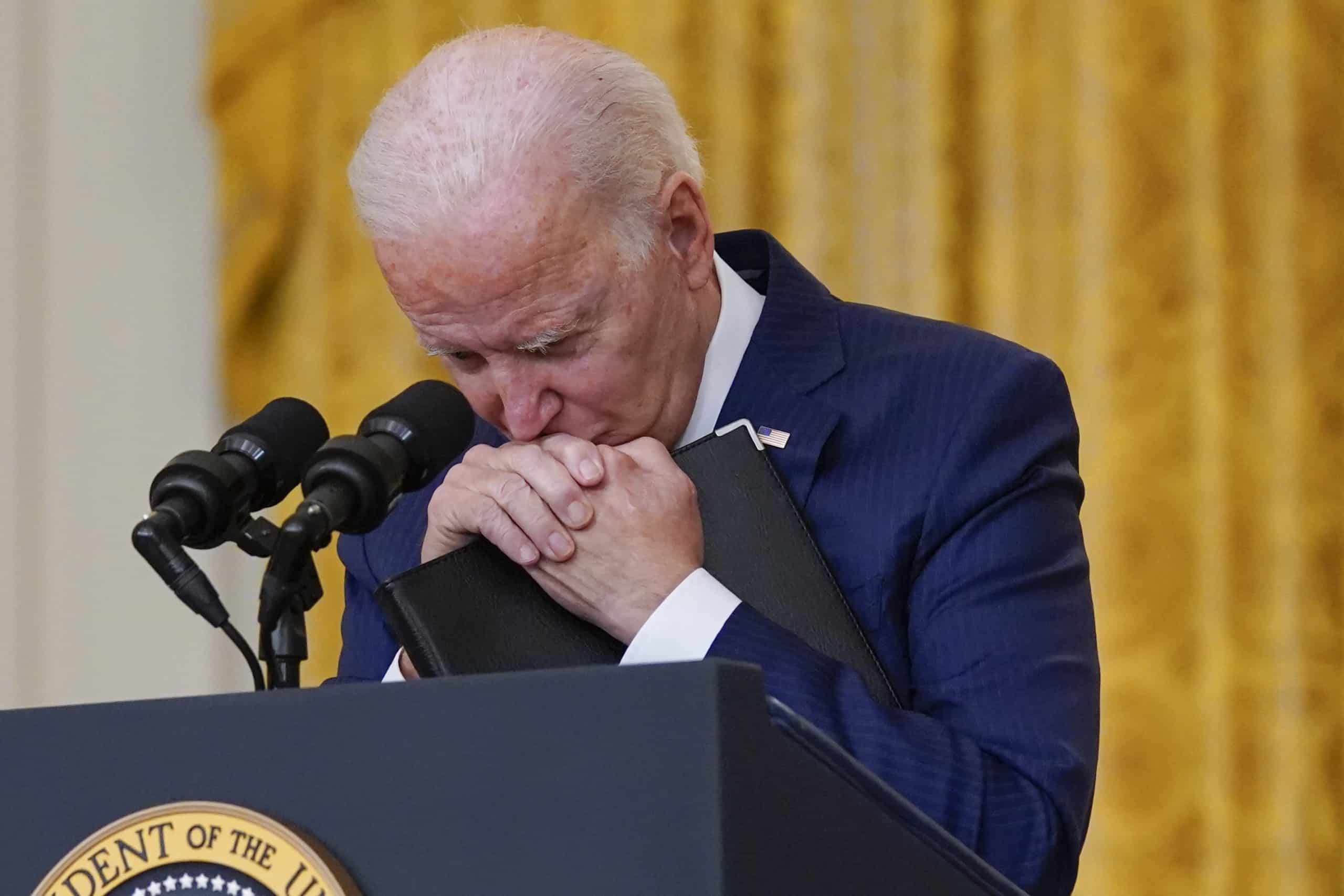 Note: This took me a long time to write. It was painful, it was scary. I'm a strong Biden supporter. I'm no expert on Afghanistan. I don't know precisely what or how things could have been different. But, I do know for sure that I've found myself outraged, brokenhearted, full of tears and anger and more emotions than I know what to do with as I've watched and listened to what I see as a massive failure of policy and procedure.

I'm sure many of you will disagree with the thoughts and ideas below, and I'd love to hear from you. Please comment, share, and let's all learn and think together.

And, if you - like me - want to help those still stuck in Afghanistan, please consider donating - as I have - to the organizations below:

Those four words are some of the most honest and accurate spoken by a high-level American politician in my recent memory.

What we say as a country, as a nation, does matter. It matters a lot, and has for a long time. But, in the end, what we say - what anyone says - matters far less than what we do, what we as a nation, as a people who purport to believe in notions of morality, ethics, integrity, and good will, actually do.

As we all know, the last US troops in Afghanistan have now left the country. Former President Ghani is long gone, the Afghan military crumbled (but maybe not in the way we’re told), and the Taliban is in charge - just as they were when, on October 7, 2001, then-President Bush, in starting the Afghan war, declared:

“The name of today's military operation is Enduring Freedom. We defend not only our precious freedoms, but also the freedom of people everywhere to live and raise their children free from fear…We will not waver; we will not tire; we will not falter; and we will not fail…Peace and freedom will prevail…The United States of America is a friend to the Afghan people.”

Over the course, though, of our 20 year brutal, violent, ugly, and costly time in Afghanistan, we as a nation did waver, tire, falter, and ultimately fail. Peace and freedom have not - and I’m guessing will not anytime soon - prevail for the some 39 million Afghans now living under an emboldened Taliban rule.

What we say matters.

So much of our foreign policy tends to err on the immediate, satisfying short-term rather than long-term goals, hopes, and ambitions. Like many of you, I initially supported our actions in Afghanistan in 2001 - if not the president directing them - hoping that we, the United States of America, purveyor of freedom, equality, democracy, and humanity in the world, could rout out the bad actors embedded in the the country and also bring to the Afghan people a level of dignity and self-direction they’ve deserved for centuries, while simultaneously avoiding the tragic and hindsight-predictable failures of empires of yore. I continued to support our efforts in Afghanistan as the years went on, hoping that surges and draw-downs, elections and leadership changes might bring about the changes sought. Hoping - erroneously - that we had wizened leadership in the White House and the Pentagon. Sadly, we Americans were mislead by the Bush, Obama, and Trump administrations about the situation on the ground, while they continued to blunder through rote repetition of past failures (as Craig Whitlock’s The Afghanistan Papers details).

Fast forward to now: President Biden has closed up shop, pulled our troops, and while he and his team did manage - extraordinarily - to evacuate some 122,000 people at the ninth hour, we left behind as many as 200 American citizens who wanted to leave, and thousands of Afghan allies - interpreters, NGO staff, women’s rights advocates, American University of Afghanistan teachers and students, and more - with Special Immigrant Visas, all of whom now find themselves abandoned, stranded, alone, and vulnerable to the vicious whim of the Taliban.

What we say, and what we do, matters.

Perhaps nearly as tragic as our bungled pullout and the loss of 13 US Marines and 79 Afghans is the tepid criticism of President Biden (and even outright condemnation of criticism) and his team from those on the left. Any of you who know me, or read my posts here and on Instagram and Facebook, know that I am no fan of Donald Trump. He’s a morally, ethically, and intellectually vapid wasteland disguised as a human being, and one I’ve been opposed to from day one.

But, my opposition to Trump and the partisan stooges who support him - and my very real fear of their return to majority power - does not mean I’ll ignore the abject failures of the Biden Administration. To do so would be duplicitous, spineless.

Had Trump been in office, leading the botched pullout from Afghanistan, I am certain the outcry from the left would have been swift, brutal, incisive. Instead, Democrat response to the situation has been tepid at best, muted criticism as a thin veil for the fear driving it: fear that if we criticize Biden, we’re lost, we’re giving ammo to the Republicans and sealing the fate of our razor-thin majority.

That may be true. Trump and his allies on the far right will seize any and all opportunity to throw stones in desperate attempt to absolve - or at least distract from - their own personal and policy failures. But, in the end, what we say and what we do matters; standing up and speaking out about right and wrong, good and bad, matters.

It matters to the 2,324 US Military who gave their lives in the conflict. It matters to the 46,319 Afghan civilians killed in the conflict. It matters to the Americans and Afghans left behind, to our allies and partners on the ground. And, it matters to the United States of America, to us as citizens of this country (and this world). It matters to our past, our present, and to our future, for if we on allow our fear of what political ends might arise from right, just, and true criticism of our President, party, or side of the proverbial aisle, aren’t we just mimicking the same behavior we so deeply decry from much of the right? As Tom Nichols recently pointed out in a USA Today opinion piece: “Nothing could serve the Republicans better than to have the Democrats become a mirror of the GOP.”

If we let our fear of a potential electoral outcome temper or mute our critique of a job poorly done, a well-intentioned plan badly executed, we abdicate any moral or ethical high-ground to underscore that, indeed, what we say matters.

“The President is merely the most important among a large number of public servants. He should be supported or opposed exactly to the degree which is warranted by his good conduct or bad conduct, his efficiency or inefficiency in rendering loyal, able, and disinterested service to the Nation as a whole. Therefore it is absolutely necessary that there should be full liberty to tell the truth about his acts, and this means that it is exactly necessary to blame him when he does wrong as to praise him when he does right. Any other attitude in an American citizen is both base and servile. To announce that there must be no criticism of the President, or that we are to stand by the President, right or wrong, is not only unpatriotic and servile, but is morally treasonable to the American public. Nothing but the truth should be spoken about him or any one else. But it is even more important to tell the truth, pleasant or unpleasant, about him than about any one else.”

3 comments on “What We Say Matters”