March 2014
The Gaanges River in India is both revered and reviled: it's worshipped as an incarnation of the divine by nearly a billion Hindus, and is also one of the most polluted rivers in the world.
ESSAYS & INSPIRATION, PHOTOGRAPHY
ganges river,india,Thursday Thought 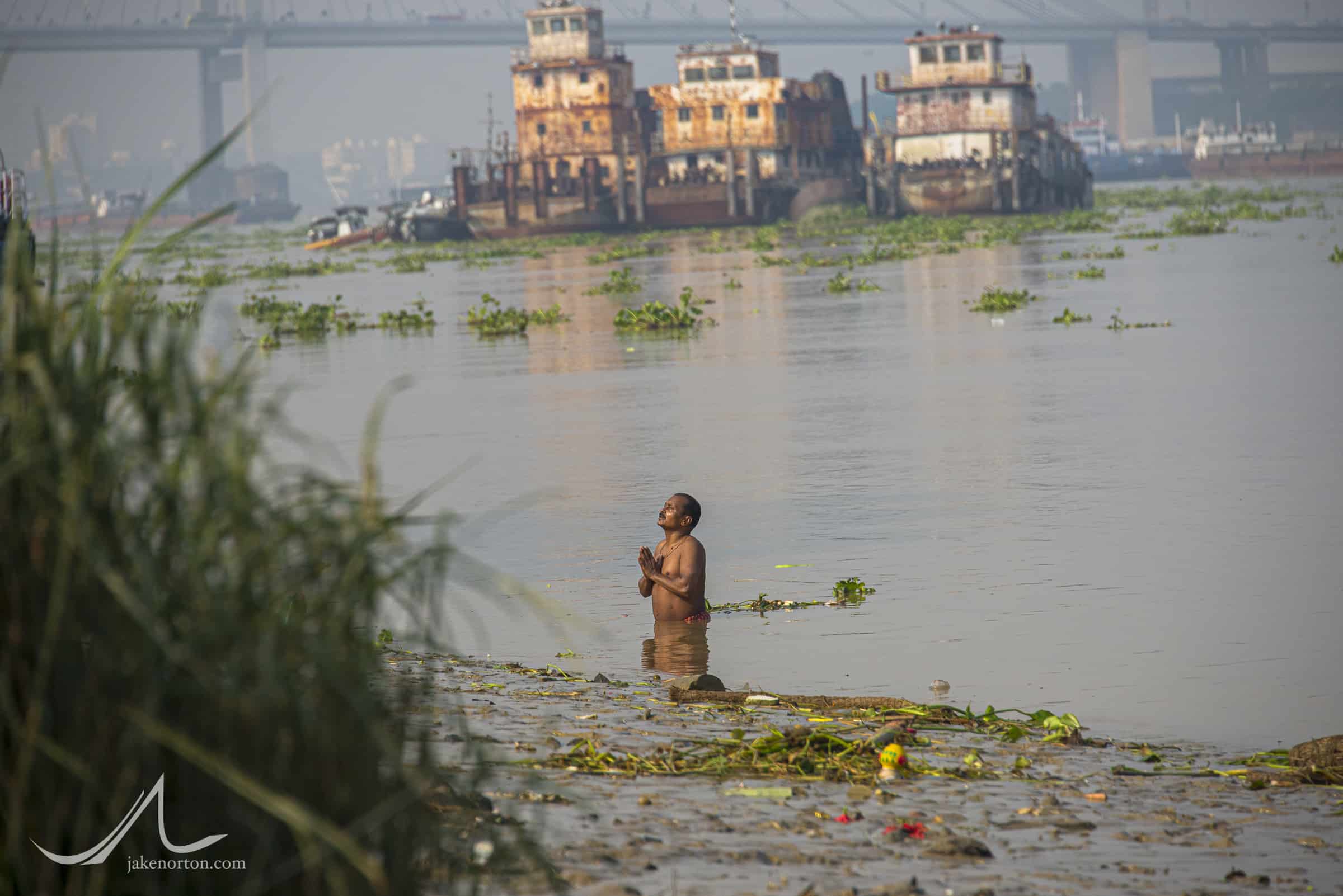 I’m putting together a presentation on the Himalaya and the Ganges River today for my daughter’s first grade class, and have been doing a lot of research lately on the Ganges, its history, and its current condition. So, a quick Thursday Thought on Maa Ganga seemed appropriate. Enjoy!

The great Ganges River – known as Maa Ganga, or Mother Ganges to some one billion Hindus – is a waterway of contradictions. Beloved, it’s waters are considered sacred, the river itself an incarnation of the divine. It’s beloved also for its nourishment: along its 1,600 mile course some 400 million depend on it for survival. They drink it, bathe in it, irrigate with it, create electricity and cool machinery, divert it and dam it, praise it and protect it and pollute it.

The river is also reviled, in places so polluted that nothing lives, its once-pristine Himalayan waters choked with a slurry of toxic sludge, human waste, industrial and agricultural effluvia.

According to legend, the Ganga has divine beginnings. Desperate to rescue his ancestors – sent to the netherworld by Kapila – King Bhagiratha underwent intense penance and was granted the only thing that could save them: the waters of the Ganges sent from heaven. Understanding that the might and fury of the waters would shatter the Earth, Bhagiratha persuaded Lord Shiva to “catch” the falling river water in his dreadlocked hair. He obliged, and her sacred waters began their flow across north India and on to the Bay of Bengal.

Ever since that theological beginning, the river has been an epicenter of Hindu life, and indeed all life in the subcontinent. But, it’s also been reviled for centuries, it’s pollution a disaster, or holiness seen as perhaps a curse. So, for today’s Thursday Thought, a handful of quotations – new and old – on that most sacred of rivers, the Ganges. And, some images to go along.

Pandit, think before you drink that water…
The water is thick with blood.
Hell flows along that river,
with rotten men and beasts.

The Ganga is the river of India, beloved of her people, round which are intertwined her memories, her hopes and fears, her songs of triumph, her victories and her defeats. She has been a symbol of India’s age-long culture and civilization, ever changing, ever flowing, and yet ever the same Ganga.

Of purifers I am the wind, of the wielders of weapons I am Rama, of fishes I am the shark, and of flowing rivers I am the Ganga.

– Shri Krishna in the Bhagavad Gita