November 2019
In Slovenia, the arachnid community builds webs across trails, the delicate, intricate silk catching the morning dew like a string of pearls.
PHOTOGRAPHY, TRAVEL
Slovenia,Travels with Pema 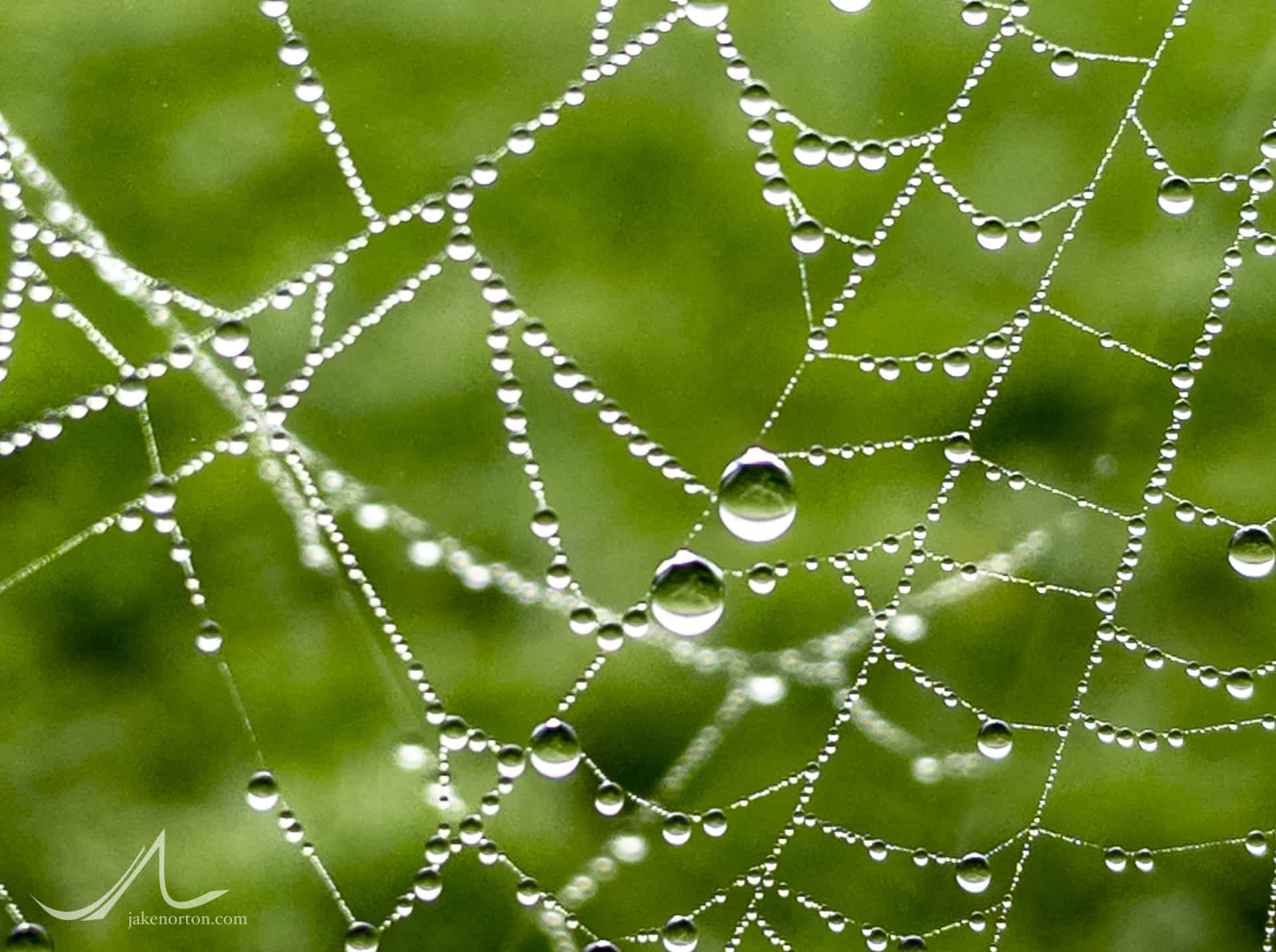 “Do you understand how there could be any writing in a spider's web?" asked Mrs. Arable.

"Oh, no," said Dr. Dorian. "I don't understand it. But for that matter I don't understand how a spider learned to spin a web in the first place. When the words appeared, everyone said they were a miracle. But nobody pointed out that the web itself is a miracle."

"Ever try to spin one?" asked Dr. Dorian.

The first few times, the webs frightened me. I'd be running or hiking through the Slovenian forest, minding my own business, and suddenly my face was wrapped in a tangle of sticky web. I felt a bit like an insect, and could only imagine the web's owner about to sink some fangs into the soft tissue of the back of my neck.

After a dozen or so of these moments, I dropped the irrational arachnaphobia and became simply annoyed by the tangle of web seemingly forever caught in my eyelashes. And, eventually, I moved on to wonder.

In Colorado, we certainly have spiders, but mostly of the shy kind who hide in corners and crevices and under piles of wood; you know they're there, but you've got to look for them.

In Slovenia, the arachnid community builds webs across trails, the delicate, intricate silk catching the morning dew like a string of pearls. The spiders themselves seemed largely the docile type, understandably annoyed when I blundered through a web and wreaked havoc on their creation. But, if I was careful and took time to watch where I was going, the spiders would respond in kind, paying me little attention as they went about their business, allowing me to take some photos and sit and watch one of nature's most amazing creatures do its thing.