March 2022
History repeats itself...but not always with horror. There are repetitions of beauty as well.
ESSAYS & INSPIRATION
History,perspective,politics,Quotations,ukraine 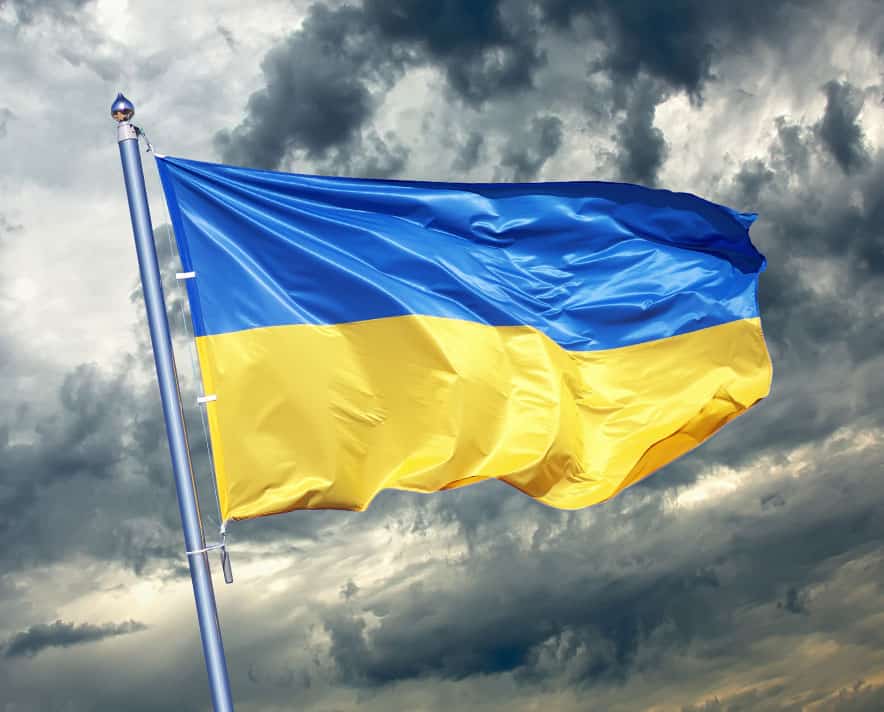 The idea has been reflected upon countless times over eons, usually in response to the uncanny ability for horrific events to spin in repetition like a tortured, demonic phoenix rising from its own sultry ashes.

Today, as a 40-mile long death convoy rumbles toward Kyiv, living out in real time the warped reality of Putin’s Hitlerian fever dreams, the repetition of history seems more present then ever. It was 90 years ago that another Russian dictator, Joseph Stalin, killed an estimated 3.9 million Ukrainians in a man-made famine borne of a desire to collectivize farms and exterminate Ukrainian nationalism in what is known as the Holodomor.

In 1986, in his acceptance speech in Oslo for the Nobel Peace Prize, Elie Wiesel began by remembering his own history, taken at age 15 from his home in Romania and shipped by the Nazis to Auschwitz:

I remember: it happened yesterday or eternities ago. A young Jewish boy discovered the kingdom of night. I remember his bewilderment, I remember his anguish. It all happened so fast. The ghetto. The deportation. The sealed cattle car. The fiery altar upon which the history of our people and the future of mankind were meant to be sacrificed.

I remember: he asked his father: “Can this be true?” This is the twentieth century, not the Middle Ages. Who would allow such crimes to be committed? How could the world remain silent?

We forget, however, that history is not binary. It is not marked solely by blight and horror and tragedy. Within the pages of our collective history is written incredible tales of beauty and inspiration, heroism and stalwart dedication to our highest ideals, our utmost moral, ethical - and human - imperatives.

We see this today playing in real time on our screens and on our news feeds:

We’re indeed witnessing the repetition of history, in both its sordid and stunning forms.

In 1940, as Hitler’s army began its European onslaught in earnest, E.B. White wrote about freedom for Harper’s magazine in an essay titled, simply, Freedom. Witnessing the apathy apparent in many at the time in the USA, White argued eloquently for the principle of freedom - and its inherent corollary, democracy - as the same was under dire threat across the globe:

The least a man can do at such a time [as this] is to declare himself and tell where he stands. I believe in freedom with the same burning delight, the same faith, the same intense abandon which attended its birth on this continent more than a century and a half ago. I am writing my declaration rapidly, much as though I were shaving to catch a train. Events abroad give a man a feeling of being pressed for time…I just want to tell, before I get slowed down, that I am in love with freedom and that it is an affair of long standing and that it is a fine state to be in, and that I am deeply suspicious of people who are beginning to adjust to fascism and dictators merely because they are succeeding in war. From such adaptable natures a smell rises. I pinch my nose.

He goes on, reiterating the idea above of history repeating itself, both in sordidity and beauty:

But I know that the free spirit of man is persistent in nature; it recurs, and has never successfully been wiped out, by fire or flood.

Indeed, freedom - and the human desire for it - is persistent. The thugs of history have tried their best to mute it, eliminate it, cast it to the fires, yet it recurs, this innate human need for freedom, sometimes immediately, sometimes after a period of restless hibernation.

But, like all beautiful things, the desire for freedom - and the hope of its attainment - needs support. None of us can be silent - or worse, praise the aggressor while offering tepid opposition to the aggression. As Wiesel said:

We must always take sides. Neutrality helps the oppressor, never the victim. Silence encourages the tormentor, never the tormented. Sometimes we must interfere. When human lives are endangered, when human dignity is in jeopardy, national borders and sensitivities become irrelevant. Wherever men or women are persecuted because of their race, religion, or political views, that place must – at that moment – become the center of the universe.

And, today, for the most part, we see this. We see the world taking sides, the vast majority on the side of right, the side of Ukraine, the side of freedom and opportunity and peace. We can’t all join the fight in person, as much as we may want to. But, we can take action - in word, in deed, in our purchases and our contributions and our votes - and it’s essential we do so; as Wiesel said, there is much to be done, there is much that can be done:

One person…one person of integrity, can make a difference, a difference of life and death. As long as one dissident is in prison, our freedom will not be true. As long as one child is hungry, our lives will be filled with anguish and shame. What all these victims need above all is to know that they are not alone; that we are not forgetting them, that when their voices are stifled we shall lend them ours, that while their freedom depends on ours, the quality of our freedom depends on theirs. [emphasis mine]

Today, history repeats itself; we have agency to determine if the repetition is one of beauty, or tragedy.

12 comments on “Repetition of History”