Photos from Younghusband’s 1903 Expedition to Tibet 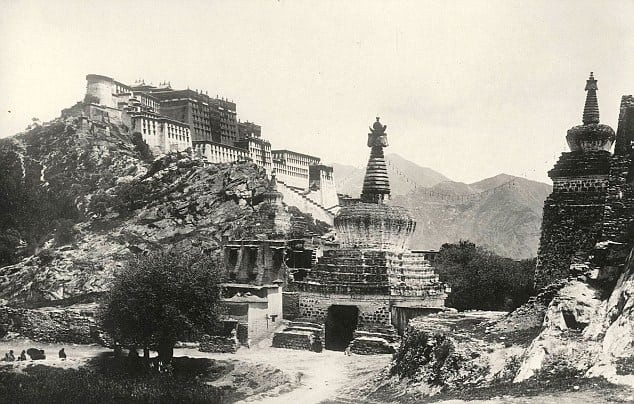 In 1903, Sir Francis Younghusband led an expedition into Tibet during the latter part of the famed Great Game era. It was not a gentle expedition, and while the ultimate goal of establishing British ties to Lhasa before the Russians was accomplished, it came at a high cost to Tibetans in many savage battles along the way.

Co-leading the expedition with Younghusband was John Claude White, the Political Officer for Sikkim. Throughout the expedition, White snapped off many photographs

of still-forbidden Tibet, documenting the people and places of this far-off land. The images were later passed on to Lieut. William Pyt Bennett, who passed them on to his heirs; they remained in Bennett's family for over a century.

While I, nor presumably most of you, won't ever have a chance to see these images from a Tibet now long gone, you can fortunately see some of them online; I've put together what I could find in an album, below.

But, be sure to see the links below for more info on these amazing, rare images of Tibet over 100 years ago!

If you want to read more about this collection, here are some related links:

6 comments on “Photos from Younghusband’s 1903 Expedition to Tibet”

To See or Not To See? That is the question for Noel Odell.

On June 8, 1924, Noel Odell reported seeing George Mallory and Andrew Irvine high on the summit ridge of Mount Everest. Did he see them? Could he have seen them? And, where? Was he confused? A series of thoughts, interpretations, and photo analysis on the subject in today's post.