Out of the Darkness

July 2021
Emerging from the fog of...Depression? Lack of self-confidence and self-respect? All of the above? Some thoughts, quotes, and determination to move forward.
ESSAYS & INSPIRATION, NEWS
perspective,Quotations,Thursday Thought 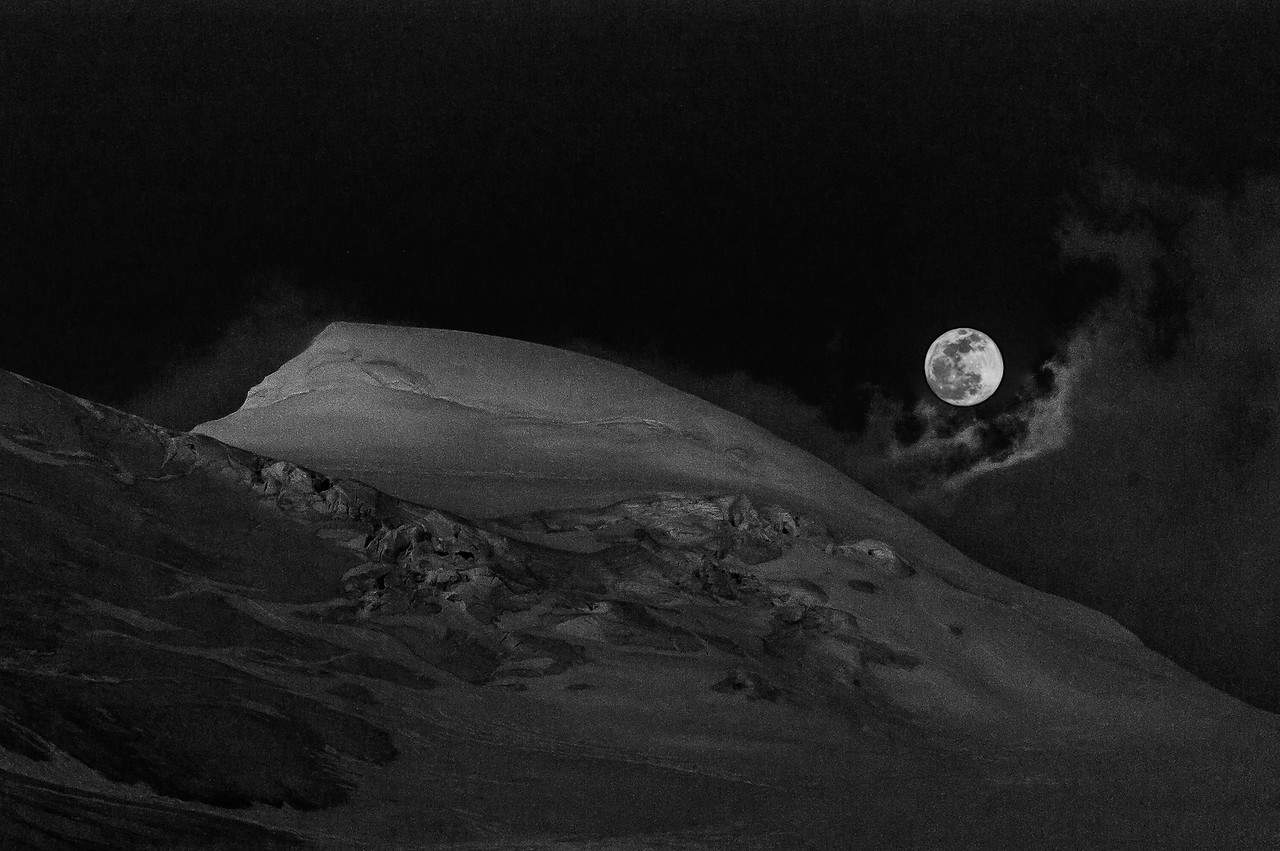 I’m trying to dig myself out. Out of the hole. Out of the dark confinement, the barred prison of my own thoughts, self-imposed if I’m being honest, but easier to blame on the light twinkling beyond the imaginary bars, casting warmth in someone else’s room, someone else’s life.

Depression, in all its nuance and variety, is certainly a thing in my family. It runs deep like a river, its mud splattering the picket fences of generations, carving canyons into faces and psyches and relationships. I’ve long wondered if I have it, too; if the darkness will get me, creep into my being, haunt the recesses of my every thought and every action.

I definitely have some of it, a profound melancholy which heaps up on itself, making the world - or rather my place and validity in the world - seem valueless, pointless, devoid of meaning. But, perhaps I’m not too good at depression, for I’ve never had the real bad bits, the crippling pain emanating from within, the inability to get up, get out, do something. (My family loves pedestals, punctuating life with the bests, the superlatives, the hyperbolic arête of any endeavor - good, bad, or indifferent. In my own twisted mind, since mine is not the stuff of movies or books or poetry, it must not be real, good depression.)

The real thing I’m writing about - the catharsis untangling itself through my fingers as I write - is what I think is going on deeply in my head, in my heart and soul. If it stems from, starts from, has roots in depression, then good - it has a name. But, what I know it as is a crippling inability to find confidence, self-respect. It’s been there a long time: on the baseball field as a kid praying the ball wouldn’t come my way; in bike races and classrooms, the certainty of failure sucking all life from the attempt like a psychological Dyson; at parties and gatherings in college as I faded myself into the shadows, hiding from the possibility (certainty?) of failure. The list goes on.

I’m not looking for sympathy, mind you; there’s far too many who suffer far more, far deeper than I. No, I’m writing to some degree for myself, a physical attempt at untangling the intangible, tracing the mental sinew to discover its stubborn roots and connections. I’m also writing this as a form of mea culpa, a feeble-but-genuine explanation for my silence these past five weeks. And, I guess I’m writing all this because I’m betting some of you - maybe lots of you - experience the same; if you do, I’d love to talk about it - leave a comment below, or shoot me a note.

The questioning is incessant, the answers insistent. Why are you doing this? You’re not good enough. Does anybody read this, or care? Of course they don’t. Who are you to think you have a voice, a platform, a point? No one, period.

For much of my life, I haven’t given those things much thought. Through pure stubbornness coupled with a love for the satiating aloneness of the mountains, I’ve long been able to cover my mental tracks, compensate for insecurity with hard work, self-disrespect with simply pushing harder, wielding the cudgel of self-loathing to get myself to do more, more, more. But, like any bad habit, my patterns eventually catch up with me, leading to the eventual, inevitable crash.

To live without self-respect is to lie awake some night, beyond the reach of warm milk, phenobarbital, and the sleeping hand on the coverlet, counting up the sins of commission and omission, the trusts betrayed, the promises subtly broken, the gifts irrevocably wasted through sloth or cowardice or carelessness. However long we postpone it, we eventually lie down alone in that notoriously uncomfortable bed, the one we make ourselves. Whether or not we sleep in it depends, of course, on whether or not we respect ourselves.

- Joan Didion, "On Self-Respect" from Slouching Towards Bethlehem

The one we make ourselves, as we all do. Reflecting on it all, I see my lack of confidence, my dearth of self-respect, emanates from a perverted expectation of perfection in myself, a deep-seated belief that all I do must be the best (remember those pedestals) or there’s no use in trying. Failure is not an option. Mediocrity perhaps worse.

Of course, this leads to a bad cul de sac, a Sartre-esque path from which I can’t possibly escape, for failure is always a possibility, mediocrity at times a given, and the nature of life (as social media reminds us ad infinitum) is that there is always someone, somewhere, doing just what I’m doing, but doing it better, having more fun, and meeting more success. As Didion wrote of the warped mental games when we lack self-respect, self-confidence: “To do without self-respect…is to be an unwilling audience of one to an interminable documentary that details one’s failings, both real and imagined, with fresh footage spliced in for every screening. There’s the glass you broke in anger, there’s the hurt on X’s face; watch now, this next scene, the night Y came back from Houston, see how you muff this one.”

It’s a hilarious-but-true depiction, a truism of my oft-repeated experience. She continues:

If we do not respect ourselves, we are on the one hand forced to despise those who have so few resources as to consort with us, so little perception as to remain blind to our fatal weaknesses. On the other, we are peculiarly in thrall to everyone we see, curiously determined to live out—since our self-image is untenable—their false notions of us. We flatter ourselves by thinking this compulsion to please others an attractive trait: a gist for imaginative empathy, evidence of our willingness to give. Of course I will play Francesca to your Paolo, Helen Keller to anyone’s Annie Sullivan: no expectation is too misplaced, no role too ludicrous. At the mercy of those we cannot but hold in contempt, we play roles doomed to failure before they are begun, each defeat generating fresh despair at the urgency of divining and meeting the next demand made upon us.

It is the phenomenon sometimes called “alienation from self.” In its advanced stages, we no longer answer the telephone, because someone might want something; that we could say no without drowning in self-reproach is an idea alien to this game. Every encounter demands too much, tears the nerves, drains the will, and the specter of something as small as an unanswered letter arouses such disproportionate guilt that answering it becomes out of the question. To assign unanswered letters their proper weight, to free us from the expectations of others, to give us back to ourselves—there lies the great, the singular power of self-respect. Without it, one eventually discovers the final turn of the screw: one runs away to find oneself, and finds no one at home.

- Joan Didion, "On Self-Respect" from Slouching Towards Bethlehem

So, how to continue? Head down, I reckon, and keep moving forward, but also find, cherish, embrace the opportunities to be alone. For years, decades, my time alone, far away in the hills, was my solace. Away from people, just me and the trees and rocks, mountains and rivers, I could find myself and find that someone was indeed home. The tonic of wilderness coupled with solitude would at once feed my soul and nourish my confidence, allowing me to come back refreshed, rejuvinated, ready to dive once more into the world.

Years ago, I would climb without caring, for I figured no one was watching. I used to write what I believed, for I thought no one was reading. It’s time for me to re-embrace those attitudes, free myself from the interminable documentary of my own missteps and mistakes. As May Sarton wrote:

So much of my life here is precarious. I cannot always believe even in my work. But I have come in these last days to feel again the validity of my struggle here, that it is meaningful whether I ever “succeed” as a writer or not, and that even its failures, failures of nerve, failures due to a difficult temperament, can be meaningful.

Thanks for reading, supporting, and being patient with me on this journey.

31 comments on “Out of the Darkness”