September 2020
We Americans - and, indeed, all humans - have more in common that we recognize. If we can seek out commonality rather than division, we can sow the seeds of unity and understanding.
ESSAYS & INSPIRATION
commonality,we are one 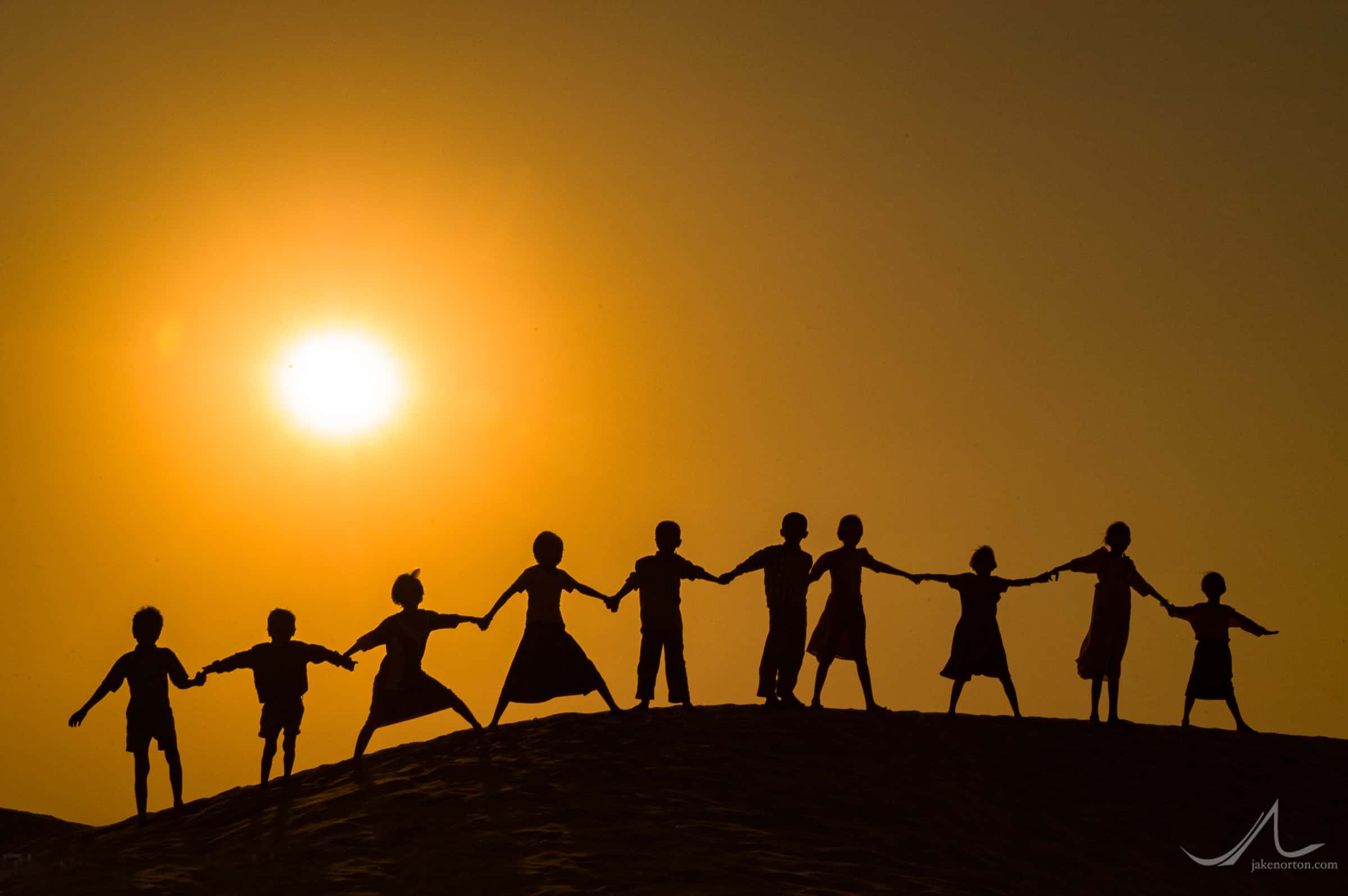 “What the hell are you doing trespassing on my property?” he asked gruffly, angrily, threateningly, as I stood, knee-deep in the creek that runs past our house. I was throwing a rock for our 14 year old dog, laughing at her antics with my 10 year old son; he was standing next to a growling pickup inches from the bank.

I’ve never liked confrontation much, so I spoke softly, apologized for trespassing (which, technically and admittedly, I was), and moved with my son and dog the ten feet back to my property. He whipped his truck around, speeding off through the meadow in a burst of exhaust.

I wondered immediately how the situation could have been different: Rather than conflict, could we have found connection, even conversation? After all, we live in the same small town, essentially on the same street. (He doesn’t actually own the property next door, but takes care of it.) We’ve traveled to the same places around the world, and judging from his smiles in posted pictures, he loved them as much as I. I’m the one who picks up boxes and other trash from “his” meadow and creek that blows in from open trashcans up the road. Had we spoken, some of this might have been discovered, tensions eased, and division dampened to some degree.

Unfortunately, all we got was conflict.

Sadly, that little interaction on the creek was an example of the countless interactions — in person or virtual — that happen daily in today’s America. We snap to judgment based on trivialities, failing more often than not to discern the truth that behind the snowflake in the creek or the dude in the MAGA hat, there lies a person, a real person with real feelings and real reasons for their perspectives and persuasions, their fears and hopes and anxieties and dreams.

When I was a kid in Topsfield, Massachusetts, things we pretty bucolic. We lived in a nice but simple house, on a nice but simple street. We were a neighborhood, not of echo-chamber automatons looking, thinking, and reacting in unison, but rather a neighborhood of people who put respect, understanding, and empathy before judgment, anger, and antipathy. We didn’t all vote the same (Carter, Reagan, and Anderson were in a tough campaign around that time), nor did we worship the same. Our driveway — owned by my divorced, liberal mother, head of a house full of Agnostics at best, Athiests at worst — was regularly cleared by our neighbor and friend, a devout and conservative Catholic. As he got older and I got stronger, I’d clear snow for him while listening to organ music wafting from his living room. We played and had barbecues with all our neighbors, regardless (or perhaps in spite) of our many differences. We understood each other as people first, and stereotypes a distant second, if at all.

In recent years, all that’s seemed to change. We tend to apply the stereotype first, pass our judgment, and that often renders useless our ability to see the person. About two years ago, I was selling a bed on Craigslist. When the buyer came up the road to get it, my radar went off: Big truck with a big flag, and a guy driving wearing a bright red MAGA hat. “Just make it short,” I told myself as he pulled into the driveway. “No talking beyond what’s needed; there’s nothing to like about this clown.” But, my politeness got the better of me, and we started making small talk, learning about one another and our similarities rather than our difference. I had a #watermatters shirt on, and we found we’ve both worked on behalf of the environment, protecting clean water at home and abroad. We were both from back east, and neither had an accent. His dream is to live in the mountains — in a place like Evergreen — but he’s struggling to find a job that pays the bills. We both have kids, and worry about their futures, their abilities to find and pursue their dreams, to build a life and be safe and happy.

Behind me, clearly visible inside the garage, was an old “Clinton-Kaine” yard sign from 2016 which had yet to make it to the recycling bin. I’m sure he saw it over my shoulder, but if he did, he didn’t mention it. I helped him load the bed into his truck, we shook hands, wished each other — in earnest — good luck, and off he went.

Two humans finding what they have in common rather than assuming an uncrossable chasm of difference — and letting our assumption create a reality. We need more of the former, less of the latter; but to do so requires us all to put in the effort and the empathy.

“My wish, indeed my continuing passion, would be not to point the finger in judgment but to part a curtain, that invisible shadow that falls between people, the veil of indifference to each other’s presence, each other’s wonder, each other’s human plight.”

ESSAYS & INSPIRATION
commonality, we are one