September 2020
Echoes of Slobodan Milošević are appearing in American politics under Trump. History tells us we should be wary, and concerned.
ESSAYS & INSPIRATION
Bosnia and Herzegovina,politics 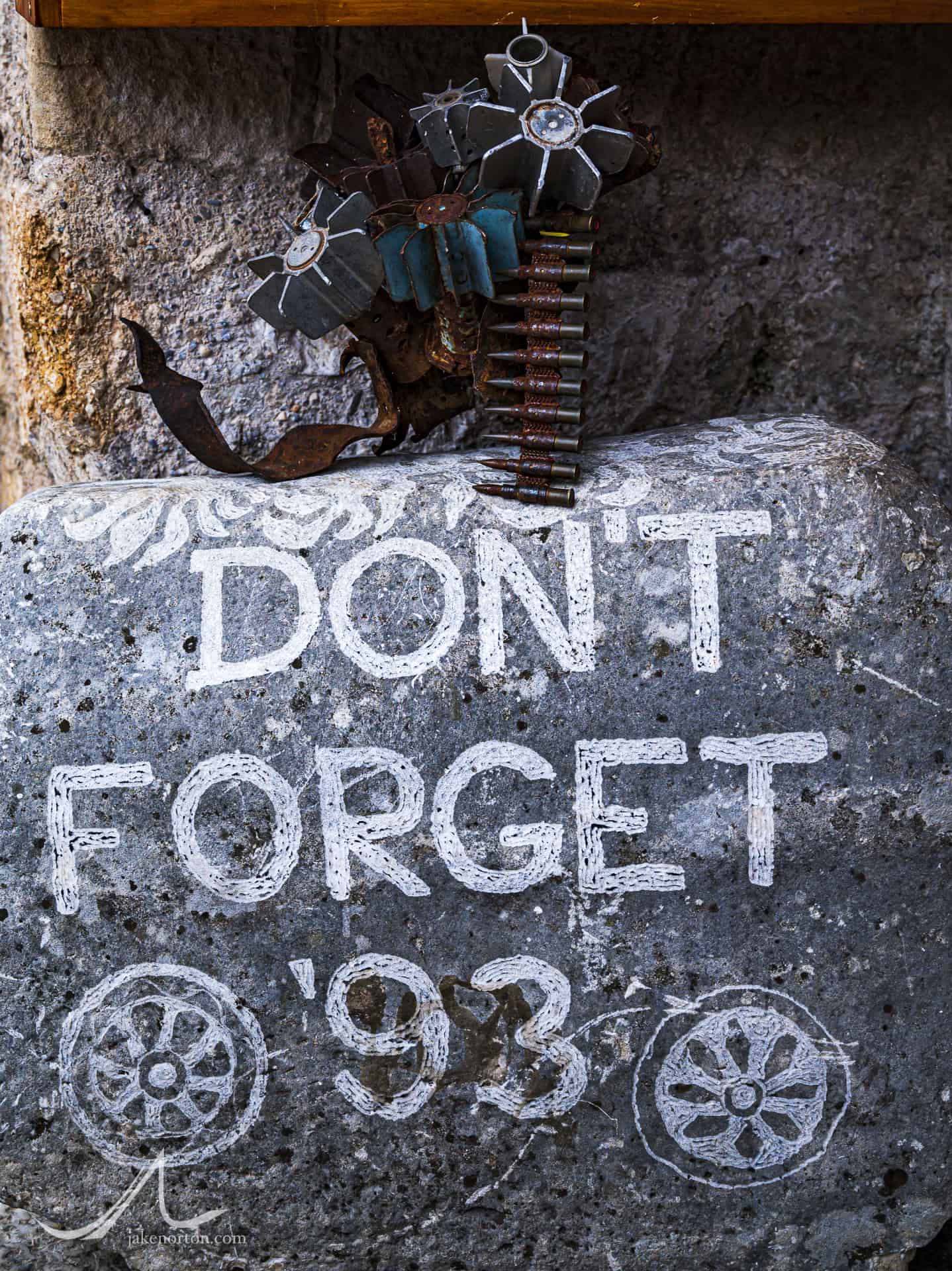 The scene was tense, the air crackling with grievance, some likely justified. His trademark-quaffed hair ruffled in the breeze as the unruly crowd shouted and jostled. He looked confident, yet noticeably out of place: he had not been a high level political leader before, and the angry masses surrounding him demanded a strong statement, one that would legitimize seething nationalist sentiments while breaking with all historic norms of unity, brotherhood, solidarity. A cunning man, he saw his opportunity and took it. Leaning slightly backward, breathing inward deeply through his nose, he uttered six words: “You will never be beaten again!”

The angry crowd cheered, the press repeated those words endlessly across the airwaves, and he was rapidly propelled on a wave of nationalist resentment to the highest seats of power.

That was 1987 in Kosovo, and we will never know whether Slobodan Milošević knew precisely what he was doing on that day (Milošević died in his cell at the Hague during his war crimes trial in 2006). But, we do know those six words rekindled the long-smoldering furies of ethnic Serbs who felt marginalized and forgotten in post-Tito, economically-ravaged Yugoslavia. And, we know that the sudden, dramatic rise of Serb nationalism — and Milošević’s political maneuverings to support it — led to and encouraged the rise in nationalist sentiment throughout Yugoslavia, resulting in the secession of Slovenia and Croatia in 1991, the eventual breakup of Yugoslavia, and the worst and bloodiest ethnic conflicts in Europe since World War II. The conflicts — from Croatia to Bosnia and Herzegovina, Kosovo to Montenegro — included death and rape camps, ethnic cleansing, horrific atrocities from all sides, and left some 140,000 former countrymen dead.

The United States in 2020 is certainly not Yugoslavia in 1990. We are blessed with over two centuries of working out the nuance of effective democracy, and we have enjoyed a robust system of checks and balances to help ensure our system functions as intended, and to correct course when it does not. And, for most of our history, we have benefited from the enlightened leadership of presidents who believe in our country and its potential reflected in united states, united people, celebrating our strength in unity rather than cynically stoking the flames of division.

In today’s political landscape, however, we are seeing echoes of Milošević, of his cynical-yet-effective strategy of playing resentment over unity, division and violence and hatred over commonality, mutual support, and true patriotism. And, steadily beating the drum, directly and indirectly supporting and legitimizing and encouraging the most vile and violent fringes of our society, is Donald Trump.

We saw it clearly last night during the “debate,” as Trump was asked a simple question with an equally simple answer: Would he disavow white supremacy, and ask white supremacists to “stand down?” Any sane leader — any true American — would have known the only answer to that question: Yes. White supremacy and its history of intolerance, division, and violence has no place in our nation. But, Donald Trump is not a sane leader, nor a true American; he’s a serial opportunist, and thus he of course emboldened white supremacist/nationalist ideologues by saying to the Proud Boys: “Proud Boys, stand back and stand by…” The response from the group was as immediate as it was predictable and haunting: “Standing down and standing by sir,” wrote co-chairman Enrique Tarrio.

Like Milošević before him, I doubt Donald Trump has a true plan in mind, but the cunning opportunist in him knows instinctively to continue feeding the resentments of his basest base, to keep them charged and ready and “standing by,” without much thought to long term ramifications. Thirty years ago, Milošević did the same with the likes of convicted war criminals Radovan Karadžić, Ratko Mladić, and Vojislav Šešelj (who happens to be an ardent Trump supporter), enabling and encouraging their ethno-nationalist agendas. The resulting horrors like Vukovar, Kosovo, the Srebrenica massacre, and more stand testament to the very real dangers of faux leaders like Trump.

We, as Americans, must learn from our past — and our present — and vote for our collective future.