A Call for Courage

September 2020
The K2 expedition of 1953 was a lesson in teamwork and courage, and hold many messages for us to draw upon today.
ESSAYS & INSPIRATION, MOUNTAINS & ADVENTURE
History,k2,K2 1953 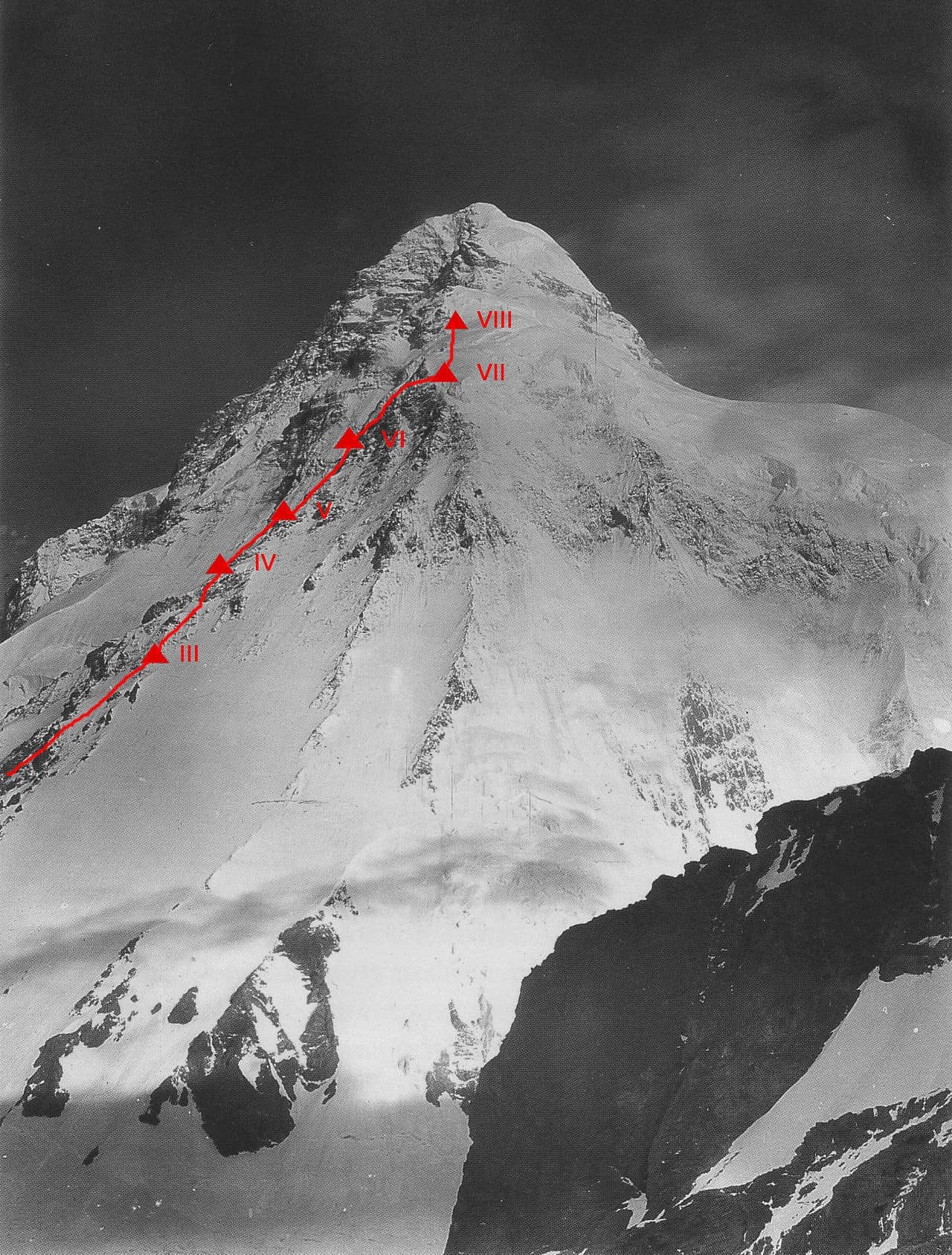 On August 11, 1953, a storm raged at 25,500 foot Camp VIII, shredding tents and extinguishing stoves, battering the party of eight climbers hunkered in tents and facing a huge emotional and ethical challenge: Should they continue their push to become the first to summit the world’s second highest peak, Pakistan’s K2, or abort their summit attempt and work to save the life of teammate Art Gilkey, who was suffering from thrombophlebitis — blood clots in both legs that had moved now to his lungs as well.

Neither option was great. Going for the summit would secure a place in the records books for the team, realizing a dream years in the making…but would almost certainly cost the life of Gilkey. Rescuing Gilkey from the mountain would not only cost them the summit, but would be incredibly risky, endangering the lives of the entire team as they tried to get a no-longer-mobile man down one of the most notoriously steep and dangerous mountains in the world.

I had the good fortune of meeting many of the team — leader Charles Houston, Dee Molenaar, Bob Bates, and Bob Craig — half a century later, and without exception they all said the same of their decision: it was simple. They would sacrifice the summit — their goal, their ambition, their dream — to save their friend’s life, even at great personal risk and peril. As Charlie Houston said when we met in 2007: None of us, not a single one, could have left Art there on that mountain. We were a team, we did this together or we didn’t do it at all. Rescuing Art was not a matter for deliberation; it was simply the right thing to do, regardless of the risk, the cost, the self-sacrifice involved.

The story of the rescue is an icon of mountaineering lore (read about it in-depth here): Seven men — Houston, Molenaar, Bates, Craig, Tony Streather, George Bell, and Pete Schoening — in two rope teams risked everything. They worked tirelessly, lowering the immobile Gilkey — wrapped in a makeshift litter constructed of a sleeping bag and a tattered tent — down an unknown route. Eventually the inevitable happened: George Bell fell on steep ice, pulling ropemate Streather off his feet. Their rope caught the other rope team, and all began a cartwheeling fall toward the Goodwin Austin Glacier, two miles below. Somehow, in the midst of it all, Pete Schoening was able to perform a heroic boot-axe belay, arresting all the climbers in an act known simply as “The Belay.” The men were saved, but soon after Gilkey was swept away in an avalanche. The remaining climbers eventually returned to safety.

I’ve reflected on the story of the 1953 K2 expedition many times in my life, in the mountains and on terra firma. Beyond adventure and heroism, risk and tragedy, more than anything their story underscores the true meaning of courage. Courage not in doing something risky (although they were), not in being a daredevil (some might call them that), not in our traditional, misinterpretation of courage as chest-thumping bravery. Rather, courage in it’s most simple, most profound, most important, and most rare way: doing the right thing, regardless of the personal cost, regardless of how much it scares us to do so.

This courage — true courage — is in desperately short supply these days, especially in those in whom we need it most. Courage is not hiding the truth from your people to avoid panic: courage is stating the facts of a difficult situation coupled with a plan to meet that challenge. True courage is not going back on prior positions and statements simply because it’s politically expedient or advances your partisan agenda; true courage is standing by your word and doing the right thing, at the right time, for the right reasons. Courage is not telling the nation to use your words against you when it appears courageous, and then hiding from those same words when it’s convenient. Courage isn’t doing something you know is wrong simply because the other side would do it if they had the chance. And, I’d argue, courage is not retaliating against another’s misdeeds by committing questionable deeds yourself.

No, courage is not any of these things. Courage is, as Winston Churchill noted, “the finest of human qualities because it guarantees all the others.” Without it, we cannot be assured of integrity in the face of risk, responsibility in the face of danger, honor in the face of terror, or much of anything we need when our leaders are tempted by self-interest and partisan gain.

A late, great, and exceptionally courageous man, John McCain, said it best: “[C]ourage is the enforcing virtue, the one that makes possible all the other virtues common to exceptional leaders: honesty, integrity, confidence, compassion, and humility. In short, leaders who lack courage aren’t leaders.”

We deserve true courage in our leaders. May we send them that message, loud and clear, in November.