January 2019
Of all sides of Everest - the south from Nepal, the north from Tibet, and the east, also from Tibet - it is the eastern approach via the Kama and Kangshung Valleys, which are the most stunning.
MOUNTAINS & ADVENTURE, PHOTOGRAPHY
Everest,Everest History,george mallory,Thursday Thought 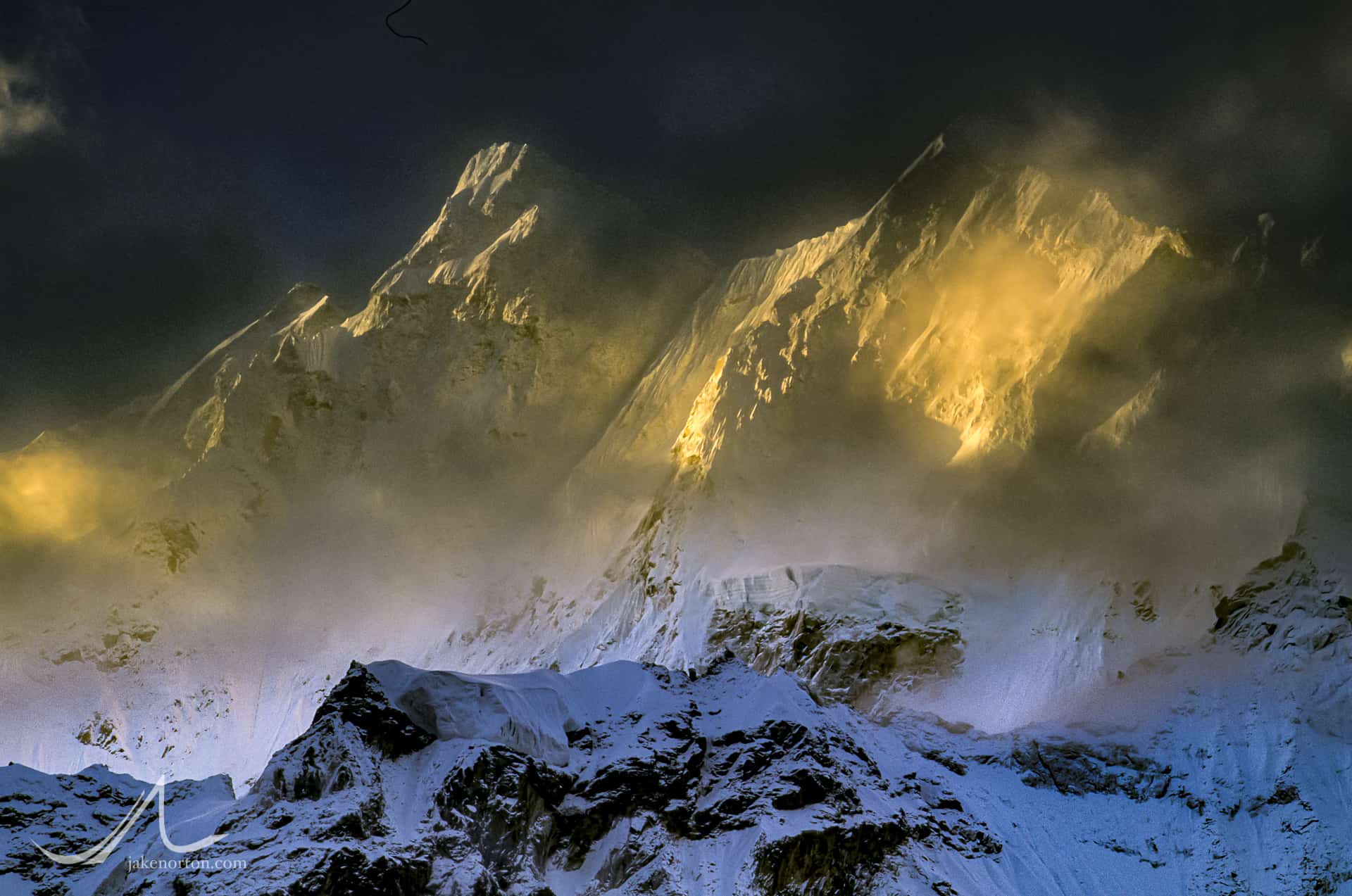 I’ve been fortunate over the years to see all sides of Mount Everest, climbing it from the south and the north, attempting the West Ridge, and trekking all around its ramparts.

Back in 2000, though, I got to lead a trip into east side of the mountain, via the Kama Valley and toward the famed Kangshung Face. It was then – and still is – a much forgotten side of the mountain, by climbers and trekkers alike. Remote, largely uninhabited, and subject to massive and intense storms, it repels visitors, but offers incredible splendor to those to venture in.

George Mallory, along with Guy Bullock, was perhaps the first foreigner to see this side of the mountain on the Reconnaissance Expedition of 1921. He remarked, upon gazing at the 10,000 foot Kangshung Face: “Other men, less wise, might attempt this way if they would, but emphatically, it was not for us.”

On seeing sunrise one August morning, he wrote: “Even before the first glimmer of dawn, the white mountains were somehow touched to life by a faint blue light- a light that changed, as the day grew, to a rich yellow on Everest and then a bright grey-blue before it blazed all golden when the sun hit it, while Makalu, even more beautiful, gave us the redder shades, the flush of pink and purple shadows.”

And, later, and more in-depth description of this remarkable valley and peaks: “We went out into the keen air; it was a night of early moons. Mounting a little rise of stones and faintly crunching under our feet the granular atoms of fresh fallen snow we were already aware of some unusual loveliness in the moment and the scenes. We were not kept waiting for the supreme effects; the curtain was withdrawn. Rising from the bright mists Mount Everest above us was imminent, vast, incalculable- no fleeting apparition of elusive dream-form: nothing could have been more set and permanent, steadfast like Keats’s star, ‘in lone splendor hung aloft the night’, a watcher of all the nights, diffusing, it seemed universally, an exalted radiance.”